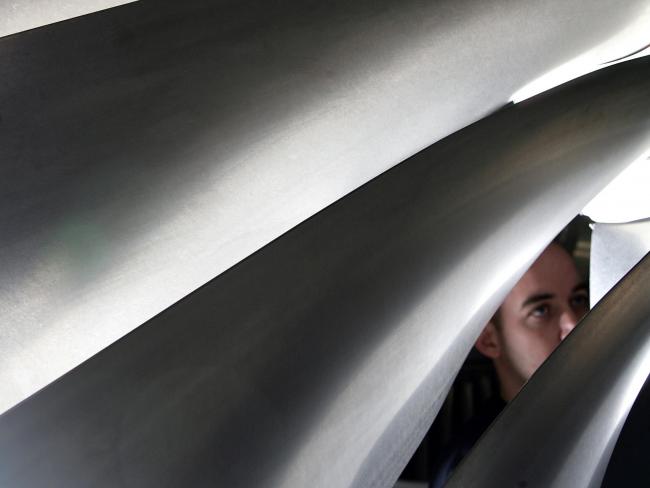 Rolls-Royce has pursued a strategy of moving jobs out of Britain. After years of cooperating in reorganisations, workers are now beginning to question that stance as redundancies mount while record orders come in.

There has not been a significant number of new jobs in Britain, despite investment in replacement manufacturing facilities and a stronger Repair and Overhaul operations section. On the other hand overseas investment has seen growth in the company’s workforce outside this country. In fact, nearly all new projects have been earmarked for production outside Britain.

Then, in November 2014, Rolls-Royce plc announced proposals to reduce its workforce in the Aerospace Division by 2,600 jobs throughout the world over the following 18 months. But with Rolls-Royce’s order book currently standing at a record £76 billion, the workforce is not happy with the job losses.

And after Rolls-Royce gleefully announced in April its largest order ever – worth $9.2 billion, to supply aircraft engines and support to the Emirates airline – workers asked management for a change to the current policy of enforcing redundancies in the aerospace sector.

‘The company relies on the workforce in Britain for fundamental design knowledge.’

The answer from the out-going executive John Rishton was a resolute reiteration of the same message that the British workforce has heard for some time. It amounts to “go away and keep helping us transfer your jobs to other countries”. Meanwhile, the company relies on the workforce in Britain for the fundamental design knowledge that allows it to pursue its “Low Cost Countries” strategy. The company states this is to “secure profitable growth”.

The Rolls-Royce unions have worked to prevent compulsory redundancies and on the whole have been successful. But in response to the one-sided situation on job location, Unite members at the company have decided to start a dispute fund. This aims to counter the complacency of the company during negotiations.

The company has claimed in recent public statements that there is a strong future for the workforce in Britain. But it also said that investment must be focused in customer markets and therefore the engines need to be built in those countries. Rolls-Royce workers in Britain have to come to terms with that and find a way to keep jobs here.

Britain has the largest aerospace industry in Europe, employing over 100,000 workers –second only to the United States globally. The aerospace industry contributes £24 billion to the British economy every year, with hundreds of smaller businesses involved in supplying high-profile firms such as Rolls-Royce, and supports 230,000 jobs across the country.

Rolls-Royce is focusing its bid for expansion in the civil aerospace market on Asia. The fastest increase in new aircraft use will be in China, India, South Asia and Russia. Factories are opened in emerging countries, Singapore and India for example, because many contracts for new engines are only possible if a proportion of the input to the engines is locally sourced (now, there’s an idea that might boost British manufacturing!).