A sustainable future for higher education 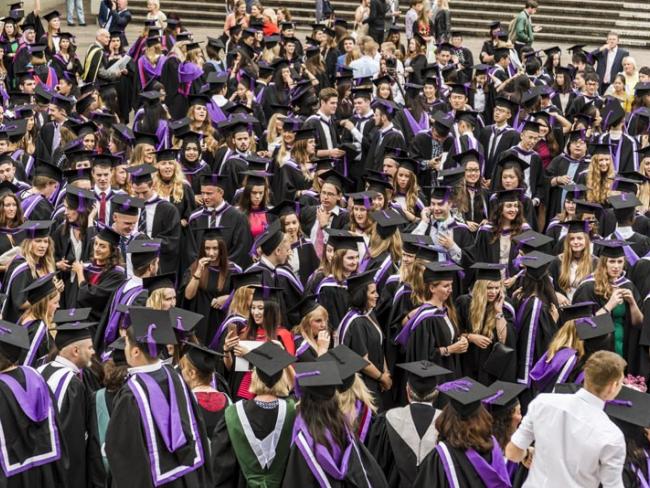 No wonder universities are in a financial mess. Wedded to a business model that relied on speculative investment to bring in increasing numbers of foreign students, they are going to have to re-focus on Britain to survive…

Britain’s universities, open and working throughout the pandemic, are facing a double challenge in the next academic year. They have to provide face-to-face teaching as soon as possible in the academic year, within the constraints imposed by the impact of Covid-19, while simultaneously reorienting their current business model, which is over-reliant on the income derived from overseas students.

The first challenge will be met by hard-working university staffs, who during the pandemic have ensured that teaching could continue, and examinations could be conducted. Now they are turning their creativity and expertise to ensuring that teaching is delivered effectively from the beginning of the academic year, in most universities through a blended learning model.

This model is designed to allow a gradual shift from online to more and more face-to-face teaching as soon as possible – not least because there is good research to show the limitation of online alternatives. In addition, many university programmes, such as healthcare, performing arts and most sciences, require access to specialist equipment; for others, such as community development, the inclusion of a placement is essential in order to qualify.

Universities UK, the voice of university employers, and the University and College Union (UCU) need to reassure new students applying to undergraduate degree programmes that they will not only be safe but also that during their degree they will get the experience and learning opportunities they require to graduate. One-year Master’s programmes present more of a challenge and many may be moved to a January start.

‘New students need to be reassured that they will get the experience and learning opportunities they need to graduate.’

Both Universities UK and the UCU have issued measured and careful guidance on how to proceed. The principles for emerging from lockdown published on 3 June by Universities UK are encouraging in that they expect institutions to provide “as much in-person learning, teaching, support services and extra-curricular activities as public health advice and government guidance will support”. The UCU has in place “five tests” for moving forwards.

Given the evidence on pre-symptomatic and asymptomatic virus carriers it seems sensible to have temperature checks and an easily accessible testing facility, especially during September and October, at places where people from all over the world normally would collect in their thousands, often in very close proximity to one another in packed lecture halls. The University of Birmingham, for example, though not the largest, has 7,300 staff and 35,445 students.

In England, the Office for Students has emphasised the need to reduce permanent damage and ensure that the sector and students can get back to normal working as quickly as possible. While many universities have good joint university/union agreements in place, such as the one at the University of Glasgow (see Box), the employers will be totally reliant on their staff for meeting the challenge, and the disputes over pay and pensions which preceded the pandemic will not magically disappear.

There is a fine line for the employers to tread here because the other challenge is firmly in their court – how to reorient the current unsustainable business model reliant on the inflated fees paid by overseas students. One survey suggests that half of overseas students may defer.

Universities cannot expect to rely on fees from overseas students indefinitely. This was always a feeble strategy, which this health emergency has proven to be a broken reed.

Overseas students typically pay up to three times the fees of domestic students, making them a vital source of revenue both for those universities which are cash-strapped, and for those wealthier universities desperate to sustain wildly ambitious building programmes undertaken so that they can expand further to accommodate even more of the cash-cow students.

As UK Construction Online notes, universities fund their building programmes using private finance including bank credit, income from research grants, capital endowments, PFI, charitable trusts, private corporations and sponsors and fees from overseas students The fees are crucial to enable them to keep up the cut throat competition they wage against each other, expanding out of all recognition.

Higher education is in trouble and has been for some time, as Timothy Devinney and Grahame Dowling explain, writing in the Times Higher Education Supplement. They cite “the pressures that come from demands for greater efficiencies and concerns over value for money. For the most part, university management has addressed these pressures by raising revenues through expanding and diversifying recruitment; geographic and programmatic expansion; squeezing efficiencies out of the teaching function (via casualisation and increasing student-to-staff ratios); raising debt in the bond markets; and, where possible, fundraising”.

The amount of money ploughed into university building projects over the past four or five years is staggering.  Over this period, construction began on 593 separate schemes for the 24-strong Russell Group of leading research universities, with the University of Manchester alone pumping £625 million into 47 projects, including the £350 million Mecanoo-designed Manchester Engineering Campus development. Other recent big-spenders include Swansea University (more than £550 million) and the universities of Edinburgh and Cambridge (both £330 million-plus).

Now universities in the UK face the prospect not just of redundancies but of closures. Loss of overseas students is being translated into redundancies as some university managements have already indicated they are unable to cope with the financial implications of dramatically lower student numbers and are trying to cut back on staff.

The University of Roehampton, for example, has recently announced a voluntary redundancy scheme for academic staff. It has proposed pay cuts for all staff (grade 7 and above) to start from 1 August, along with an increase in workloads and a suspension of all upcoming research sabbaticals.

At the School of Oriental and Asian Studies, management is addressing a financial crisis with plans for wholesale job losses and cutbacks. Liverpool University has announced the blanket ending of 600 fixed-term contracts, while Imperial College’s contraction plans threaten up to 156 jobs.

The way universities are financed is going to have to change – and there are already some positive signs that it can. A report by London Economics titled “Impact of the Covid-19 pandemic on university finances”, commissioned by UCU and released on 1 May 2020, includes a key finding “there are very significant incentives for HEIs to replace losses of international students with domestic students ...”

The number of school leavers in Britain is set to rise by a fifth between 2018 and 2030, leading to a growth in home demand for higher education. In this difficult situation there is an opportunity to address both challenges and put the whole sector on a much more sustainable footing.

‘The amount of money ploughed into university building projects is staggering…’

The horrible distortion of higher education in our university system pushes out British students. Of the University of Birmingham’s 35,445 students 30 per cent come from outside the UK (HESA, 2020). The number of university students from England fell by 15 per cent from 2017-18 to 2018-19.

We educate and train far too few of our young people. To rebuild our economy and our society after the pandemic we need to invest in education and training. Shockingly, under Cameron and May, spending on these fell from 4.9 per cent of GDP in 2012-13 to 4.1 per cent in 2017-18.

In the three years since the referendum the number of EU students fell, so universities had to amend their business model to suit the changed market. We need more education not less (not least to help recover from the pandemic). We need many more home-grown educated and skilled people, not fewer, as will other countries.

Yet many universities are turning their backs on our young people. A new report, No Room At the Top, written by Neil O’Brien for think tank Onward, notes that the decision by Oxford and Cambridge universities not to expand their numbers means that for every additional overseas student joining, a British student loses out.

At University College London, the London School of Economics and Imperial College London, for example, the proportion is 50 per cent. Between 2014-15 and 2018-19 the dozen universities with the highest entry requirements in England added 4,895 first-year students from abroad but only 350 from the UK.

Now is the time to take a good look at how UK higher education, which is currently designed to educate our competitors, can instead be directed again to what in the USA they call “the public good”. So-called globalisation (a fancy, classless name for virulent international capitalism) has gone a long way towards destroying the public spiritedness of higher education.

We need a return to the founding principles of universities – to provide a high level and standard of education for the young people of Britain. This must be the basis of a decent and civilised future for our country.