Time to clean up the monetary mess 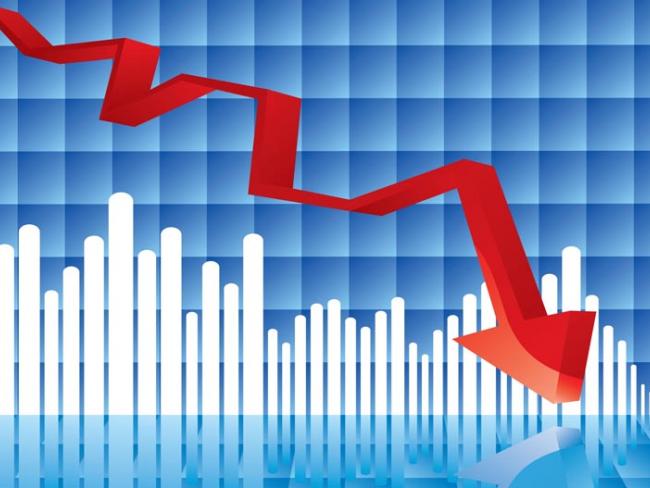 The Covid-19 crisis has made it even more essential to get to grips with capitalism’s monetary mess. Quite simply, Britain’s whole business model is wrong.

The government must finalise our departure from the EU this coming December without extending the transition. The focus can then move to our production needs, free of EU control.

Some say that the Covid-19 epidemic has derailed the process. But the advocates of delay wilfully ignore one of the main advantages of Brexit – the opportunity to rectify the monetary mess after the crash of 2007/2008, when governments around the world created cheap credit in an attempt to re-start their economies.

And what a mess it is.

Since 2008 much corporate lending has moved from banks to bond markets. This March some unresolved consequences of the bailouts surfaced when the market for company debt held in bonds started to collapse.

Even before the full impact of Covid-19 hit, the debt markets had broken down completely. No one has known what borrowing rates should apply. Predictably, the companies that had borrowed heavily using bonds were the ones most at risk. They suddenly found themselves struggling to refinance their debt. Their access to capital loans had dried up or refinancing costs had soared.

Companies that had continually renewed short-term credit at record low rates of interest without any thought of repayment came unstuck. Who will pay the price? Workers in the companies, who stand to lose their jobs. And workers generally, who will shoulder the cost of the inevitable bailouts.

This did not come about unexpectedly. The monetary mess re-appeared last September. Rates for overnight cash loans used to square the daily accounts of commercial banks and corporations suddenly shot up. There was a huge disparity between the official bank rate used as guidance and the actual rates available from the money markets.

The Federal Reserve, the US central bank, put several interim measures in place to narrow the rates mismatch, including a massive injection of money. By the year end things had been temporarily steadied. This enabled other countries’ central banks, including the Bank of England, to consider the prospect of printing even more money to help bid down short-term rates.

'Bond values were annihilated this March as Covid-19 spread.’

Bond values were annihilated this March as Covid-19 spread. For several days, companies were unable to issue corporate bonds to refinance or increase existing short-term loans. The Fed responded, immediately creating an extra loan facility of $2 trillion. The Bank of England followed suit, extending quantitative easing (QE) by at least a further 20 per cent.

These moves were followed by the European Central Bank, making its usual obfuscation noises, at pains to prevent the peoples of its member states discovering they are set to lose what control remains over their national finances.

The hospitality, travel and retail sectors, already struggling, are among those worst affected by the Covid-19 emergency. Private equity firms – which have a massive interest in these sectors – have been sucking the assets of companies they had bought, and replacing the cash with extortionate interest-bearing capital for annual repayment back to the very same private equity owners.

Yet the UK government has allowed private equity companies access to its emergency loan programme, where 80 per cent of the loan is guaranteed by the taxpayer. Happy days for private equity: private profit, public risk.

It’s not as if private equity is an endangered species. Private equity firms worldwide have an estimated $2.6 trillion in new capital waiting to be allocated towards new ventures.

There’s been other help for corporations. The Bank of England had hitherto mostly confined QE to supporting various commercial banks by buying government bonds (“gilts”). Now the Bank has extended its Corporate Bond Purchase Scheme to other sectors by buying more and more corporate bonds.

So the government – in what it describes as “stimulus” – is quietly taking on the debt risks of even more companies and corporations. And the purchase scheme is expected to be expanded further in the coming months.

Workers should take note. The risk transferred to them as taxpayers now includes numerous commercial companies from all sectors. It comes with the expectation that there will be a wave of bankruptcies over the next few years as companies default on their debts.

As if that weren’t bad enough, the government’s entire coronavirus bailout programme, plus QE as a whole, is being effectively underwritten by workers through various devices including occupational pensions savings – which are in danger of becoming worthless in years to come.

Since 2008 the government has effectively coerced the savings of pension funds into government gilts with interest rates so low that almost every occupational pension fund has been plunged into uncertainty about whether it can meet its future obligations. All this under the pretence of making the funds “safe”.

The problems faced by British workers can only begin to be addressed within our borders and away from the EU’s clutches. The first part of this process is to fully extricate Britain from the EU and complete trade negotiations by December or walk away.

Recent evidence highlights the importance of independent action. For some time Britain’s sterling exchange rate to the euro had been overvalued, which led to Britain becoming a captive dumping ground for euro-denominated products. Good for exporters in Germany and France, for example, but bad for British industry.

However, since the end of 2015 the pound has gradually fallen by 18 per cent against the euro. As a result, the underlying productivity rates between goods produced in Britain and the eurozone are better reflected in their comparative prices.

This matters – because an overvalued pound results in a British product for British consumption becoming comparatively expensive. The result, regardless of relative productivity, is that buyers here will opt for a comparatively “cheaper” imported product of the same or better quality, despite Buy British campaigns.

National control over our currency and the maintenance of our current euro exchange rate for the longer term must be a core part of our trading strategy. Yet control of itself is no simple panacea. We have to use our control to maintain independence. The problems we face are still multi-faceted. Here are just a few things we must think about as a nation:

First, a competitive currency devaluation alone has never made a country rich. There must be capital investment to raise productivity and to develop domestic supply chains. Since workers always end up paying for everything, the necessary increase in state investment will inevitably mean that workers have less to spend on themselves and their families.

Secondly, whatever the exchange rate, people will only be able to buy British if the products they want are made here. In many areas we no longer have that capability. In the short term we will need to establish which products we still have to import or where we can simply go without.

There are also downsides of currency depreciation. For example, it raises the relative price of any products still necessarily imported. And a fall in the pound also makes British firms vulnerable to foreign takeover.

‘Our collective thoughts have been anchored to the EU and globalisation for too long.’

Over the past few months even more people have realised that our collective thoughts have been anchored to the EU and globalisation for too long. Many who once believed that the basic conditions of life will not alter and that we should be governed by “elites” have changed their opinion.

Apart from coronavirus our minds are being concentrated on our financial wellbeing. Recognition is growing that in many sectors of our economy our whole business model is wrong.

Within this sea change the banner of Britain’s right to self-determination is being raised with increasing confidence. It is this attitude that will see us right.