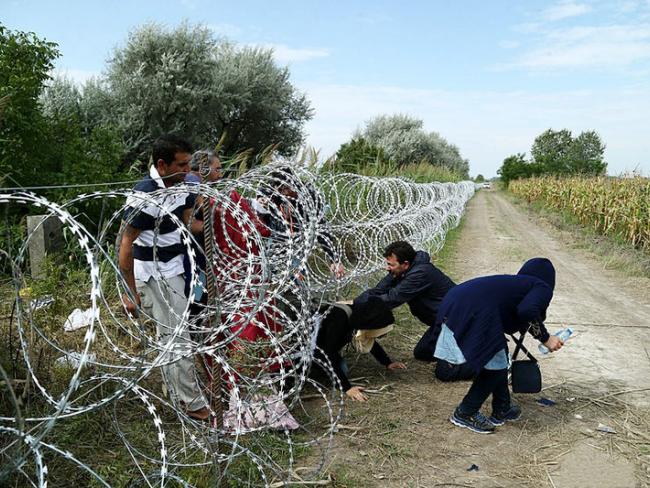 Migrants in Hungary near the Serbian border. Photo Gémes Sándor/SzomSzed

The German government wants to dictate immigration policy to Europe – and it is causing chaos across the continent. Chancellor Angela Merkel seems to think that she will win popular support for the EU by demanding that all its members open their borders to all comers. In obedience to Merkel, European Commission President Jean-Claude Juncker urged EU states to adopt mandatory quotas for relocating 160,000 migrants from Greece, Hungary and Italy. Non-EU members Iceland, Norway and Switzerland were all told to accept migrants or face penalties.

But on 13 September Merkel had to introduce temporary border controls to block the free movement of migrants, putting pressure on eastern EU states to take more migrants.

EU interior ministers met on 14 September in Brussels to discuss these plans amid a widening rift between member states. “We won’t take one single EU quota refugee,” Denmark’s outspoken minister of integration said, adding that the country had already taken its fair share. And the EU meeting broke up in complete disarray, with no agreement. Merkel and Juncker’s scheme failed.

The EU, the people smugglers and the ultra-left all call for “No borders”. The Greens helpfully proposed housing migrants in the European Parliament.