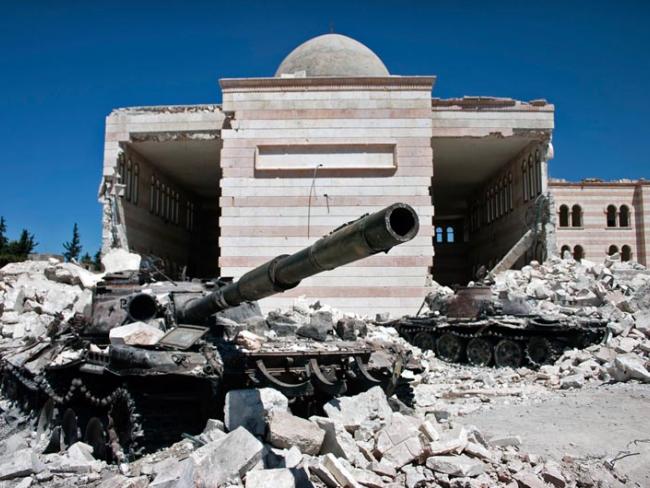 This book shows how the intelligence services became an integral part of government policy through an exploration of the evolving relationship with prime ministers from 1909 to today.

Aldrich and Cormac tell of anti-Soviet actions – the Zinoviev letter forgery in 1924 and the ARCOS raid fiasco in 1927. They detail how Prime Minister Neville Chamberlain used his friend, MI5 officer Sir Joseph Ball, to run Britain’s foreign policy behind the Cabinet’s back, to get rid of his Foreign Secretary Anthony Eden and to tap Eden’s and Churchill’s phones.

They show how Labour Prime Minister Clement Attlee pushed for the failed, illegal intervention in Albania in 1949. He also pushed for the 1953 coup to oust Iran’s elected government.

But their most interesting revelations are the most recent, about the Cameron government’s effort to get us to attack Syria and to overthrow its elected government. Cameron claimed he had a justification for war when there was a chemical weapons attack on the town of Ghouta on 21 August 2013. He at once blamed President Assad.

But, as Aldrich and Cormac point out, “Some in MI6 suspected that rebel groups were trying to provoke Obama into greater intervention by simulating a government sarin attack inside Syria. They reasoned that...it made sense for the opposition to perpetrate this deception. It was hard to explain why Assad would use chemical weapons, given that Obama’s ‘red line threat’ was public, and after all, Assad’s military position was better now than it had been a year before.”

In early May 2013 when members of the opposition al-Nusra front were arrested, the police told the press that they had found a quantity of sarin. UN inspectors in Ghouta concluded it was hard to identify those responsible as potential evidence was being moved and possibly manipulated. Aldrich and Cormac sum up, “The truth is that we will never have a definitive judgement on the perpetrator of the dreadful attack on Ghouta.”

But they do explain that like Blair, Cameron misled the public through oversimplification. He gave no indication of the fervent debate behind the scenes about culpability and moved well beyond his intelligence briefings by stating that Assad was definitely responsible.

‘How Blair and Cameron misled the public.’

By August, Cameron and Obama were both freely asserting Assad was to blame. But British intelligence had obtained a small sample of the sarin used in the attack on Ghouta. To its surprise the gas did not match the materials kept by the Syrian army’s chemical weapons unit, samples of which had been passed to MI6 by a Syrian officer (although these too could have been a deception). The unwelcome news was relayed to the White House, and was one of the factors that paused Obama’s own attack.

This news began to leak out. On 6 September 2013, a respected group of retired US intelligence officers claimed that privately, American intelligence officials disagreed with the White House assessment. CIA analyst Ray McGovern, who had chaired the National Intelligence Estimates Board and who had served in the community for 27 years, said that his colleagues were telling him “categorically” that, contrary to the claims of the White House: ‘“he most reliable intelligence shows that Bashar al-Assad was NOT responsible for the chemical incident that killed and injured Syrian civilians on August 21, and that British intelligence officials also know this.”

Aldrich and Cormac conclude, “Cameron had also failed to admit that the principle of intervention would lead to a proposed strike which was part of a bigger plan to smash the Syrian government. America was to lead with a ‘shock and awe’ campaign led by a fleet of B-52s armed with 2,000-pound bombs intended to penetrate Assad’s safest command bunker. French air power was also to be involved. Even as Parliament rejected Cameron’s proposals, the RAF was arming Typhoon fighter jets in Cyprus, while the Royal Navy had despatched a submarine with Cruise missiles.”

Tribunals - Government condemned
Valentine's stunt put up against Trade Union Bill
How to defeat the Bill
No care, no shame
What’s in the bill?