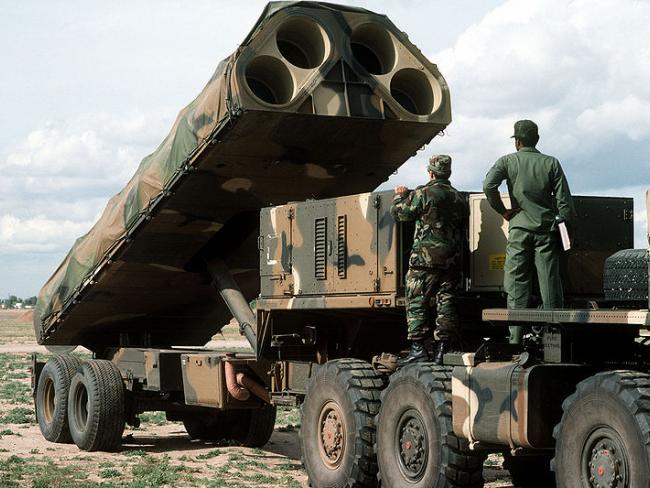 A launching unit for US ground-based cruise missiles. Photo US Department of Defense.

It’s a sign of the importance of Brexit that the otherwise headline-grabbing news coming out of Washington and Moscow in the last few days has been sidelined. The US’s dangerous decision to withdraw from the Intermediate Range Nuclear Forces Treaty (INF), which at another time might have brought millions out on the streets, seems to have slipped under the radar (so to speak).

The signing of the INF in 1987 by the US and the Soviet Union banned the deployment of land-based ballistic missiles with a range of 500 to 5,500 kilometres and led to the removal of nearly 3,000 nuclear missiles from European and Soviet soil.

But in further evidence that the collapse of the Soviet Union has accentuated the threat to peace, US withdrawal from the treaty predictably forced Russia’s hand to follow suit – it has now “suspended” the treaty for six months. Such moves would have been unthinkable during the so-called Cold War, when the Soviet Union was the arch bogeyman.

Now that capitalism rules on both sides of what used to be called the Iron Curtain, we are back to where we were before socialism – not NATO – kept the peace in Europe. And there is much talk that the US’s target is more China than it is Russia. As the US’s biggest trading “partner”, China has naturally become perceived by the White House as its main trade threat.

No doubt the armaments firms in the US will make a fortune out of the development of expensive weapons systems – US withdrawal from the INF treaty could spark a new and lucrative nuclear arms race.

The abrogation of such an important treaty, coming as it does at the same time as the US is threatening to use military force against Venezuela mark more than just bad news. Together, they mark a dangerous turning point in world affairs. Like the EU, the US wishes to eliminate everyone else’s national independence.

The US decision was swiftly and unanimously supported by NATO, even though NATO members had no input at all into the White House’s decision.

The search for profit - and the march to war
The First World War: 1914 - 1918
Hands off Syria
Stop the EU war machine!
Stop the bombing of Syria!