Skip to main content
Home » News/Views » We need a national plan, not division

We need a national plan, not division 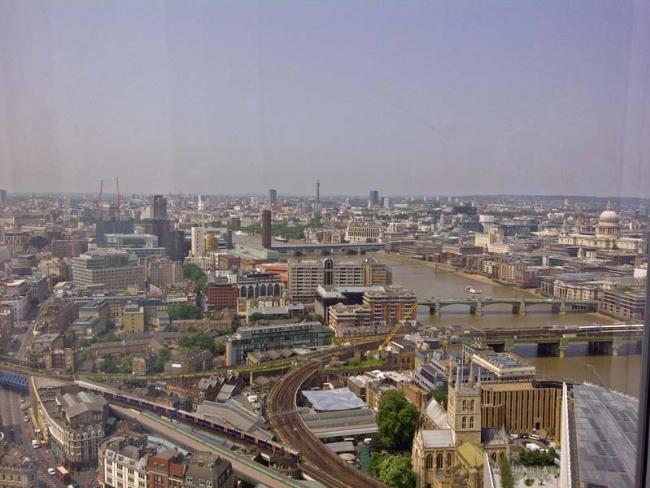 Bereft of a unified concept of planning which links local and national needs, our cities are losing their way. Photo Workers.

The Scottish independence referendum has focused the attention of local authorities in England on moving towards their own version of fragmentation.

The government has a strategic view of the world that would roll back the concept of the state to a level equivalent to medieval times. It is based on the ideas of Hayek and Friedman that inspired Thatcher. None of this mumbo jumbo is challenged by local authorities, irrespective of their alleged party political stance. Instead they all embrace it in differing degrees.

Gone forever is the great municipalisation of the Victorian capitalists. They took great pride in constructing their cities – Birmingham, Manchester, Leeds, Glasgow and others – with efficient public services. The provision of water, gas, electricity, public health, housing, education, museums and parks epitomised that civic pride.

The past 40 years have seen municipalisation set aside. Nearly every public, civic and local provision has been stripped out and either privatised or removed. This is starkly shown by the closure of over 500 libraries out of 3,000 in the past four years. With it goes the systematic looting and selling off of local museum treasures to fund ever-declining local government.

The City Centred Campaign in England comprises the Core Cities group of local authorities, the London Councils group and the Mayor of London. All argue for the separation of local government from central government. They do not go as far as using that separation of powers to argue for local versus federal government, but that is the direction they are moving in.

‘The parallel is with the 1980s, when Labour MPs, and shamefully some trade unions, believed they could not defeat Thatcher at home.’

The desperation of local and regional politicians is reflected in the range of fantasies they put forward. These include the resurrection of regionalism, mini-regions within regions, shared services across regions, city states and alliances of cities, and the re-creation of pre-Norman Conquest legislative boundaries. All of them cringingly doff their caps to the European Union when dreaming up these ideas.

The government implements a strategy emanating from the EU, which compounds previous EU strategies to obliterate Britain’s historic core industrial base of coal, steel, manufacturing, fishing, textiles and so on. The impact of this destruction and the wiping out of our regional industrial heartlands is there for all to see. Yet local and regional politicians do not grasp why they are surrounded by such destruction; they actually ask for more.

The belief that greater localism or greater regionalism will somehow lead to a new prosperity is a massive delusion. Even Cameron has dropped that mantra. It can’t resolve the disintegration which has been running across Britain for the past 30 years. Britain’s regions were connected by their industrial sinews. The industrial sinews created Britain. Dismember the sinews and the regions collapse.

There are other examples of parish pump thinking besides the faction arguing for their local fiefdoms. These take the path to an even smaller fragmented localism. One local authority for example will argue for mutualisation. Another will argue for municipalisation.

What is mutualisation? This is a dream child of Co-op ideologues, probably long-gone or sacked in the recent Co-op Group debacle. They argued that rather than privatise and outsource, a local authority should provide public services by creating a series of workers’ cooperatives, mutual and social enterprises.

But co-ops go bust, mutuals transform themselves into shareholder-owned companies and social enterprises get taken over. The reality of mutualisation is that it results in privatisation.

What is municipalisation? You take all services provided by the local authority, break them down into discrete business units and put them out to contract. There is an apparently clever quasi-socialist contract that only those based in the borough can bid for or run these municipal companies. As the council leader or mayor you claim this is a wonderful initiative for local job creation and a boost for local and preferably small businesses. You hope that it results in the local authority being re-elected by an ever-grateful local electorate. The reality is that municipalisation results in privatisation.

Another local authority will not bother with smart ideas. It will cut straight to the heart of the matter and put all its services directly out to contract, becoming a Tory flagship for privatisation. The electorate responded: These flagship boroughs were sunk with a colossal casualty rate in the 2014 local elections. But their contracts were set up with a poison pill. It will take years before they can be re-negotiated or brought back in-house. By that time the electorate will be yet further disengaged and disillusioned with local politics.

Other local authorities will establish their arm’s-length trading companies hoping to generate revenue and enter the market as a rival to either each other or established multinationals. The arm’s-length companies then go on a journey to becoming fully fledged independent companies.

Sometimes they might have a slender link to the originating authority but more often than not they are cast adrift. Shared services will be widely promoted for economies of scale. Local authorities will become more like regional or county government. Arm’s-length companies and shared services also result in privatisation.

The Local Government (Independence) Bill is before Parliament at present as a Private Member’s Bill introduced by Graham Allen, Labour MP for Nottingham North. Essentially this Bill would permanently separate local government from central government. It tries to do what Parliament has always resisted accepting into European Union treaties: to agree to a law binding forever on future generations.

Local politicians across the political divide are so desperate that they try to hide in a legislative solution instead of addressing the key question of taking responsibility locally.

The parallel is with the 1980s, when Labour MPs, and shamefully some trade unions, believed they could not defeat Thatcher at home. Instead they looked to winning MEP seats and imposing EU legislation from afar to resolve the internal problems at home. The move failed; it only assisted those wishing to entrench EU regulations and directives.

The question should be posed: what is the root cause of the contradictions between local government and central government? What takes priority – localism or national interest? What is localism? Where does the parish pump politic stop and the ‘not in my backyard’ attitude start? Whose interests do national and local government reflect? In Victorian times there was the perceived glory of local civic duty and pride. But that appeared so only because of industrial manufacturing industries creating local wealth that could be deployed through philanthropy, do-gooding or deeply guilty consciences.

The present central government is wedded to European Union neo-liberal Thatcherite politics and economics. So was its predecessor, and every other government dating back to Heath in 1970. It will attack all alternative power in Britain which does not follow its agenda. This government will
and does create division, separatism, regionalism and fragmentation. Divide and rule is the easiest way to win, shatter the opposition, buy the opposition, or divert the opposition.

Over and over again sectarianism, selfishness and short-sighted narrow mindedness are promoted under the banner of localism, regionalism or independence. These are the tried and tested ways for the politics of displacement to throw up this mayor, that MP, or the other local council leader and to distract from the reality: local and central government need thorough reform.

Mere reform will not resolve the artificial divide between local and central government. There has to be a fundamental revolution in thought, analysis and structure on this question. We should address not one or two structural failures of British society but must look at all infrastructure and inter-connection of workers’ needs in modern Britain.

Once you accept the concept that the role of the state is not to turn the clock back to the 16th century but to provide the infrastructure of the state that workers would require, then you need to define what those core requirements are.

Everyone jumps to the defence of the National Health Service. We should demand the same for all other core national services. There is the need for a national plan to address Britain’s evolution in the 21st century.

For example, establish and implement an infrastructure construction plan to resolve Britain’s road, rail, transport, airport and port requirements. Establish and implement a national energy plan to address all energy reserves and provision: coal, gas, and electricity generation, nuclear construction and so on. Establish a national house building strategy – to link homes and industry. Plan how to reconstruct regional industrial sinews, the communication links for localised needs.

These are just a few examples of what the creation of a national plan linked to local needs could do to revolutionise work, planning and democratic control – to make the left hand (local government) applaud with the right hand (central government).