Western power play in the Pacific 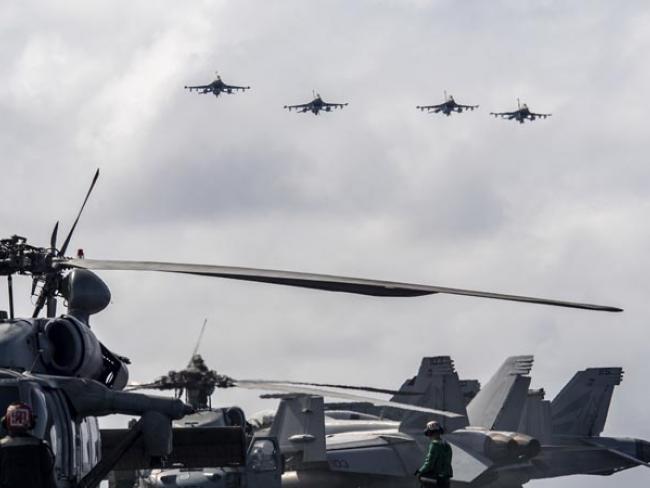 This extraordinary book gives a much-needed perspective on the Asia-Pacific region, where the USA and its Western allies are aligned against China…

The USA tries to divide and rule Asia. In 1997 it enforced rapid market liberalisation, primarily the lifting of capital controls, to destabilise the rising economies of Asia. The threat is military as well as economic.

More than 60 per cent of US armed forces are now deployed in the Asia-Pacific region; the aim is to contain China. British warships help to enforce the USA’s punitive economic sanctions against North Korea. And our forces have taken part in military drills in South Korea alongside US and other Western forces. They have rehearsed “preventive” air strikes on civilian targets, an invasion of North Korea and the killing of its leadership.

China, North Korea, and Malaysia did not lift their capital controls and so escaped US economic domination. The US fruitlessly tried to persuade China to adopt neoliberal policies – privatisation, deregulation and so on – to open the Chinese economy to both US commodities and capital.

Those tactics succeeded with Boris Yeltsin’s Russia, leading to catastrophic destruction of the Russian economy. But there was no Chinese Yeltsin. Abrams observes “China’s policy independence and refusal to reform its economic and political systems are key factors in making it the only Asian power capable of ending Western primacy and seriously challenging the Western Bloc’s regional dominance.”

The Trans-Pacific Partnership and the “Pivot to Asia” were the two faces of US ambitions – economic policy in unity with strategic policy, designed to constrain China’s rise. Obama said, “We have to make sure America writes the rules of the global economy… if we don’t write the rules for trade around the world – guess what – China will.”

Multinational companies, mainly American, gained rights in the TPP to veto government regulations. The TPP also harmed American workers’ interests, by enabling outsourcing to cheaper countries. In the 2016 US presidential campaign Trump pledged to end the deal. One of his first act as President was to do so.

Abrams explains that the ability of the US to deploy military force and conduct operations far from its own territory is superior to any other power. As well as the technical ability of its armed forces, the US has military bases across the world.

The US has a material military advantage over all other countries. It has a global network of military satellites and the US Navy is currently the only one in the world capable of waging an offensive war across an ocean. Its carrier fleet outnumbers the rest of the world’s combined.

China’s People’s Liberation Army Navy and Air Force, by contrast, have negligible long-range power projection capabilities. Its modernisation programme has overwhelmingly focused on defence, such as land-based missile launchers to target enemy ships near the Chinese coasts and warships designed to operate near the country’s own coasts.

China’s claims to island groups in the South China Sea were recognised by the World War Two Allied powers as the restoration of Chinese territories seized by Japan. But from 1950 to 1979 the USA recognised the defeated Kuomintang government in Taiwan as China’s legitimate government. It sought permission from that government for mapping and nautical surveys off the islands – in effect recognising that they were part of China.

Yet in July 2010 Secretary of State Hillary Clinton declared for the first time that the South China Sea was a sphere of US national interest. US plans then began to refer to “offshore control” – the ability to blockade China’s seaborne trade, aiming to cripple its economy.

More recently the CIA has used Islamist proxies to destabilise Central Asia and threaten Russia and China. In 2017 China’s security forces intercepted an unprecedented number of trained jihadist fighters trying to enter the country, a tenfold increase on the previous year.