Why the deficit is being dumped on us 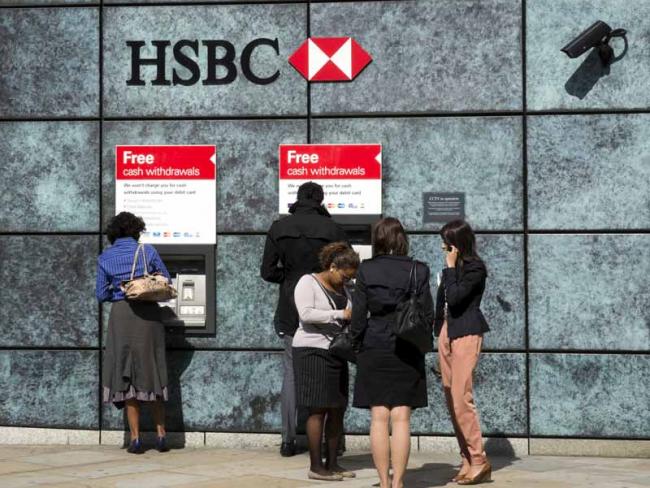 Cash machines, Poultry, in the City of London. The continuous import of capital is not the way to rebuild Britain. Photo Linda Steward/iStockphoto.com

Deliberate policies from successive governments have turned Britain into a debtor country, with foreign credit used to finance imports and mortgages.

Since 1945 Britain’s economy has regularly seen economic upturn, boom, and then market correction followed by recession. Many workers assumed that after the crisis of 2007 to 2008, we would see the same pattern. Seven years later there is nothing on the horizon resembling an upturn.

In fact Britain has been increasingly a debtor country for most of the last 30 years. Alongside the closure of our factories, it has been deliberate government policy to run a trade deficit. Capitalist apologists since 1979 have said that this didn’t matter. They claimed that the monthly balance of trade shortfall could be covered by importing foreign capital, laughably described as “inward investment”. What this meant was that to acquire manufactured imports to replace what we could no longer produce domestically, Britain first had to borrow and import foreign capital. This was not investment for the future.

Foreign credit has not only been used to purchase imported goods, it has also been used to finance domestic mortgages. The rise in British house prices over the years has had less to do with the demand and supply of housing and more to do with the volume of available credit.

Workers have been able to bid up the price of housing. The worker with access to the most credit (mortgage) can notionally secure the particular house on offer. Subsequent mortgage repayments are then recycled back to the creditor country of origin through British retail banks either acting as middlemen or as a part of a syndicate.

‘The credit card trick of apparently propping up living standards while de-industrialising Britain is shown up as a pathetic lie.’

In effect international credit, whether used to secure imports or to inflate house prices, has fuelled a classless political fantasy in the minds of many British workers. All the while at the macro-economic level our total consumption as a national working class has been greater than our total domestic production; as a class we have no gross savings. In the end making and producing things in a country which controls its own resources does matter.

The credit card trick of apparently being able to prop up living standards while de-industrialising Britain is now shown up as a pathetic lie. But on his appointment in 2013 Mark Carney, our Canadian Governor of the Bank of England, said he believed our credit cards are not “maxed out yet”.

So what happened in 2007-08? Before the crisis, credit in Britain had reached the equivalent of five times our annual GDP and bank interest rates had risen to around 5.25 per cent. The fantasy that all it needed to balance the books was the continuous import of capital just fell apart. The erosion of national production and our industrial base was a problem after all, although government and capitalist apologists will never acknowledge it.

A large slice of what had become unsustainable debt in 2007 has since been transferred from the private banking sector to the government’s public accounts. Now labelled National Debt, it has increased more than threefold since the crisis. In 2007 that debt was £442 billion; it rose to £1,033 billion in 2011 and £1,427 billion in 2015.

The annual gross domestic product for the whole of the UK is in the region of £2.8 trillion. In other words, about one-third of the total production of goods and services created by workers in one year has been used to acquire bank debts.

Yet parliamentarians have thrown up an austerity smokescreen. They say that our ever increasing National Debt is unsustainable and by implication that our public services are unsustainable too.

Another revealing feature is the way the National Debt is broken down. About £418 billion of the current £1,427 billion total is provided by foreign concerns.

“Does this matter? Of course it does.’

Does this matter? Of course it does, because it means those foreign creditors can have first pickings of whatever is offered up by the government for privatisation. Recent examples have been the Post Office, the Scottish Rail network (sponsored by the SNP but with the connivance of Westminster) and the selling off of government owned property in Central London.

Those creditor countries and foreign concerns which have put up the credit are not named in public records. They have proxy accounts instead. The reason for the lack of transparency is the influence they exert on British government policy. Beneficiaries of privatisation at knockdown prices would be easy to identify if the creditor organisations were named in public.

This concealment no doubt explains the recent bizarre decision by the BBC to only consider bids to provide weather forecasting services from a Dutch-connected private equity concern or from the New Zealand Met Office, at the exclusion of the British Met Office. The government’s involvement in the BBC seems to be at the behest of Dutch and New Zealand interests.

Of the balance of National Debt, £375 billion has been covered by printing money, courtesy of the Bank of England. The remaining £634 billion is held by institutions acting as custodians for British workers’ savings in pensions for example. In effect the assets that back workers pensions have been earmarked as expendable. Events in other debtor countries such as Greece show how this can be done in Britain at a convenient date in the future.

All the while corporation tax paid by large companies on their declared profits has fallen. Since 2007 the government has cut the rate from 28 per cent to 20 per cent. This is a long-term policy. Over the past 36 years the corporate tax rate has fallen from 52 per cent and is planned to drop to 18 per cent over the next five years.

The government says it wants to “pay down the deficit”. In reality it seeks to dump its problems on to workers and call it austerity. Is the theory of austerity new? And if not has it ever reversed capitalist decline? The short answer to both questions is “No”. It isn’t new, and it exacerbates decline. The historical experience from the period 1914 to 1945 is that austerity is a precursor to war and revolutions.

What the gospel of austerity tries to overlook is that it is the purchasing power of the working class in the form of wages that sets the limit to what capitalism can sell. But austerity, in an attempt to prop up dwindling profits, seeks to lower the wages of the working class while maintaining or increasing prices. This further reduces the amount that capitalism can sell, causing the slump to deepen.

Attempts to solve the capitalist crisis through austerity are similar to the handling of many other economic problems in Britain. These result in a host of contradictory outcomes all designed to politically oppress the working class.

This cycle will continue until workers stop looking at the surface appearance of things and instead start to look at what lies below the surface and the benefits gained by bringing things to the fore. At present we as workers are free to sell our labour power – and we are free of any other means of gaining wealth. In a recession that does not feel like freedom.