Why it has to be one law for all 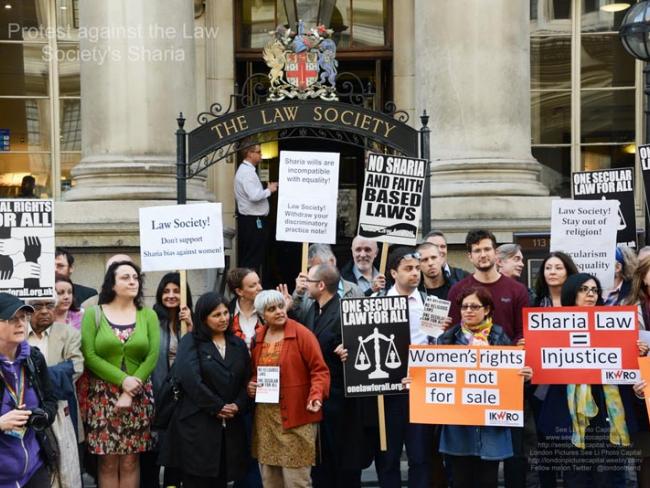 It should be an easy principle to agree: that there should be “one law for all” in Britain. Who would disagree? And yet this principle is under threat on a number of fronts.

Firstly there is the historic difficulty of a different legal system in Scotland with, for example, the age of criminal responsibility set at 8 years in Scotland and 10 years in England and Wales. In a welcome move Scotland is now proposing to raise the age to 12 years in 2018 – but surely we should be using the opportunity to harmonise and raise it to 12 years across Britain?

Secondly, there is the attempt to continue the enhanced legal rights of EU citizens living in Britain even after we leave the EU (see related news article),. Finally there is the systematic attempt to normalise a parallel legal system via religious groups which is expanding rather than diminishing.

Both before and after the recent terrorist attacks in Manchester and London there were and are difficult conversations to be had. There are questions of domestic policy and foreign policy which need society-wide discussion. The only challenge is where to begin.

It is suggested that the problems may be insurmountable as the issues are “inside the head” of the terrorist and therefore not amenable to a human solution, but that is ducking the issue. Yet the growing use of religious “courts” as a parallel legal system for example, is not “inside the head” of anyone but a material reality that many seem reluctant to confront.

Many people are unaware that in Britain we have the involvement of, for example, Catholic tribunals, Jewish Beth Din courts, along with sharia councils and Muslim Arbitration Tribunals, in a whole range of civil law matters, especially divorce and child custody issues.

In recent years both the Jewish Beth Din and sharia councils have seen a growth in their activity. The total number of sharia councils is unknown, but academic estimates range from 80 to 100.

It is not correct to say that sharia law applies in Britain. It does not. Judgements made in a sharia council do not have legal force and they are not courts of law. But those who use them experience a parallel legal system, as they do not enjoy the same legal protection as other citizens.

For years the campaigning organisation One Law for All (onelawforall.org.uk) involving secularists, many Muslim women and ex-Muslims, has been arguing that the existence of discriminatory religious “legal”, mediation and arbitration systems creates conflicts in law and gaps in the protection of citizens.

In particular the organisation highlights that under sharia the testimony of men is valued above that of women, that men can seek divorce at no cost by uttering the word three times – and that women must pay to request a divorce and repay any dowry. One Law for All says that religious courts are incapable of reform or regulation, and campaigns for their abolition.

An independent review into the application of sharia law in England and Wales was launched when Theresa May was Home Secretary in May 2016. This seemed to be hopeful news but then the terms of reference stated:

“…many people in England and Wales follow religious codes and practices, and benefit from the guidance they offer. However, there is evidence some sharia councils may be working in a discriminatory and unacceptable way, seeking to legitimise forced marriage and issuing divorces that are unfair to women, contrary to the teachings of Islam. It will also seek out examples of best practice among sharia councils.”

So from the outset the ”independent review” was accepting that a parallel system was possible and its task was to improve the functioning of systems that were discriminatory in effect and intent. Instead of an independent judge, the chair of the review was the theologian Mona Siddiqui, OBE, Professor of Islamic and Interreligious Studies at Edinburgh University. Instead of experts in British and international legal matters the two advisers to the panel were religious scholars. So don’t hold your breath for the outcome of this review, which is due some time later this year.

Also in 2016 a Home Affairs Select Committee held an inquiry into sharia councils but did not come to any conclusions before the dissolution of parliament for the May 2017 election. Like the independent review, the select committee appeared to have its eye on “reform” of religious courts.

The extension of sharia practice into other areas of life in Britain is being facilitated in a number of ways, including into student debt. Following a government consultation in 2014 an alternative “sharia compliant student loan process” was developed.

This “compliant” model is identical to the current interest-based system in terms of costs and repayments but supposedly uses a “non interest-based finance mechanism” acceptable to sharia councils. Initially an implementation date of 2016 was planned and postponed but there is now considerable pressure for it to be brought in next year. There are some advantages to a hung parliament.

Following a storm of protest in 2014 the Law Society, representing solicitors, withdrew controversial guidelines for its members on how to compile “Sharia compliant” wills amid complaints that they encouraged discrimination against women and non-Muslims. Presumably in an attempt to make sharia compliant student loans “non-discriminatory” the government proposal says that they will be available to all regardless of religion!

The principle of one law for all must be guarded and fought for on all fronts. Legal differences between Scotland and the rest of Britain must be systematically reduced over time. Preferential treatment of EU citizens in Britain must be opposed. The use of religious courts/councils/tribunals as a parallel legal system must be abolished.