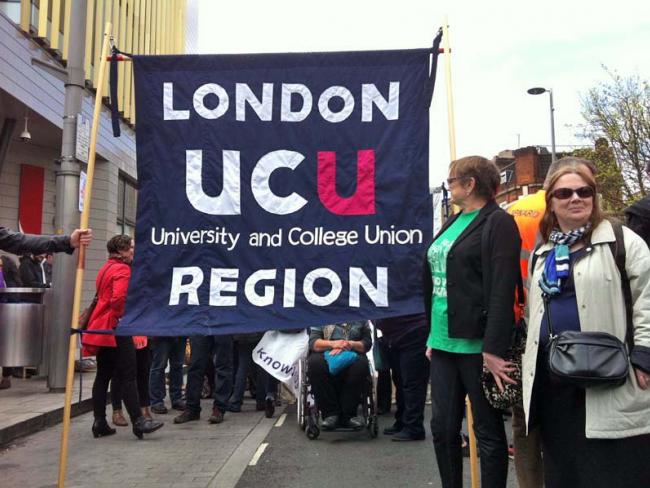 Whether it is England, Scotland or Wales the picture is the same. Further education is under the most sustained attack in its history. This sector of education is vital for developing key skills in many areas from engineering to catering, from electronics to access to nursing courses.

This assault will also have a devastating impact on those who need to develop their English Language skills, as skilled tuition for ESOL (English for Speakers of Other Languages) is only offered as a free service in the sector.

Just before parliament closed down for the election campaign the government announced a huge reduction of funding for adult education. Funding outside apprenticeships is to fall by 24 per cent in the 2015/16 academic year. If the government continues with its planned cuts to the adult skills budget, by 2020 adult education and training in England will have ceased to exist, according to research findings from the Association of Colleges.

Even worse than it looks

The Skills Funding Agency’s adult skills budget, which funds both apprenticeships and other kinds of adult learning courses, stands at just over £2 billion in 2015/16 – an 11 per cent reduction from 2014/15, and a cut of 35 per cent since 2009. But in reality next year’s cuts will be much deeper.

In fact, the Skills Funding Agency has estimated that colleges will need to reduce their adult skills budgets by around 17 per cent in 2015/16. And because the government has chosen to protect the apprenticeships budget (£770 million), actual funding for non-apprenticeship adult learning in 2015/16 will fall by around 24 per cent.

Many of the courses most at risk from the changes cater for those who missed out on qualifications at school, or for those who need short bursts of learning to get back into employment. Recent cuts have already led to falls in the number of students aged 19 to 24 taking courses such as construction, engineering and in the creative arts  – all areas crucial for economic growth. That’s the reality behind the government’s tub-thumping election claims about “more apprenticeships”.

In Scotland at the moment it is very fashionable to blame Westminster for all problems. The reality is rather different. Scotland’s further education colleges have lost 120,000 student places after the Scottish parliament under Alex Salmond cut their funding. The University and College Union in Scotland notes this has damaged the efforts to tackle urban deprivation and under-employment. In Wales 2014/15 saw a reduction of £26 million to colleges of further education – on top of cuts of £65 million reduction in previous years.

Students and their teachers have done their best to publicise this attack during the election period. In Wales there has been a “gate protest” at every single college, with staff and students taking their case to the public.

A petition against the cuts in further education is gathering signatures by the second, and on Saturday 25 April there was a national march in London. But it has been a real struggle to even establish the facts – many people have bought the story about “more apprenticeships” without understanding other cuts in employment-related learning.

Many employers seem to have time to sign letters supporting the government and to go on Question Time decrying the “lack of skills” in Britain – but they are willing conspirators in this destructive policy and all too ready to say the solution is overseas recruitment.

Workers in this sector have much more to do, and this topic will be high on the agenda for union’s annual congress in Glasgow at the end of May.  The impact of this attack will affect many areas of work, so the wider trade union movement has a role to play as well.