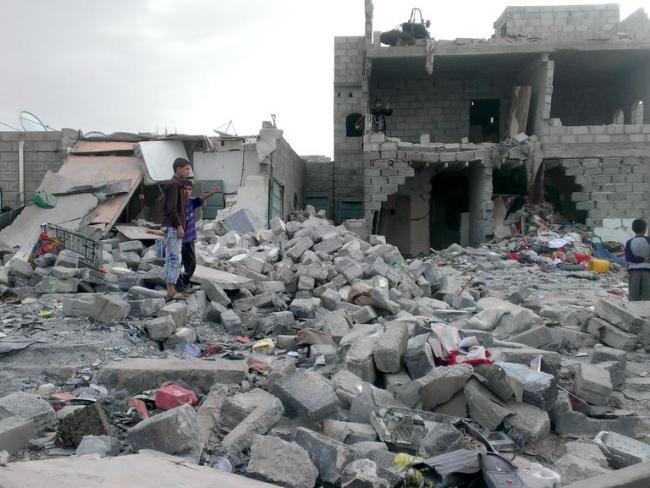 What the UN has called the greatest humanitarian disaster in the world is taking place more than 3,500 miles away in Yemen. Intervention by external forces has weaponised political instability in the country as Saudi Arabia and a coalition of eight other mainly Sunni Arab states attempt to pummel an insurrection by a Shia-led opposition.

A United Nations Development Programme (UNDP) report on the situation in Yemen published on 23 November found that Yemen’s conflict will lead to 377,000 deaths by the end of 2021 – nearly 60 per cent of which are indirect and caused by issues associated with conflict like lack of access to food, water, and healthcare. “These deaths are overwhelmingly made up of young children,” the report said, nothing that they are especially vulnerable to malnutrition.

The Saudi coalition is receiving military and logistical support from the USA, Britain and France.There is clear evidence that British weapons have been used in attacks on civilians. Yet last year, the Johnson government authorised arms sales worth £1.4 billion, almost all for bombs and missiles.

British military aid floods into Ukraine
1916: Lenin on imperialism
Economic war on workers being used to fund a military war
Britain out of NATO!
Down with imperialist war!