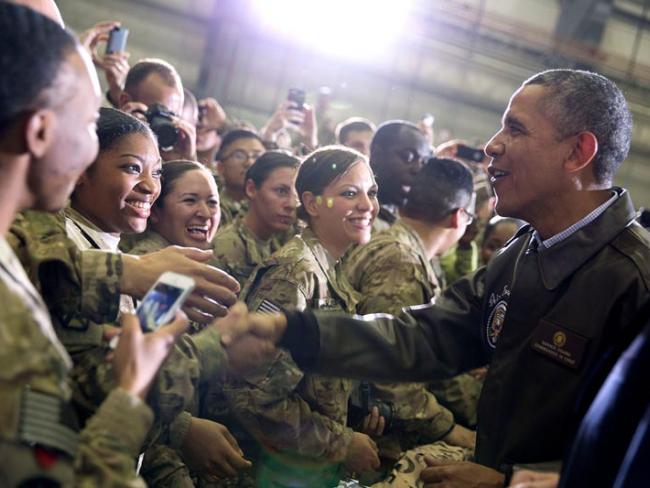 Afghanistan is known as “the graveyard of empires”. In its unhappy history the country has long been the victim of imperial ambition and aggression…

The final withdrawal of US, British and other NATO troops in summer 2021 marked the end of a 40-year episode of meddling in Afghanistan. US-led, but with active support from British and other governments, it was about anti-Soviet and then anti-Russian strategy rather than the welfare of the Afghan people.

In April 1978, the Afghan people overthrew the country’s feudal regime. The new government promoted social justice for ethnic minorities and freed 13,000 political prisoners. It introduced free medical care for the poorest and ensured that young women did not have to wear the veil.

A 1986 US Army manual acknowledged this: “[the new government]…abolished forced marriages…extensive literacy programs, especially for women…putting girls and boys in the same classroom…giving women a more active role in politics.” By the late 1980s, half the university students, nearly half the doctors, and most teachers were women.

In response, the US government began running terrorist attacks from Pakistan. President Carter’s national security adviser Zbigniew Brzezinski admitted, “According to the official version of history, CIA aid to the mujahidin began during 1980, that is to say, after the Soviet army invaded Afghanistan, on 24 December 1979. But the reality, secretly guarded until now, is completely otherwise: indeed, it was July 3, 1979 that President Carter signed the first directive for secret aid to the opponents of the pro-Soviet regime in Kabul.”

China’s intelligence service collaborated with the CIA to arm and support the mujahidin. The US government, the IMF, the World Bank and the Pakistan Aid Consortium (led by the US and British governments) gave Pakistan’s government more than $5 billion to build and supply bases for attacking Afghanistan. MI6 supplied the mujahidin with Blowpipe surface-to-air missiles and trained them at secret bases in Saudi Arabia and Oman.

‘Billions of dollars of “aid” resulted in massive corruption…’

Cheryl Benard of the RAND Corporation, a global policy think tank, said, “We made a deliberate choice. At first, everyone thought, there’s no way to beat the Soviets. So what we have to do is to throw the worst crazies against them that we can find, and there was a lot of collateral damage.”

Thatcher also embraced the worst crazies. She invited Hadji Abdul Haq to Downing Street. Haq had admitted to a 1984 terrorist attack at Kabul airport that killed 28 people. She invited the CIA’s favourite warlord Gulbuddin Hekmatyar. Hekmatyar threw acid in the faces of women not wearing the burka.

After the US invaded Afghanistan, al Qaeda moved to Pakistan. US General David Petraeus said in March 2009 that intelligence services warned of al Qaeda’s  actively planning attacks on the United States homeland from its safe haven in Pakistan. The war in Afghanistan did not restrict al Qaeda.

The US government and its allies installed a puppet president and a government dominated by criminal warlords. Billions of dollars of “aid” resulted in massive corruption.

Lieutenant General Douglas Lute, security adviser to both Bush and Obama, said, “We stated that our goal is to establish a ‘flourishing market economy’. I thought we should have specified a flourishing drug trade – that is the only part of the market that’s working.”

Blair volunteered British forces to end poppy farming. In 2002, British officers agreed to pay Afghan poppy farmers $700 an acre to destroy their crops. This sparked a poppy-growing frenzy: farmers offered part of their crop to the British for destruction, and sold the rest. Poppies became the largest domestic industry.

Presidents George W. Bush, Obama and Trump all promised that they would not get sucked into “nation-building”, then spent more on that in Afghanistan than in any country ever.

Historian and former US army officer Andrew Bacevich observed, “We’ve done counterinsurgency, we’ve done counter-terrorism, we’ve done advise-and-assist, we’ve done targeted assassination, we’ve done nation-building…none of them have yielded the success that proponents have argued that we would achieve. So you come back to that basic question, maybe the entire enterprise is misguided.”

Yet in a New Yorker interview in August 2021 Petraeus still thought it was too early to leave!

One of the best histories of the war is Fool’s Errand: Time to End the War in Afghanistan, by Scott Horton. He said that the US has proved the terrorists right in saying say they were hypocrites who supported dictators while claiming to be champions of democracy. The US government attacked people who did not threaten it: bombing, torturing and making them refugees.

The war in Afghanistan cost the USA over $2 trillion. It cost Britain more than £37 billion (2013 estimate) and led to futile destruction.

Body Count: Casualty Figures after 10 Years of the War on Terror, a 2015 report by an international group of doctors, concluded that between 106,000 and 170,000 Afghan civilians were killed as a result of the war, at the hands of all parties. Over 2.6 million Afghans remain refugees.

• Read more in: Ghost Wars: the Secret History of the CIA, Afghanistan and bin Laden, from the Soviet invasion to September 10, 2001, Penguin, 2005, by Steve Coll.

Afghanistan – one woman's positivity
No more imperialist wars!
The US stays on
US and allies' troops to stay in Afghanistan