US and allies' troops to stay in Afghanistan 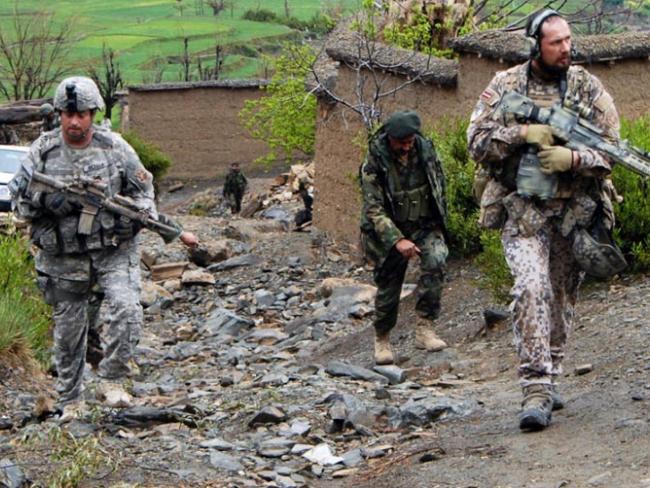 Soldiers from the Michigan Army National Guard and the Latvian army patrol through a village in Konar province. Photo courtesy Wikipedia.

The US government now intends to keep US troops in Afghanistan beyond President Obama’s departure from office in January 2017, breaking his promise to end the war on his watch. Obama had originally intended to pull out all but a small, embassy-based US military presence by the end of next year, but is announcing that 5,500 troops will remain in Afghanistan. The present force of 9,800 US troops is to remain throughout most of next year, being reduced to 5,500 in 2017.

Other NATO countries with troops in Afghanistan – including Georgia with 885, Germany with 850, Romania with 650, Turkey with 503 and Britain with 470 – are likely to mirror the US extension. Germany has already said it is willing to extend its presence by one year.

The US defence secretary, Ashton Carter, said: “The narrative that we’re leaving Afghanistan is self-defeating. We’re not, we can’t and to do so would not be to take advantage of the success we’ve had to date.” Success? Fifteen years of war have produced only a collapsing economy, worsening security, and a splintered country.

Afghan MP Shukria Barakzai said: “The US has created a lot of problems for Afghans, ever since the cold war, so it has a responsibility to help and support Afghans.” Great logic there: you have created problems, so carry on creating them.

Afghanistan's 40 year war
Afghanistan – one woman's positivity
No more imperialist wars!
The US stays on