Skip to main content
Home » News/Views » After the referendum, what now?

After the referendum, what now? 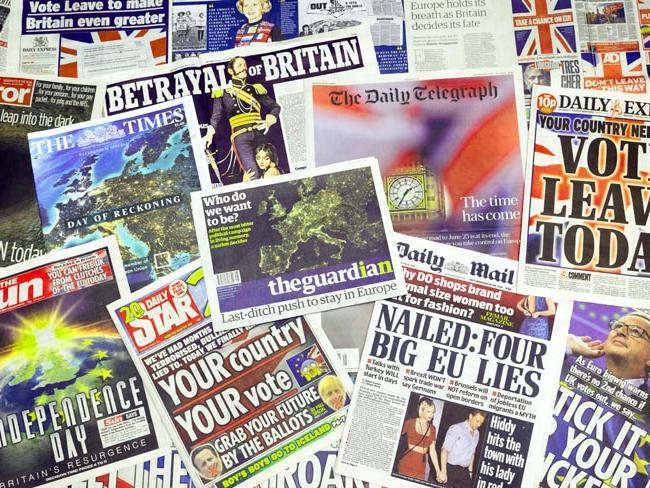 Workers cannot let the momentum created by the referendum result subside. The issue is far too important to be left to the politicians. We must enforce our will: get on, get out!

The decision of the EU Referendum was momentous. It was the most seismic event in Britain since 1945, signalling a decisive shift in opinion on the most fundamental matter. Also, at 17.4 million the Leave vote was the biggest electoral mandate ever recorded in Britain.

Workers cannot let the precious momentum subside and give the Westminster establishment a free hand to administer the break from Brussels, because most of Westminster did not want Leave, and frankly that set are not to be trusted.

Our message must be – maintain our interest, retain mass control of the issue and force recalcitrant MPs to obey the people’s will. Having started to take the initiative and be the sovereign force in the land, the working class can’t suddenly vanish from the scene, it must advance. A national debate needs to break out in workplaces and communities to establish and assert the best way forward for the rebuilding of Britain.

For the 41 years of Britain’s subservience to the EU, there was progressively less and less home-grown planning until the stage was reached when there was virtually none at all. People want a plan for rebuilding our country and more importantly to be involved in this planning to ensure we have a future.

The plan’s most crucial part must be a commitment to develop all of Britain. Our divided nation needs to be purposefully drawn together. When developing the economy, decisions should always increase the bonds, connections and ties between the parts of Britain to make a closer, interconnected whole.

'People want control over their lives. The country wants independence'

People want control over their lives. They don’t to be pawns in a game of market forces. The country wants independence. And politics is far too important to be left to the politicians.

Britain needs to produce more as well as trade with more areas and more countries. We want trade but not “free trade agreements”, which just bolster the interests of multinational corporations and finance capital that wish to move capital and labour as it suits them. Most of the UK’s GDP is internal, at some 70 per cent. Of the rest, only 10 per cent depends on trade with the EU. Looked at another way, EU trade represents just 20 per cent of global trade – we can trade with the other 80 per cent, and still trade with the EU outside it, as do Norway and Switzerland.

Our people are our most important asset: therefore we mustn’t skimp on investment to develop that key resource. We have to create a greater degree of self-reliance in our economy, across the board. We will advance but with sovereignty

In recent decades the EU has spoken for Britain on trade. Britain should assume its seat at the World Trade Organisation, directly furthering our own interests.

We should seek to develop and expand our trading prospects with as many countries in the wider world as possible, not just through treaties but through business exchanges and inter-governmental links.

Since the vote, many people for Leave and Remain are realising there is a world of possibilities opening up based on increasing self-reliance. In the journey ahead, those people who voted remain will need to be welcomed and brought in to the new campaign. Many voted for the EU reluctantly anyway, as they often had serious questions about its operation.

Britain needs another Industrial Revolution, a vast expansion of manufacturing based on a broadening of science and skill. To prosper as a country we must design, make and trade. Manufacturing has to be restored as the core of our economy. Currently finance and services comprise 80 per cent of our economy, which is dangerously lopsided. Government policies should embark on a long phase of re-industrialisation. There will have to be state direction of funds available at low or negligible rates of interest to build new industries, expand existing ones and update infrastructure. Free from the fetters of the EU, we can decide what industries we need.

The leave vote was clear – there must be an end to mass immigration and the free movement of labour, the antithesis of planning. This will enable us to plan for services instead of being at the mercy of “market forces”. For instance, the NHS at present relies excessively on imported labour, because of EU free movement rules. Government has reduced training here and poached from abroad. This must be phased out and replaced by a planned programme of training in Britain to produce a whole set of medical workers.

There is a massive skill shortage in Britain. We must develop proper apprenticeships again. There needs to be a discussion on who is going to provide the quality training and how. Alongside of this there needs to be an extensive framework of technical education that is highly valued and respected as much as parallel academic qualifications.

‘Workers rejected all the blackmail and pressure of the political establishment in Britain and the world.’

Leaving the EU has already benefited thousands of young British people looking for a place at university. Because they are no longer sure of being able to fill them with students from the EU, thousands of extra places even at the Russell Group of universities are being offered to our youngsters through clearing. We need to consider what should be the role of university and further education. It is another matter requiring rigorous debate. The core of funding for UK universities must emanate from British sources. Research must fit UK priorities not the EU’s.

The Leave decision was arrived at largely without trade union support. Some were viciously active for Remain, some pretended neutrality. Only a few, like the RMT, stuck to principle. Leave happened on the back of working class votes in the traditional industrial heartlands of Britain. Workers were steadfast in the opinion that Britain should leave the EU. They rejected all the blackmail and pressure of the political establishment in Britain and the world. They took responsibility.

They now need to take back control of their own unions, carrying into their own organisations the clarity shown by the vote to leave. Trade unions need to be stripped back to their real historical purpose.

When it comes to running the country, the workers in any industry or service know about it in a way a Westminster politician never can. That is why our input on independence is vital. The working class must push the establishment to really leave. We must take responsibility for our country’s future.

In the process we end the pursuit of what divides us. We should stop talking of separation and devolution. We must begin to weaken the institutions of devolution and consciously strengthen all-British institutions whilst restoring genuine, accountable local authorities that are not too remote.

Britain in the world

An independent Britain can begin to refashion this country’s unhappy relationship with the world. We should not seek to control or interfere in other countries’ affairs. Recent interventions in Afghanistan, Iraq, Libya and Syria have been disastrous for victim countries and aggressors alike. We should develop proper relations with other countries. We should produce as a country but look outwards to the whole world, gaining a reputation for business and trustworthiness.

In the debate about the way forward, we need to discuss whether it is sensible to dispense foreign aid. It distorts the recipient countries very badly, shoring up anti-democratic tendencies, increasing corruption and slowing their economic growth. The purpose of foreign aid is control; it is not friendly largesse.

There should be an outburst of “What’s Next” meetings all across the country to consider the practical steps needed to be independent. They should be encouraged in workplaces, sectors of industry, unions, professional bodies, communities, wherever people congregate. Brexit is far too important to be left to a prime minister, or even three pro-Brexit ministers and their departments to decide. The people’s views cannot be ignored.

So wherever we are, we know what to do – Fulfil the Promise of Brexit, Make Britain Independent!