The animals are not for burning 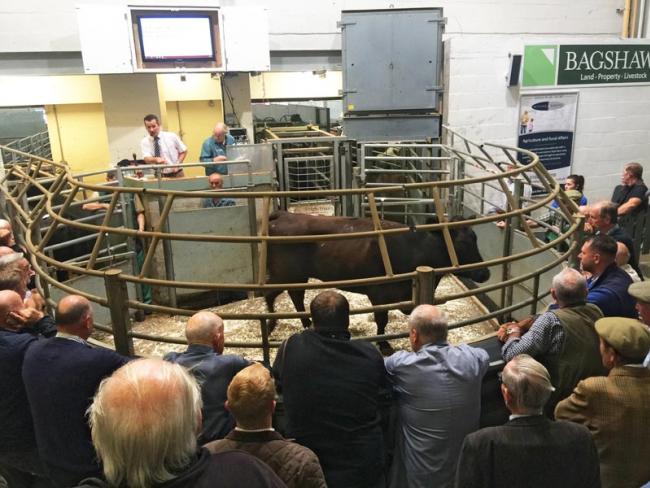 For 45 years British farming has been distorted by the European Union. And there’s no shortage of ideas about how to run it after Brexit…

If you want to know more about farming once we have left the EU, this short book is definitely worth a read. The title has a negative view of Brexit, as do most of the contributions. But that does not do justice to the range of views it contains.

The book was launched in London, with a panel who all view Brexit as a calamity, the day after Boris Johnson became Prime Minister. The nine short chapters come from a range of contributors who are more diverse. These include George Eustice MP, Fergus Ewing MSP, two contributors from the National Farmers Union and a number of other farmers.

The foreword is by farmer Stephen Carr. He also regularly writes for Private Eye under the pseudonym “Bio Waste Spreader”. Although he fears life outside the EU, it begins with a damming critique of the EU Common Agricultural Policy:

“Since 2005, the EU has paid out £64 billion a year of taxpayers money to farmers for doing nothing more than occupy their land. To receive this money from the CAP’s ‘Basic Payment Scheme’ farmland ‘occupiers’ have not been required to reduce greenhouse gas emissions or other forms of farm pollution, reverse the decline of flora and fauna on their land, or even produce food.”

Most people would expect that farmers producing food should be at the beginning of that list of what they might do for subsidies rather than the end.

Carr goes on to argue that “Brexit – in enlightened hands – might have been an opportunity for Britain to shape its own coherent, interesting, dynamic food and farming policy”. But he despairs of this happening. That’s not due to any shortcomings of British farmers but because we have the wrong sort of politicians: he can predict only “potential farm policy anarchy”.

His view is that farmers and the farming industry are passive and powerless to change anything. That is at odds with a tradition in British farming of a strong interest in agronomy and innovation. But it is consistent with the wider population’s negative view of politicians.

The same passivity is highlighted by Guy Smith, Deputy President of the NFU. He says in his chapter “…most farmers would rather shut the farm gate on the games and intrigues of the political classes and get on with growing crops and raising livestock”. That’s not what you’ll really find at any livestock market, where there is no shortage of farmers with views.

‘Politicians should be interested in food security, but they rarely are.’

Smith’s chapter is valuable because it covers some of the serious questions that we want to hear about from farmers rather than politicians. These include “Who pays the price for the food we eat? From where should Britain be fed? Public money for public good – but what is a public good?”

Politicians should be interested in food security, but they rarely are. So we should look to farmers, who have the answers to those questions that politicians lack.

The passivity of the farming industry shown in this book contrasts to the approach in the fishing industry. They have been assertive in making their views known about how they want to run their industry post Brexit. These were published in September 2018 in the form of a textbook for politicians entitled titled Brexit - Boom or Betrayal for the Next Generation of British Fishermen? (download free from ffl.org.uk).

There are some positive ideas about the farming industry in this book, but couched as suggestions rather than demands. For instance, it is suggested that Brexit might present an opportunity for increased public procurement and that we could source more British food in the public sector.

Huw Thomas of the Welsh NFU says “We always hear of other countries who have found ways to get domestic produce into schools and hospitals, so perhaps it will be an area we can look at again”.

Surely that thought is a demand which should be made now and loudly. And that would be far better than NFU representatives talking about cliff edges and catastrophes on our news bulletins, saying that Welsh lamb will have to be burnt and buried.

Clearly we need a strategy to support our livestock industry. If the result is top quality produce distributed throughout our public sector, that is a positive, practical idea that we can be getting on with now rather that at some future date.

An EU farmer no longer

One intriguing chapter titled “Once a European farmer, but no longer” is written by East Yorkshire farmer Paul Temple. Paul is an example of a person who rarely gets an airing in our media. He is someone who worked for Britain to remain in the EU but is now confidently looking forward to Brexit: his chapter might have been called “Once an EU farmer, but no longer”.

Temple makes a series of points about why he has changed his mind. He begins by saying with reference to the referendum “I accepted the democratic result”. He goes on to point out that the EU has an anti-science and illogical approach. He cites EU pesticide regulation where pesticides are removed from use for our farmers but the EU imports produce from countries who still use them.

Similarly he says the EU’s overly-cautious approach to genetic modification has “denied that science to me and other farmers…and yet millions of tonnes of GM-derived product are imported into Europe each year.”

His suggestion is that post Brexit Britain should produce more food, embrace the new learning about the biology of soil and invest in new farming infrastructure. He sounds too busy to write a book about his plans, but maybe politicians should visit his farm – and he has plenty of ideas to underpin a great documentary programme about the future of farming.