The battle for an independent Britain is there to be won 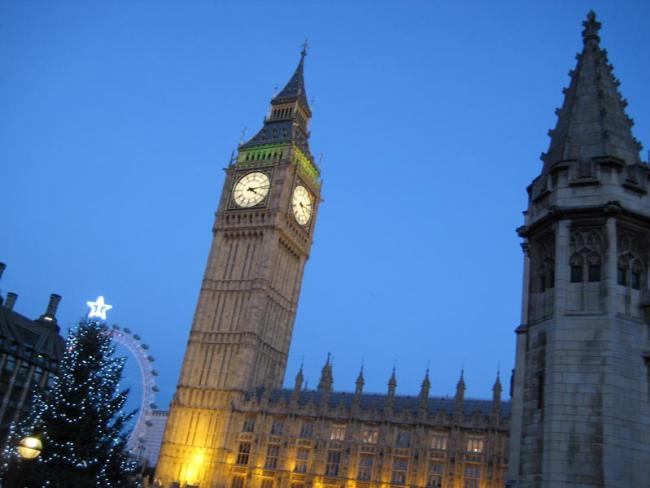 The fight for British independence goes on. We have achieved an extraordinary amount in our struggle. Unlike other countries, we rejected all attempts to make us join the euro, we voted to leave the EU, and so far, after three-and-a-half years of ever fiercer threats and intimidation, we have fought off pressure to give way and agree to give up Brexit.

It is true that many are weary, some are despondent, incredulous that there is no end to the manoeuvres of those who seek to prevent the decision of the 2016 Referendum being implemented. But the prize is too great to slacken from the fight. Remember how weak they are when the people stand firm.

The election is a trap, to distract us into yet again delegating the job of achieving independence to parliament. But parliament sees its task as the opposite, to block it.

Boris Johnson and the Conservative Party want the election to push through their rotten deal, which will leave Britain in a rolling, never-ending transition period during which we must carry out the instructions of the EU.

Even if the transition eventually comes to an end, Britain will be left as a satellite of the EU “project”, hamstrung by the Withdrawal Agreement and the Political Declaration, unable to truly protect its industry, agriculture or fisheries. Unable, even, to pursue an independent defence policy.

That is not Brexit.

The Liberal Democrats voted at their conference to blatantly deny democracy, to repeal Article 50 without even the fig leaf of a public vote. Now their leader, Jo Swinson, is saying there would be a second referendum with just Johnson's deal or remaining. So Brexit in name only, or Remain. Some choice!

Labour is also offering a referendum where leaving is not on the ballot paper, only a choice between its own deal – staying in the Customs Union and with it the EU – or remaining. So Remain or Remain. And it offers the SNP another try at dividing Britain via a second Scottish referendum.

What is clear is that the dead, deadening politics of the traditional Westminster party carousel will dominate the media for the next six weeks, along with the usual blast of empty rhetoric and even emptier promises.

Plenty of candidates will say they want Brexit. To them we say, prove it.

‘Plenty of candidates will say they want Brexit. To them we say, prove it.’

1: Are you prepared to ditch Johnson’s proposed treaty?

2: Will you only support a Brexit that hands control of industry and the country’s energy and transport infrastructure fully back to Britain?

4: Will you only support a Brexit that stops the free movement of people from the EU to Britain, restores national control over our own borders, and does not grant rights to citizens of EU states living here that are not available to British citizens (such as allowing them – and their children – to bring in dependent relatives from anywhere in the world without any limit on time or numbers)?

5: Will you only support a Brexit that removes completely the authority of the European Court of Justice over Britain?

If they can answer yes to all five questions, then they would be truly committed to independence. And we don’t need preaching from foreign politicians, whether from the EU or from the USA, to tell us how to vote. People can work it out for themselves.

An alliance on the ground

Workers in favour of independence will decide, constituency by constituency, on a choice that makes sense. Brexiteers are already conscious of not splitting the leave vote and allowing a liberal anti-democrat, for example, to slip through a gap. There will be a leave alliance on the ground as workers discuss tactical voting.

But make no mistake, in any conceivable outcome we will wake up on 13 December to essentially the same world – one where parliament will ignore the wishes of the people for the next five years (if its incumbents can cling on to power for that long).

Unless the supporters of Brexit use the election to advance that great cause, the battle for independence will have been suspended, not advanced. It will have to be taken up again. It may well be harder. It certainly won’t be any easier. But at least real politics will have a chance to breathe again.

Much more important than voting in this contrived election is the organisation that is taking place around the country in all sorts of Leavers’ groups, as well as in fierce arguments for independence taking place in buses, pubs and clubs.

There is a growing realisation that parliament cannot deliver Brexit, independence or democracy. The new Leavers groups, embedded in their own communities, are the potential guardians of an embryo democracy, a real democracy, which one day will sweep away the moribund politics of Westminster.

• This article has been edited to take account of Jo Swinson’s press conference, where she appeared to shift from a straight ditching of Article 50 towards a second referendum (on her terms).