Bring back control over power generation 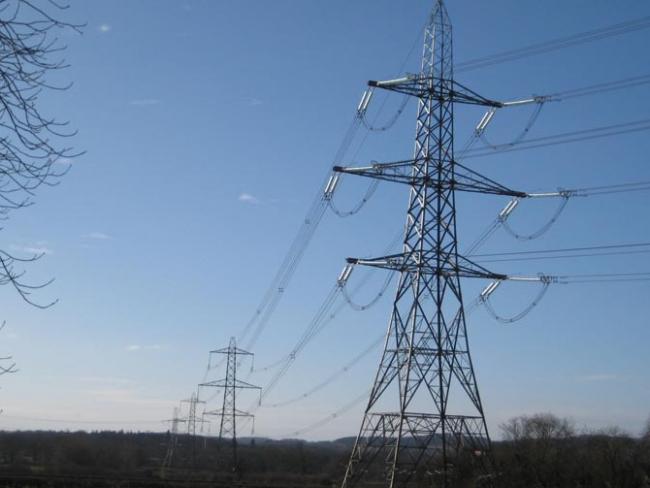 In the crucial debate about how Britain should generate power post Brexit there is a multitude of voices. Engineers have many theories, press stories abound, and competing companies produce their blueprints. We need a national strategy, and action.

Despite government nods and winks about Hinkley Point and possible Bradwell nuclear developments, the reality is we are probably decades off construction and completion, which is an awfully long time in the political churn of the 21st century.

Britain faces a generating shortfall brought about by the consistent failure of all governments to have a plan for generation – since the privatisation of all component elements of the electricity supply industry in the early 1990s. It demonstrates beyond doubt the failure of market driven economies to deliver, as privateers only would build if the public purse paid. It also demonstrates the abject cowardice of politicians of all parliamentary parties who refused to take decisions because of their subservience to the privatised monopolies.

The reasons for Britain’s generating shortfall for reasons go back a long time. Before the privatisation of the electricity supply industry began in 1989 the contradiction of running a state monopoly under capitalism made it impossible to plan, invest and guarantee supply – for example, guaranteeing the supply to every workplace and home in Britain versus a requirement to generate a profit for the government.

If Britain had not experienced the deliberate deindustrialisation during the 1980s-1990s, the generating industry would have failed today because it would not have been able to supply the demands of industry of the day coupled with the demands today.

Once privatised, the electricity generating industry was atomised, fragmented, sold off and largely brought under foreign ownership, with disastrous consequences.

That the most essential core infrastructure of the nation is owned abroad and in multiple centres poses great challenges to how the political will of the people of Britain is asserted. This removal overseas of control of this industrial infrastructure strikes at the very heart of sovereignty. Britain’s subsequent following of the EU’s diktat over power generation has ensured sovereign control over generation remains at zero.

The opportunity of Brexit has to be about how we the working class of Britain, the overwhelming majority of the population, grapple with, understand and determine a strategy for power generation which will serve the nation for at least the next 100 years. Only in that context can we judge companies that build small nuclear reactors, or specialise in fracking or other high tech generating schemes.

Is it wrong to think in terms of a 100-year strategy when technology changes so rapidly? No. The planning and construction for a new power station takes approximately 10 years (minimum) based upon existing design and technology. Many new or replacement power stations will be required. Creating the capacity to build is not something which can be done overnight but will require investment, training, skills enhancement, the actual rebuilding of Britain.

‘We are probably decades off construction of Hinkley Point.’

Planning and systematic investment and replacement of generation for a fast-rising population must be based upon a high tech economy and the expectation of ever improving living standards. This will require a long term commitment and radical re-think about how resources (coal, shale, renewables, nuclear, gas and oil, and so on) are accessed.

The original idea of the national grid for distribution was an unauthorised experiment largely based on London immediately prior to the Second World War. Its success guaranteed power supplies across Britain during the war but that involved developing radical new technologies to be able to create the generation and transmission of supply. Once the value of such an infrastructure was recognised by capitalism and industry, then effectively Britain could be connected up, but that in itself took 60 years to complete.

In the 1950s, the combination of a mixed economy of fuel supplies (coal, nuclear etc) led to the dream of free electricity to the domestic market and such low prices for the industrial market as to make Britain untouchable in terms of cheap exports. Like many pipe dreams it evaporated under capitalist economics. Nevertheless these previous examples of long term planning demonstrate that with the correct political determination and control the world can be built and rebuilt.

What generating strategy should the workers of Britain demand as we move into the Brexit period? Obviously we want to develop British technology, guarantee the development of British industry and manufacturing in Britain, creating work, skill, and wealth. But a generating strategy has to be holistic – ensure primary production supported by alternatives to ensure all eggs aren’t in one basket.

The Central Electricity Generating Board proffered a similar stance but in reality all its alternative sources were used to build an anti-miner coalition. Britain still has 1000 years of coal reserves. Clean coal technology has developed dramatically in the last 30 years, with Britain exporting such technology to the tune of over £1.3 billion annually, but with no proper application in Britain. Coal extraction, with new technologies and carbon capture, means coal still has to be a major energy resource we can call upon.

There is the whole question of shale fracking, which has to be developed safely to counter the scaremongering of the green lobby. Meanwhile the Scottish government is blocking fracking operations in Scotland but hypocritically accepting ethane shale gas imported from the USA.

There is the need for workers to grasp the reality that if you want clean energy you need industry. Modern clean industry, not wind farms, not wave technology, not solar panels, though the latter have a limited use, but industry to create industry. Fracking has a central role to play in future energy technologies, as it has contributed to the major downward fluctuations in the price of oil and gas.

Britain’s dependence on gas imports from Norway, Russia, North Africa and so on – the strategy of Blair and Brown to avoid having a strategy – still remains in force. Do we want to depend on the political uncertainties of other regions in the world?

The dash for gas burn has always been as carbon polluting as coal without clean coal technology. But it has generated obscene profits while disguising the gap between electricity supply and demand. Gas as a strategy for industrial generation, a strategy dependent on imports, has to be a minor part of future planning, a fallback.

The whole question of nuclear strategy and design has to be placed in the forefront of long term planning. Are the colossus Hinkley Point and similar technologies the answer or the more radical small modular reactors? Reactor design in Britain has been in abeyance in real terms for over 30 years, again a deliberate political decision.

The inability of nuclear engineers to develop relatively stable technologies is reflected in previous design – 10 Magnox stations, 9 differing designs; seven advanced gas reactor stations, four differing designs; one pressurised water reactor station, one design. But since none has been built in over 40 years it poses many questions. Do we use proven technologies which have a life expectancy of 40 years? Do we develop new designs and technologies as replacements?

Within all these struggles to arrive at a coherent energy strategy, where are the trade unions? In the privatised companies the trade unions and numbers of workers generally have been pared to the bone. Automation, outsourcing, self-employment individualised contracts, shell companies and overseas investment control – all have reduced the workforce dramatically. A new coherent trade union strategy for energy must be created, one that rises above sectional interests.

Skill, training, long termism, strategic planning with a commitment to an industrial dream turned into an industrial reality must replace the failure of market energy policy witnessed over the last 30 years. But that energy strategy must also dovetail into the supportive industries – construction, transport, the metal industries, manufacture, higher education and all other productive processes required to rebuild Britain.