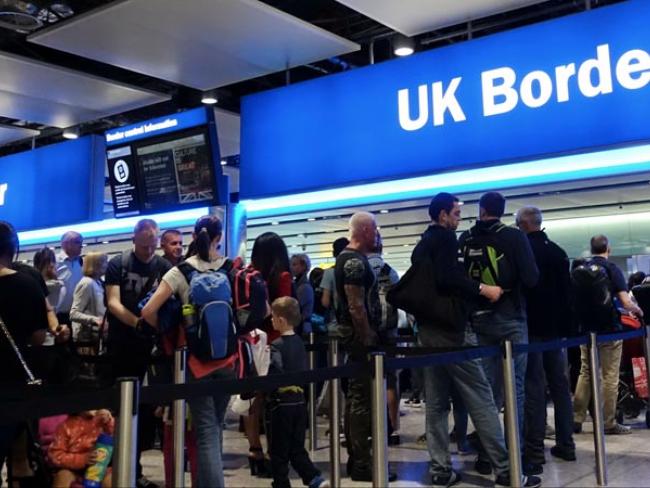 David Wood worked for the Home Office from 2006 to 2015, ending up in charge of immigration enforcement. So he knows his stuff. His illuminating study defines the important difference between refugees and migrants and makes some sensible proposals for cutting immigration into Britain.

Asylum seekers, under the 1951 Refugee Convention, are those fleeing war and persecution. Britain provides asylum or other forms of protection and resettlement to about 10,000 to 20,000 refugees every year. Wood notes sympathetic attitudes towards refugees across all social backgrounds, ages and ethnicities.

Around 55 per cent of the UK population agree with the statement: “Britain should protect refugees fleeing war and persecution.” And there is broad acknowledgement, even among those most hostile towards immigration, that refugees’ needs are different from  those of migrants.

But this requires an effective way of identifying genuine refugees and dealing with those who are not. Wood explains in detail why our current asylum system does not achieve those objectives.

Wood points out that many of those claiming asylum are not refugees. They are economic migrants with no legal claim to remain here. Many exploit the asylum system to prolong their stay, sometimes indefinitely.

The question for Wood, and many others, is why someone who has travelled across Europe waits until reaching Britain to claim asylum – and even then often after a long delay? Why would someone who was fleeing tyranny and seeking sanctuary wait that long and not apply for asylum at the first safe opportunity? Their failure to do so is evidence that they are migrants not refugees.

‘Why does someone who has travelled across Europe wait until reaching Britain to claim asylum?’

He argues that “late claims should place a duty on the claimant to show they have good cause for the delay in claiming before the claim is considered. If there were no justifiable reasons then the claim would automatically fail without further consideration. Whilst the UK is part of the EU and its policy infrastructure this would not be possible but it could be considered after Brexit.”

Currently fewer than half of failed asylum seekers are removed from the UK. 80,813 applications were refused or withdrawn between 2010 and 2016. But only 29,659 were removed – leaving 51,154 failed asylum seekers in the country from that seven-year period alone. This provides further incentives for people smugglers to target Britain and for economic migrants to attempt to reach here.

Wood points out that the migration statistics produced by the Office for National Statistics make no attempt to include any estimate of the substantial numbers of illegal immigrants coming into the UK each year.

The Office for National Statistics estimated net inward migration at about 270,000 in the year to the end of March 2018. To that should be added the Home Office’s internal estimate of between 150,000 and 250,000 foreign nationals a year who fail to return home when they should. That failure to follow up on people overstaying is another incentive for those who have no legal right to remain in Britain.

Wood observes, “What has emerged in the Mediterranean has been, in effect, some [nongovernmental organisations] providing a taxi support service for the criminal gangs who are facilitating the movement of illegal immigrants to the shores of Europe. The opening up of this route has partly been the result of the removal of Colonel Gadaffi from Libya, which has led to anarchy there.”

Wood makes many suggestions for changes, for example this, “One measure that might be introduced is to insist that lorries have tamper-proof locks to a recognized standard to secure their vehicle trailer so that any entry would involve interfering with the lock and would be obvious…Whilst the UK is in the EU, EU law may prevent such legislation, but the UK may be able to consider such legislation in the future.”

Many of the problems Wood describes are due to decisions by successive British governments. But a recurring theme in this book is the conflict between our interests and EU law.