Skip to main content
Home » News/Views » Energy: we know how

Energy: we know how 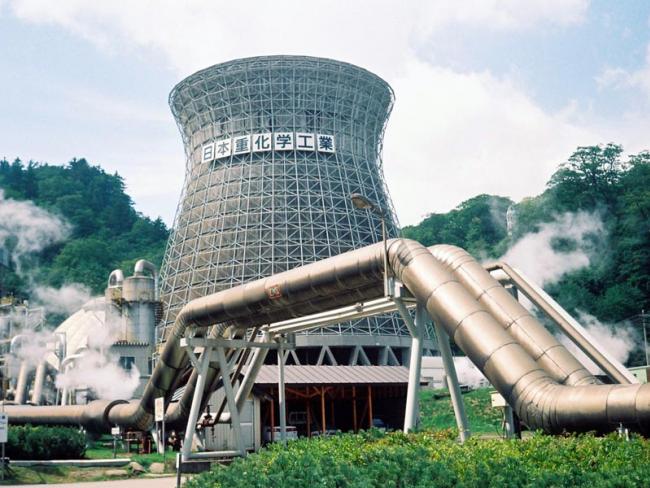 Matsukawa geothermal station in Japan. Projects on geothermal power in Britain came to a halt after the global financial crisis of 2008. Photo Si-take at ja.wikipedia

We have the expertise to produce low- and no-carbon energy in large quantities safely from our own resources underground. So says Paul Younger, Professor of Energy Engineering at Glasgow University, interviewed* by Jim al-Khalili at the Free Thinking Festival held at Sage Gateshead in November.

Speaking in the same week as the government announced the closure of all coal-fired power stations, Professor Younger has a better-informed, longer-term and at the same time more urgent approach to what happens next. Urgent he says because the lights may go out if we have a harsh winter due to the “crazy way we've organised the regulation of our energy”, allowing electricity generating capacity to drop dramatically.

Professor Younger is more than an academic. In 1992 Michael Heseltine wanted to close the whole northern coalfield within two weeks. Using his knowledge of hydrology and extensive experience, Younger looked into it and advised that would cause the “single greatest incident of acidic mine drainage in history”. He has been consulted worldwide on preventing contamination from mine closures.

Now Professor Younger concentrates on new sources of energy “hidden away out of sight”, as he puts it. Our need for heat should be urgently addressed as it takes 40 per cent of the energy we use. At great depth every miner knows how hot it is. This geothermal energy, if developed, would make a significant low carbon contribution. It could be captured in many parts of the country by use of hydraulics and geochemistry and used to heat buildings. Younger’s projects in Britain were halted through a lack of funding after the global financial collapse.

Professor Younger is also an expert on underground coal gasification. Coal at great depths can be accessed without mining by using boreholes, partially oxidising it on site and piping the gas taken to a refinery to make the petrochemicals required for industry. There are “hundreds and hundreds of years worth” of it under the North Sea, very deep where no water ever seeped in.

Asked whether this has ever been tried, Younger said with a chuckle, “Like most of the great things it was invented in the northeast of England.” Sir William Ramsay was developing the idea in Durham in 1912. War stopped his work, but it was noted by Lenin, then in exile here and taken up in the Soviet Union.

‘It is a big mistake to ignore the expertise that we have in Britain.’

From what we know about the geology and the amount of coal that would be removed during gasification, almost all the CO2 produced can be put back into the great voids that would be created. Professor Younger says this process could be economical when oil prices go up. There are start up costs, and this is no panacea for our energy problems, but it could make a significant contribution for many years.

Professor Younger says it is a big mistake to ignore the breadth and depth of expertise that we have in Britain, which will disappear without employment. “We have a proud century of mining up to 15 miles out under the North Sea without ever a single case of sea water entering a mine.” As for engineering the use of new energy resources, “people who safely operated mines under the sea and the oil and gas industry in the North Sea” can do it. He wants to re-purpose those skills while we've still got them.

But he is not so optimistic about whether we'll have the sense to do it: “we'll probably throw in the towel on it as with most other British inventions, and buy, eventually, the products from this back from the Chinese.” Will lights still be on in 50 years? Yes, in Africa, he says. Here, probably – but not before they would have been off “for a canny while”.

* The interview for The Life Scientific on BBC Radio 4 is available as a podcast at http://www.bbc.co.uk/programmes/b06pb54j