Skip to main content
Home » News/Views » Engineering training: back to the future

Engineering training: back to the future 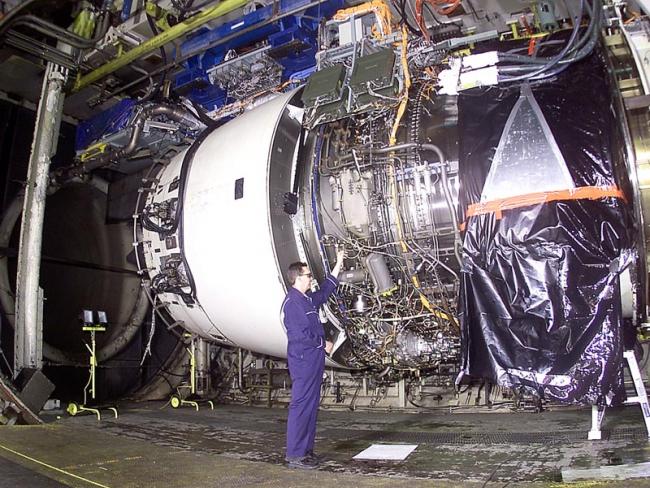 As the year-on-year call for more resources to train engineers for Britain’s future manufacturing industry increases, pressure is building for more consolidated action and a return to previous approaches to training…

Engineering and manufacturing even in their current state are important to Britain and are likely to become more so as we import less and export more following the referendum decision. Producing useful items creates value for our nation and items we can trade with the rest of the world.

There has been a steady movement of employment from the heavy industries of coal, steel, ship building and machine tools to “high technology” in the past 50 years. What does this mean in reality for workers?

On countless occasions we have seen the destruction of companies in Britain while investment is made by the very same companies in other countries of the world – their seemingly relentless deployment of low cost countries (LCC) strategies. The result is more redundancies and loss of skills and experience from Britain’s engineering workforce. Trade unions continue in their failure to attract new members from the under-30s age group within the engineering sector, especially in these smaller companies.

At the time when many growing economies were setting up the capability to train engineers, Britain almost completely abandoned ours, with an all-time low during the 1990s. This has resulted in a skills shortage despite some attempts to start apprenticeship schemes. Britain now cannot train for the future because much of the once established infrastructure to fulfil training requirements has gone. Colleges closed engineering departments that once trained craft and technician apprentices. Engineers were to come from universities!

This strategy was flawed. You need engineers to “turn wheels” – to operate machinery, collect data and analyse it. Graduates are not trained for these jobs. Industry shed the labour that could do this work and now there is a skill shortage at the craft and technician level. Hence the call in the last twenty years for more apprentices. It has been left to the larger companies to keep some training going.

We need a national strategy

To meet the numbers of engineers needed now another approach – dare we call it a “national strategy” – is necessary. There has been pressure for a more cohesive, properly funded programme for many years. But the various new government programmes to encourage the ‘apprenticeship route’ have been heavily criticised.

Dr Martin Allen and Professor Patrick Ainley from the University of Greenwich in their book Another Great Training Robbery found that “Apprenticeships are failing to help young people find work and improve their skills” and that “rather than helping to boost young people's economic prospects, the majority of apprenticeships are low skilled and dead end”.

‘Unions continue in their failure to attract new members from the under-30s.’

According to Allen and Ainley too many people are taking an apprenticeship at intermediate level (equivalent to GCSEs). Figures from the Skills Funding Agency showed that in the first half of the 2013-14 financial years 70 per cent of those on the programme were at intermediate level. They note that with 80 per cent of the population already qualified at this level, including most school leavers, it's questionable whether apprenticeships are helping to upskill the workforce and make the economy more competitive. Of the 891,600 apprentices in 2012-13, just 12,900 were training at the higher level.

There are examples of companies investing in the training of apprentices. One such company is Rolls-Royce. Its scheme has been described by Ofsted as “outstanding”. But this is to meet its own needs, and the costs are offset by the training facility being also used to train other parts of the workforce and the company’s customers in maintenance techniques.

An annual report by the government organisation EngineeringUK was published recently, analysing the engineering industry’s capacity and capability for growth. For every new job in engineering, two more are created outside of the sector and every £1 Gross Value Added (GVA) generated in engineering generates £1.45 elsewhere.

But the gap between supply and demand for people with engineering skills is still big enough to trigger widespread concern for the long term. The report shows that this resilient sector also has a positive impact on other areas of the economy.

Over 27 per cent of Britain’s total GDP is generated by engineering, amounting to £445.6 billion. Turnover for engineering rose by 3.4 per cent to £1.21 trillion in the year to March 2014, while employment has grown to over 5.5 million and the industry now supports 14.5 million jobs overall.

Paul Jackson, Chief Executive of EngineeringUK, says: “Engineering is a growth industry that has the potential to continue to drive productivity in the UK. This is a great opportunity, tempered only by concern about the need to train many more engineers, if we are not to be left behind by countries like South Korea and Germany.”

Nick Boles MP, Minister of State for Skills, says: “These shortages are compounded by insufficient numbers of young people, especially girls, choosing a career in engineering. I am convinced we will only overcome these challenges if all those with an interest in UK engineering commit to greater collaboration and partnership.”

Chairman of Crossrail Terry Morgan says: “In the past ten years, engineering-related apprenticeships have generated

£12 billion for the UK economy. Having started my career as an apprentice and seen first-hand what apprenticeships can deliver, I’m delighted that their very significant contribution has been recognised. If we are to double the number of apprentices in engineering, more needs to be done to highlight the opportunities apprenticeships can offer young people.”

Through the Tomorrow’s Engineers programme and organisations such as STEM Net (the Science, Technology, Engineering and Mathematics Network), the engineering community is working to inspire the next generation by helping young people from all backgrounds to understand the variety, excitement and opportunities presented by a career in engineering.

What should be done?

Most of the demands stated in the EngineeringUK document are exactly right and should be acted upon. But the premise is still on the government’s terms of low investment and not wanting to exert control over multinationals. There is a national plan but it only relies on large companies driving their own need, not on a national need.

‘Nothing will change until we make it change.’

Some sectors where more apprentices are needed are aerospace, nuclear, rail, and car manufacture, to name but a few. The latest government initiative, “Get In Go Far”, claims apprenticeships are available in 1,500 occupations across 170 industries of all sizes with durations varying between 12 months and five years. These apprenticeships need to equip the young workers with all the skills necessary in the increasingly complicated work environment.

Do we need a return to the Engineering Industry Training Board (EITB) of the past?

The government is framing the future on an increase in productivity. Its plan for raising productivity focuses on encouraging long-term investment in boosting infrastructure, skills and knowledge and in promoting a dynamic economy that encourages innovation and helps resources flow to their most productive use. Could this mean poorer terms and conditions and lower wages for the engineers of the future?

Maybe that’s why the industry is making no effort to retrain engineers thrown out of work in the heavy engineering sector. These experienced and often highly trained workers are more likely to be unionised. With the lack of capacity to train engineers and time lag to train the engineers of the future in Britain there may be an increase in demand for immigrants to fill positions similar to the situation in the health sector.

We need to grow our own engineers here. The Leave vote must be used to make this happen.

But as Allen and Ainley point out, apprenticeships in themselves don’t boost the economy: "The idea that simply creating more apprenticeships will rebuild the economy is highly questionable…Without policies for creating real, secure employment opportunities, it isn't clear if employers will really want to spend time and money training more apprentices, especially when there continue to be huge numbers of graduates to choose from – surveys show up to a third of university leavers end up in jobs for which they are overqualified."

Is the call from the TUC for real, secure employment opportunities loud and clear?

With construction employers paying a statutory levy to the Construction Industry Training Board, it has been subject to industry criticism over its funding of training. In June 2016, for example, the Board was criticised for not supporting an industry charity, Building Lives, while providing grants to organisations to train sales and marketing staff!

In the immediate aftermath of the referendum not much will change in engineering either way – except the fluctuating share prices – until we make it change. Britain will need its solid engineering base and its defence industry. We need strong industry via quality training in a strong Britain.