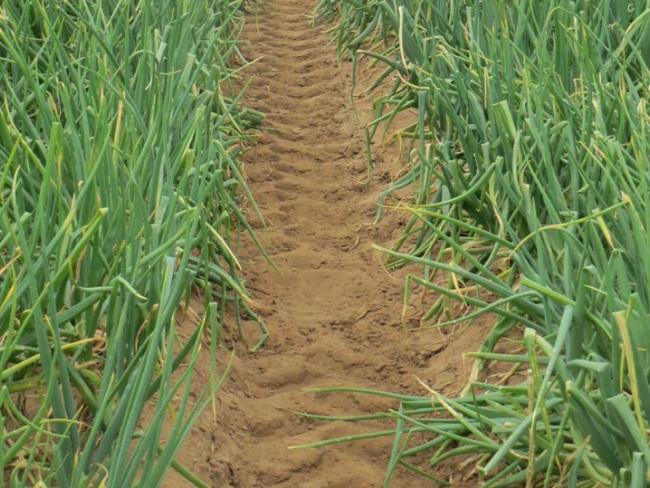 Onions in a field in Suffolk. Photo Workers.

EU rules force around a third of all fruit and vegetables produced on British farms to be thrown away purely because they don’t look good enough, according to a team at Edinburgh University. The scientists have estimated for the first time the quantity of fruit and vegetables lost because of “quality” controls imposed by the European Commission and the big retailers.

For years people have talked about the waste imposed on agriculture by the Common Agricultural Policy, but the full extent of it has not been determined. The researchers now estimate that up to fully a third of food grown on British farms is discarded each year. That’s around 4.5 million tonnes of food a year. Across the EU as a whole, around 55 million tonnes of useable food is chucked away because it doesn’t meet cosmetic standards set by Brussels.

The environment suffers, too. In terms of greenhouse gas emissions created in the production of all this fruit and veg, the researchers estimate they amount to the equivalent of 4.5 million tonnes of carbon dioxide a year for Britain, and a massive 22.5 million tonnes a year for the EU as a whole.

Stephen Porter, one of the authors of the report in the Journal of Cleaner Production, said that an EU regulation emphasises the cosmetic appearance of fruit and vegetables, as opposed to the quality.

“It covers 12 different types of fresh fruit and vegetables,” Porter said. “What they focus on is, for example, what proportion of an apple is the correct colour, what’s the proportion of that apple that may have blemishes or dirt on it. They’re very aesthetics, cosmetics, orientated.

“There is nothing to do with nutritional quality within those regulations. They assume they [fruit] are fit to eat, therefore it’s not a food safety regulation, it’s very much on quality from a visual perspective.”

In March the Edinburgh University researchers also looked intowaste resulting from another aspect of the Common Agricultural Policy – its pricing mechanisms. Concentrating on fruit and vegetables withdrawn from the market because prices have fallen below the EU-set level, they found that 23.6 million tonnes of useable fruit and vegetables produced by British farms were discarded  between 1989 and 2015.

Apart from the waste of good food, the production of this discarded fruit and veg, solely for pricing reasons, created huge and completely unproductive greenhouse gas emissions – equivalent to 5.1 million tonnes of carbon dioxide.