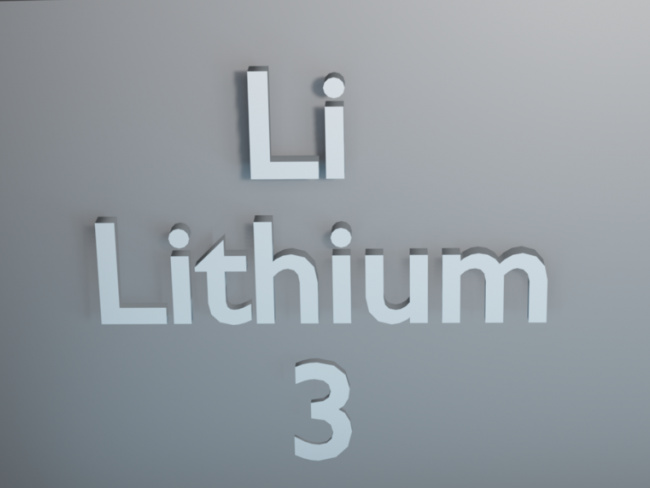 Worldwide, lithium occurs in brines (salt lakes, salt pans), produced mainly in South America (the Atacama desert in Chile, for example) or in Western Australia, and shipped to China for processing.

There is almost no commercial lithium production in Europe, and little prospect of large-scale production. But Britain has seen a significant increase in research and commercial exploration in the last two years, leading to new data on the feasibility of production.

Studies have concluded that lithium may exist in large quantities not far beneath the surface. Extraction from geothermal and oilfield brines is also looking feasible, and of increasing importance.

Following laboratory-scale lithium production, the company Cornish Lithium, in partnership with The Natural History Museum (leading the field-sampling together with the Camborne School of Mines, Exeter University) and engineers from Wheal Jane Mines in Cornwall, formed a consortium.

Named Li4UK, the consortium secured public funding to the tune of 76.6 per cent. Using low carbon technology (power-assisted processing by natural geothermal heat), it has been re-evaluating the area’s potential for extraction of lithium and other vital metals such as tin, copper and cobalt.

A separate company, Northern Lithium, aims to extract from hot saline brines within the Weardale Granite of County Durham, while a priority target, also identified by Li4UK, is Glenbuchat in Aberdeenshire.

On 18 January 2021 the consortium announced successful production of lithium carbonate both in Cornwall and in Scotland, thus putting Britain at the forefront of developments in the European battery industry and renewable energy storage.

Cornish Lithium expects its work to lead to a larger processing plant, to be operational by 2024. As many as 200 skilled local jobs, with training and apprenticeship schemes, are envisaged at this point. Meanwhile the jobs available are limited to technical specialists.

Producing lithium uses a lot of water, but industry has provided a solution, reducing water usage by recycling battery materials. In January, waste management company Veolia announced its intention to build a pioneering EV battery recycling plant in the West Midlands, processing 20 per cent of retired electric car batteries by 2024.

• Related article: Minerals and the future: the new dig for Britain

Minerals and the future: the new dig for Britain
One strategy to bind us all
ELM explained…
What is farmland for?
Football – it’s a game of money