Skip to main content
Home » News/Views » Minerals and the future: the new dig for Britain

Minerals and the future: the new dig for Britain 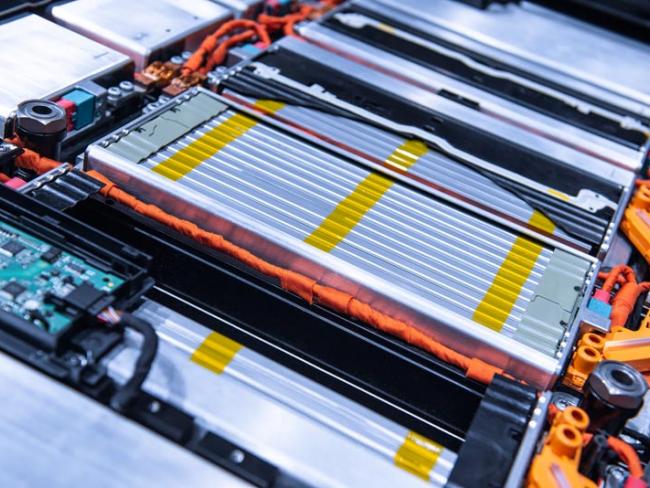 Electric vehicle battery pack – and everything in it needs to be extracted from under the ground. Photo Sergeii Chernov/shutterstock.com.

Modern life is inconceivable without metals, and the exploitation of Britain's mineral riches means jobs, skills and an increase in technological sovereignty. What's not to like?

There’s a saying that’s familiar to every miner and every physical scientist: everything we consume is either grown or mined. Yet clearly it is not familiar to everybody, because wherever and whenever there is a proposal to open a new mine, there are calls to stop the development on “environmental” grounds.

And yet there is more reason than ever to mine for raw materials. Recycling existing things can’t meet all our needs, particularly for electric vehicles but also for everything from laptops, 3D printers, solar panels, wind turbines and satellites to smartphones.

Smartphones, for example, contain two-thirds of the elements of the periodic table. If these materials are not to be obtained (where possible) from Britain, then where from?

In the 1980s the notion that Britain could be downgraded to a service economy decimated industry. Today it is an ideologically anti-industry minority and a free-market government with no real commitment to domestic production, that stands in the way of mining in this country. Yet modern life demands it.

The rock strata on which Britain stands and the waters surrounding this island still possess rich reserves – not only of coal, but an array of minerals requiring sophisticated and sensitive methods of exploration and extraction. The extractive industries, including oil and gas, directly employ around 60,000 people, and many more in the supply chains, working with hand and brain.

Electricity for clean industry still needs coal, and it can be produced without the carbon footprint involved in transport from abroad. The same goes for other traditional types of mining, still carried on to a greater or lesser extent in parts of Britain – tin-tungsten, copper, zinc, lead, silver and gold.

A secure domestic supply of such metals – where possible – is vital to an independent Britain as it moves (or should move) towards production of electric vehicles and large-scale electrification.

Aside from being a possible energy source, shale is used in the manufacture of ceramics and the ubiquitous Portland cement. It can also contain graphite, from which graphene can be extracted, potentially replacing plastics and silicon in a huge array of uses.

Graphite can be used in numerous applications. But it is the ultra-thin graphene – essentially, one atomic layer of graphite – first produced from it by two Russian researchers at Manchester University, using good old Scotch Tape, which stunned the public in 2004.

Millions of times thinner than a human hair, flexible, impermeable, transparent, and lighter than glass, graphene possesses the properties of both metal and non-metal. It requires careful handling, wearing lab suits, gloves and masks, but it has the power to transform production across the world, from simple electronics, solar panels, sensors, touchscreens and chargers, to the quantum computers of the future.

It is in Manchester, too, that the Graphene Engineering Innovation Centre, working with Highways England, is examining ways to use the unparalleled strength of graphene (300 times as strong as steel) to construct more durable roads.

A British university may have opened the doors to a seemingly brave new world, but it is China, where the state has no hesitation in funding innovation, which is leading most of the research into the tricky technique of separating graphene from graphite by mechanical exfoliation. China has ten separate research zones and over 2,000 companies working on the technology.

And after a long period of public disillusionment following media hype, British technicians at Ammanford in Wales are working on a way to make it usable – affordably – in plastics, by means of a plasma process.

Mining means skilled jobs and revival of local economies, and it is carried out from John O’Groats to Land’s End. Silica sand mining is carried out at 32 active sites, 26 in England, five in Scotland and one in Wales. There are some 300 mineral workings at limestone and dolomite sites in Britain, including 86 in the South West and 35 in Wales.

‘Graphite can be used in numerous applications, but it is the ultra-thin graphene which stunned the public in 2004…’

In Devon the Hemerdon project is one of the largest tin-tungsten reserves in the western world and one of very few outside China. The North Yorkshire Moors are set to be home to the world’s largest potash mine for crop fertiliser, while its new organic derivative polyhalite (polysulphate) is mined exclusively along the north-east coast under the North Sea. Much of the rock salt used for de-icing our roads in winter comes from the same source.

Cornwall, with its virtually unlimited geothermal energy, is a hotspot for the mining of metals. 400 years of copper and tin mining in the Redruth area came to a close in 1998. As with coal, this was not for lack of raw materials deep underground, but through capitalist economics – putting company profits today before the needs of the country tomorrow.

Now, as demand for high-grade tin rises in tandem with decarbonising policies (tin prices have doubled in the past year to over $30,000 per tonne), there is local support for reopening the extensive South Crofty mine. A spokesman for owner Cornish Metals said the re-start now under way would create 275 direct, highly skilled and well-paying jobs, with each job generating further jobs in the wider economy.

But it is lithium that is attracting the biggest interest in Cornwall and the South West, which urgently need reliable year-round jobs. The region’s reliance on tourism has been a weakness. The recent production of lithium for Britain’s new electric age could change all that.

Lithium is the lightest metal (lithium batteries are just a third of the weight of nickel-hydrogen batteries), with a high-density charge. In addition to use in electric vehicles (and they need a lot – 50 to 60 kilos of it in a single car battery), it is starting to be used for large electric grid-size batteries serving wind and solar energy.

The bad news is that world demand for lithium is set to outstrip supply. The good news is that there appears to be plenty of lithium in Britain, making its extraction a matter of national industrial security.

Until very recently the quantities were considered to be too low to be of commercial value, and everything had to be imported. That is set to change. Lithium is in the news, especially following the announcement in January of the start of a second stage of drilling at St Austell.

With the sale of petrol and diesel cars ending in 2030, Britain cannot avoid the global race for battery production. Workers need affordable cars.

In 2009 China decided not to compete with Western internal combustion technology, but to leapfrog straight to electric vehicles. By contrast, it has taken over a decade to convince the British government to invest in battery production here.

With declining sales in favour of the state-subsidised Chinese market, and lack of confidence in British independence, the government allowed Honda Swindon, for example, to close in 2019. Subsidies for Jaguar Coventry, where the marque’s first new all-electric car was to be produced, were cut back…and production moved to Slovakia. But Britain is now free of the state aid rules which bound it as a member of the EU. MPs no longer have an excuse to ignore the needs of the British people.

At present, three out of four lithium car batteries are made in China. Burgeoning demand for electric vehicles and the promise of domestically produced lithium is beginning to attract companies into building so-called “gigafactories” (the term really just means a huge factory) to scale up lithium-ion battery production in Britain.

The union Unite and the Faraday Institute estimate that seven gigafactories will be needed by 2040 to avoid dependence on China’s state-sponsored refining and recycling supply chains. Work on the first of these, targeting commercial vehicles and sports cars (in competition with the Chinese-owned Lotus), started in September 2021.

‘At present, three out of four lithium car batteries are made in China…’

Built by Britishvolt on a site in Northumberland that was formerly Britain’s largest coal-fired power station, the gigafactory is expected to bring 8,000 jobs to a run-down part of the North East, 3,000 of them directly and the rest from the supply chain across Britain.

In Sunderland Japanese carmaker Nissan, partnered by Chinese company Envision, recognised the superior skills of local workers for the building of an electric battery gigafactory, with promise of 6,200 jobs at its plant and in its supply chain, including 75 jobs in R&D.

Bentley, employing 4,000 at its Crewe plant, has announced its first electric vehicle for 2025. Ford is planning a £230 million investment at its Halewood plant, beginning in 2024, for all-electric vehicles to be sold in Europe.

Ironically, due to an EU blunder in the Withdrawal Agreement, electric vehicles exported to the EU have to contain at least 40 per cent of components made in Britain or the EU, rising to 55 per cent by 2027. That makes it attractive for British vehicle manufacturers to source materials here, rather than from China, particularly batteries, which account for 50 per cent of the cost of electric cars.

Schools must flag up careers in mining to young people. Employers must provide training. The material conditions for Britain to be virtually self-sufficient in minerals and metals lie beneath our feet, and in the expert hands of the people who live and work here.