Greenwich fights back over newspaper order 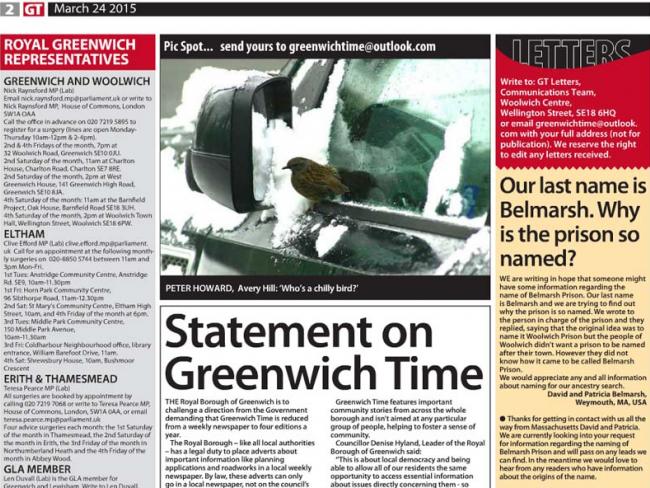 Closing the borough’s newspapers would cost at least £250,000 more.

The Royal Borough of Greenwich is resisting the attempt by Eric Pickles, Secretary of State at the Department for Communities and Local Government, to reduce the frequency of the council’s newspaper from weekly to four times a year.

In the latest move, the council is in the process of lodging a claim for a judicial review of Pickles’ decision to issue a statutory notice requiring it to limit publication.

Meanwhile, the council has said that it cannot meet its legal and statutory obligations to publish information of interest to the public – such as planning proposals and council meetings – unless it uses its weekly newspaper.

To transfer the cost of advertising this information to private providers would increase costs to the citizens of Greenwich by at least £250,000.

Pickles and his government have ensured swingeing cuts have hit authorities like Greenwich. Now he is trying to force up the council’s costs by pouring advertising revenue into private publishing companies.