John Lewis and the Co-op: models for worker ownership and control? 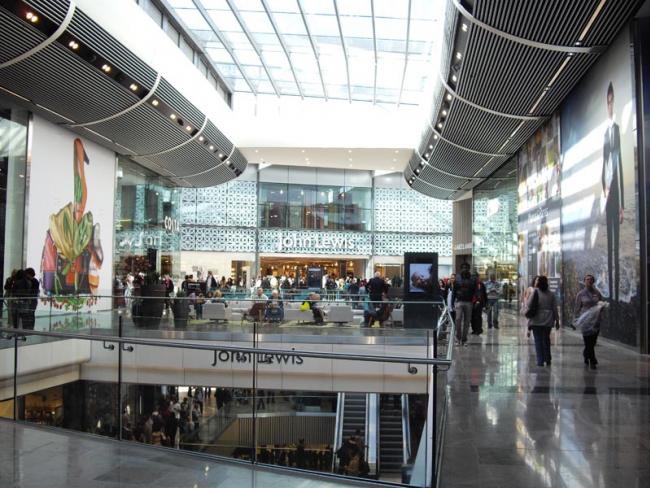 The desirability of greater worker involvement in the governance and affairs of their employers is something frequently advocated by many across the political spectrum, from the Tories to the trade unions. The virtues of worker co-operatives are extolled alongside those that want to see greater employee share ownership, and the John Lewis Partnership is frequently held up as a shining example of worker involvement.

Britain’s co-operative movement proclaims its values of self-help, self-responsibility, democracy, equality, equity and solidarity, along with honesty, openness, social responsibility and caring for others, and many in the trade unions and the Labour Party support this approach. Elements of the Tories and big business clearly prefer employee share ownership to co-operatives.

Worker-owned co-operatives and companies can arguably be set up in any part of the economy to deliver a commercial service. If the goods and services are popular, of good quality, and priced realistically, they would probably thrive. But those that argue for this model to be extended to the provision of public services are in effect advocating privatisation, with public sector bodies taken out of the public sector to compete as a profit-driven entity.

‘Why a co-op was preferred to a more conventional state-owned organisation was not made clear.’

In this year’s Welsh Assembly elections, Carwyn Jones, First Minister of Wales, campaigned for the creation of a “not for dividend” company to take over the railway passenger services in Wales. He said, “I am expecting real benefits to passengers, including faster journey times, higher quality services, improved reliability and less overcrowding. Our vision is to see a not for dividend model with a strong connection with the communities it serves. Transport for Wales, our not for dividend company, will deliver the new franchise as a modern high quality service, contributing to an integrated public transport system across Wales.” Quite why this this was the preferred option rather than a more conventional state-owned organisation was not made clear.

This approach is supported by train drivers’ union ASLEF, which along with the Co-operative Party, Cooperatives & Mutuals Wales and Co-operatives UK, commissioned a report titled A People’s Railway for Wales. Advocates state that whilst this new mutually owned company ‘would not be a full co-operative’, its ethos would fully reflect co-operative principles of social responsibility, democracy, equity and service to the community.

A “not-for-dividend” approach suggests a profit-driven company, reinvesting those profits in the services it provides. However, the reality of the railways in Wales is that they don’t make profits, and are very unlikely ever to do so, instead requiring state subsidies.

How this would work is unclear, as are the advantages of this approach over the traditional model of state ownership. What is clear from the sometimes bitter experiences of workers elsewhere is that staff are unlikely to benefit more than marginally, either in terms of pay and conditions or in terms of a greater influence in the direction of the business. Nor is this a model that could be described as one delivering public ownership and control.

It is instructive to examine other examples "mutual" ownership to see how well workers have benefitted from this.

Little or no control

My Civil Service Pension (MyCSP) administers the pensions of civil servants and was of course once part of the Civil Service.  In 2010, it was effectively privatised as a Mutual Joint Venture by Cabinet Office Minister Francis Maude. It was forced upon the staff despite their clear opposition, the staff recognising the fact that they would have little or no control over the way the business gets run.

On 1 May 2012, it became a limited company in which the government retained a significant shareholding, and the employees have 25% of the shares in the controlling trust. However, 40 per cent of shares were sold to Xafinity Ltd, part of the Equiniti Group, whose Chair and Chief Executive came from outsourcing sharks Serco and Capita respectively.

The history of creating mutuals out of public services is littered with heroic failures.  John Major’s government privatised the nationalised bus companies in the 1980’s, and many were bought by employees. However, Major’s hopes of this being the beginning of the much vaunted “share-holder democracy” evaporated when the poorly-paid workers quickly chose to sell their shares on at a quick profit to the highest bidder, making millionaires out of people like Brian Souter of Stagecoach.

From mutuals to banks

Even those that tried to stay the course soon found themselves not only under pressure from the big companies, but also from the banks that refused to lend for much needed investment at affordable rates of interest.

The recently departed Prime Minister Cameron often cited John Lewis as the model for mutual ownership. 91,000 staff are “partners” in a business with over 400 stores, a production unit and a farm. However, its cleaners were outsourced and thus denied the opportunity to share the profits. It does not recognise unions; its constitution tellingly states: “Every partner is free to belong to a trade union, although if there is conﬂict between a trade union and the Partnership those concerned must consider carefully their responsibilities as partners.”

It also used to limit the pay of its most highly paid managers to 25 times that of a Partner, but this was recently changed to 75 times! The Chairman Sir Charles Mayfield, who receives an annual salary of around £1.5 million, has stated that employees must work harder to justify earning the government’s national living wage. He said, “You can only afford to pay someone more if the value of their contribution is better. What was OK at £7.20 an hour is not OK at £9.20 an hour.” Precisely how his contribution is worth £1.5 million a year is not stated!

Waitrose (part of the John Lewis Partnership) has cut perks for its staff to help pay for the national living wage, and has stopped paying Sunday and overtime rates for new workers. There seems little doubt that John Lewis is much like working for any other employer, but perhaps (for now) slightly better paid.

Of course the biggest mutual employer of them all is the Co-operative Group, the one everyone knows as seemingly having a shop on every street corner. Growing out of the work of the Rochdale Pioneers, the co-operative movement was initially a response to widespread food security and adulteration issues, but soon evolved into a plethora of organisations looking to counter the intense exploitation of workers by capitalism. The movement went on to establish a political arm, the Co-operative Party, in 1917, developed interests in banking and insurance, and had extensive food and other manufacturing capability. In 2000, the merger of the wholesale and retail arms of the Co-op created the world's largest consumer co-operative with 6.5 million customers.

In more recent times the Co-op has contracted considerably in the face of intensive price competition from the private supermarkets such as Tesco and Saisbury’s, and its banking arm found itself massively over-extended in the financial crisis of 2008.

The Co-op has had a strong relationship with the trade unions, with the shop workers’ union USDAW having a significant membership with the employers under the Co-op banner. But in the main this has not been translated into better pay and conditions.

However, relationships with the unions have been stormy in the recent past. The Co-op de-recognised GMB in 2007, terminating a relationship that went back to the Victorian era. As a result, the Co-op found itself ostracised; a motion moved by GMB and seconded by USDAW was passed unanimously at the TUC Congress in 2008 condemning their draconian decision and pledging all unions support to work to overturn that decision. The Co-operative Party also carried a similar motion at their annual conference.

As a result, the Co-op was banned from TUC and Labour Party Conferences, and events such as the Tolpuddle Martyrs festival where they had been previously welcomed. Undeterred the Co-op Board has ploughed on regardless. GMB remains unrecognised, but continues to boast a substantial membership in the Co-op.

The Co-operative Bank more recently capitalised on its mutual reputation by selling itself as a bank which had unique ethical policies setting out the way they do business. The company boasts that it will not finance:

Since the heady days when the bank made such pledges, the harsh reality of living with capitalism has kicked in.

Following the 2008 financial crisis the Co-op Bank faced collapse after a £1.5 billion “black hole” was discovered in its accounts. This was attributed to management failures, including the bank’s takeover of Britannia Building Society and its failed bid to acquire hundreds of NatWest bank branches.

So great was the scale of the problem that it threatened the entire Co-op Group, and it had no alternative but to turn to arguably the least ethical option, US hedge funds, to bail them out. With rampant US capitalists in charge as majority shareholders and the Co-op Group shareholding reduced to just 20 per cent, the veil of ethical acceptability soon slipped.

Without warning, Co-op Bank closed the accounts of the Cuba and Palestinian solidarity campaign groups along with a number of other “left-wing” organisations. Accounts closed included those of associated charities that fund educational and other projects in Palestine, a move that would be unlikely in the rest of the banking sector.

After citing a number of excuses about “risk management” and “global regulations” for its actions, the bank eventually wrote to customers who protested about the account’s closure stating that “US blockade policies against Cuba are enforced by the US Treasury Department’s office of foreign assets control. By adhering to US sanctions the Co-operative Bank is complying with US extraterritorial legislation.”

In 2014 the Co-op Group sold its farming, pharmacy and Sunwin Services’ businesses “to reduce debt, invest for the future and focus on its new purpose and strategy”. Those workers employed in these areas have had to take their chances with new employers that will certainly have less philanthropic attitudes.

The problem is that cooperatives that are established in the context of the capitalist market must compete in order to survive, and if the rate of exploitation is high among your competitors, then you must match it. Some cooperatives find small niche markets in which to survive, but the majority will either be driven out of business or be forced to copy the practices used by other employers.

The Economist has pointed out that, in co-operatives, "lay-offs, short hours and wage cuts can be achieved without strikes, and agreements are reached faster than in companies that must negotiate with unions and government bodies."

As John Medhurst of the Institute of Employment Rights put it in 2012, “although there are many positive examples of co-operative working, employee ownership etc, the government’s programme is of an entirely different kind. A Victorian vision, it uses the language of equality and democracy to divide workers, to create armies of little Thatcherites competing with each other for shares in place of trade union and employment rights.”