Still fighting over the Co-op Bank 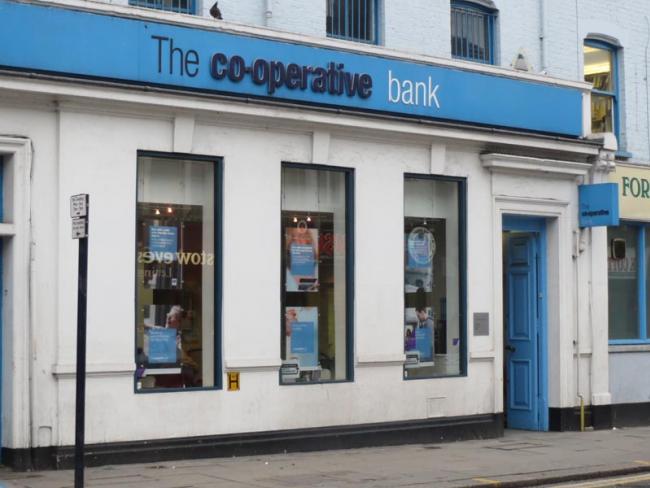 The “Save our Bank” campaign – the cooperative and mutualists who have seen the demise of the Co-op Bank and control passing to private equity and hedge funds – is still trying to fight back against the new owners.

Proposals are being drafted to establish a Co-operative Bank customer union to work within the bank as a pressure group campaigning for the full re-establishment of cooperative principles and mutualism within the bank – in other words to drive out the private equity ownership.

If that is not a realistic aim – which it isn’t – then the pressure group will try to ensure that the Co-op upholds its public commitments to ethical banking. Meanwhile, the Co-operative Group shareholding in the bank has been reduced to 20 per cent, and the private equity shareholders are inviting further hedge fund investors to buy in. Capitalism sees that there is a market for investors with ethics and a do-gooder portfolio as much as there is a market for other cut-your-throat privateers and financial bandits.

The ethical banking code the Co-op was forced to uphold is still in place – widespread surveying of existing customers indicated that dumping the code would lead to a massive haemorrhaging of the customer base. But it is slowly being reduced. Forty-two dodgy applications for new accounts were rejected in 2012, 12 in 2013 and only 4 in 2014. An ethical code maintained on paper? The Co-op movement fights on – but is the corpse picked clean?