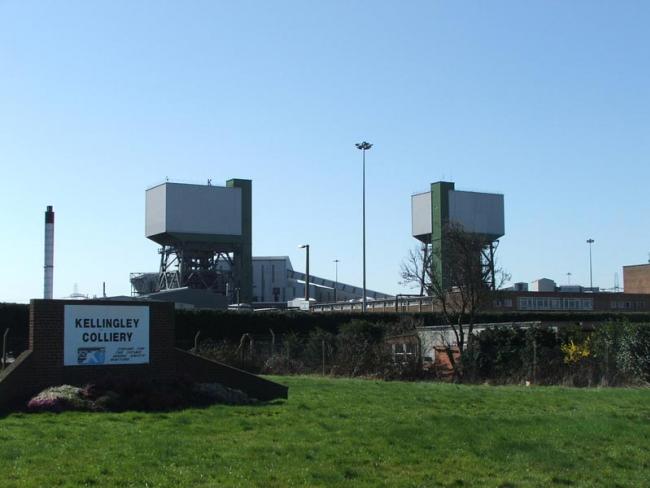 Kellingley Colliery, Yorkshire – the last deep coal mine in Britain, now to be closed. Photo Chris Sampson (CC BY 2.0)

This is done with the pretence of a commitment to climate change. But the switch from coal to gas generation will be cosmetic and is solely to pander to so-called green votes. Significantly anti-coal campaigners ignore the value of Britain’s coal reserves, all mineable and useable if investment in clean coal technology were advanced.

Instead the government abandoned its £1 billion prize competition to provide carbon capture and storage technology. This would have created a world-wide market for the use of clean coal. And anti-coal campaigners have entered into a pact with the Devil in the form of international banking. They have created a league of over 21 banks pledged never to invest in coal or clean coal technology. In the name of ethical banking, finance capital attempts to murder the lynchpin of the industrial revolution – coal.

Further issues must be examined arising from the closure of Kellingley and soon Ferrybridge, Eggborough and Drax power stations. The shattering of the link between Britain’s coal industry and electricity supply industry by privatisations under Thatcher destroyed the concept of both nationalised industries and also a planned, integrated and multi-faceted energy plan for Britain.

Britain’s ability to control its own energy resources, its own supplies and its own ability to plan for the future has now been put in jeopardy. At fault are the division and subsequent competition between differing fuels used for the generation of electricity, the establishment of a market in electricity supply and the subsequent selling of British ownership to foreign companies and states. And governments that think they can import their way out of anything, from natural resources to labour.

The dash to gas, dependent on foreign supplies, has diverted vast profits to the company owners and wasted a finite resource. Indecision over constructing replacement nuclear generation has seen costs spiral over the past 20 years. The public will pay double and triple for this investment as politicians of all parties have flaunted their hesitation and cowardice.

The now closed coalfields of Yorkshire and North East England have dominated the Vale of York and River Ouse for nearly 60 years, along with their associated giant power stations, Drax, Eggborough and Ferrybridge. Their closure and demolition, if not decommissioning and transfer to China for reconstruction, will change the landscape of the North forever. And yet there is still the increasing likelihood of power cuts as the physical ability to generate and the number of power stations available lags behind growing demand.