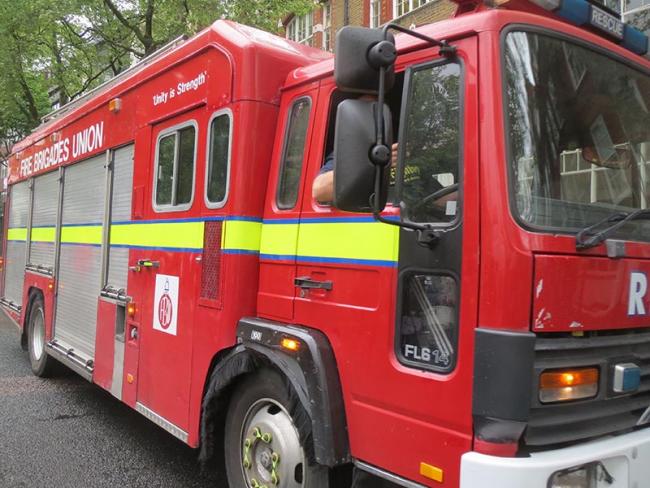 The Fire Brigades Union’s appliance, which took part – noisily! – in the London May Day march this year. Photo Workers.

The Mayor of London, Boris Johnson, has been accused of risking lives with fire brigade response times rising in the wake of 10 station closures and the withdrawal of 13 further engines earlier this year, according to information given to London Assembly members.

New data revealed that across more than half of London people dialing 999 are being forced to wait longer for the fire brigade. There is a target for arriving at emergencies within six minutes. The new information shows that this has been missed across a third of the capital. In the last year, London’s average time for the first engine to arrive increased from 5.18 minutes to 5.30 minutes. For the second engine’s arrival, the average rose from 6.28 minutes to 6.51 minutes. Figures reveal that response times have gone up in over 370 of London’s 649 council wards. 214 wards are missing the target for the first engine arriving with six minutes and 141 wards are missing the target for a second engine arriving in eight minutes.

The data is deeply troubling. Firefighters warn that critical lost seconds could mean the difference between life and death in a burning house. Public safety is starting to be sacrificed; economic cutbacks are the priority. The working class in London needs to ensure the public are properly protected and bring the fire service back to target.