The long shadow of war 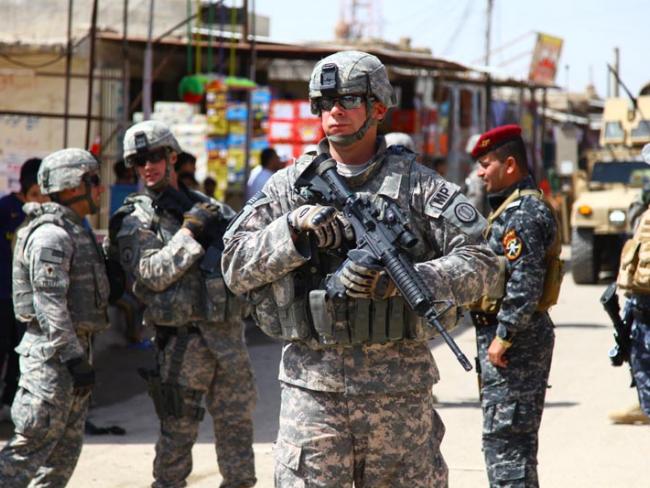 This is an illuminating account of the disaster that the US-British attack on Iraq has visited upon the countries of the Middle East. Patrick Cockburn was Middle East correspondent for The Independent, and he uses many of his contemporary articles to demonstrate the consequences of that invasion.

Cockburn shows that “the US-led invasion of Iraq in 2003 was the earthquake whose aftershocks we still feel. It energised and expanded existing conflicts and confrontations such as those between Shia, Sunni and Kurds; Saudi Arabia and Iran; countries opposed to US policy and those favouring it.”

He notes that UN sanctions devastated Iraq in the 13 years between 1990 and 2003, over which time standards of living fell from the same level as Greece to those of Mali. The effect of sanctions was murderous. The World Health Organisation put it clearly in 1996: “the vast majority of the country’s population has been on a semi-starvation diet for years”. The UN estimated that between six and seven thousand Iraqi children were dying every month as a result of sanctions.

Dennis Halliday, the UN Humanitarian Coordinator for Iraq, resigned in 1998 protesting against the UN sanctions. He warned, “What should be of concern is the possibility of more fundamentalist Islamic thinking developing … It is not well understood as a spin-off of the sanctions regime. We are pushing people to take extreme positions.”

Ignored at the time, Halliday was right: the extreme Sunni sectarian Islamic State rules a third of Iraq, and Shia religious parties dominate Iraq’s government.The 2003 invasion destroyed the Iraqi state and army, but sanctions had already shattered the country’s society and economy. The British working class opposed the murderous, illegal aggression, but we were unable to stop our state from waging the war.

‘The effect of sanctions on Iraq was murderous.’

Cockburn argues that Labour prime minister Tony Blair was wrong to deny that hostility to the invasion of Iraq motivated suicide bombers. He says “The findings of an investigation, to be published soon, into three hundred young Saudis, caught and interrogated by Saudi intelligence on their way to Iraq to fight or blow themselves up, shows that very few had any previous contact with al-Qa’ida or any other terrorist organisation previous to 2003. It was the invasion of Iraq which prompted their decision to die.”

And the Saudi rulers funded that terrorism. The then US Secretary of State, Hillary Clinton, wrote in 2009, “Saudi Arabia remains a critical financial support base for al-Qa’ida...and other terrorist groups.”

On 17 March 2013, Cockburn warned, “We are going to do it again. The British effort to get the EU arms embargo amended so that it can supply weapons to the Syrian insurgents is justified by self-serving falsifications about the situation on the ground similar to those used to garner support for the invasion of Iraq 10 years ago. … Giving more arms to the rebels is not the way to end the war …”

Then the British and US governments and their allies Qatar and Saudi Arabia armed the Syrian rebels, who are run by ISIS and al-Qa’ida. There is no significant moderate opposition.

Cockburn wrote on 19 November 2015, “the massacre in Paris has exposed the bankruptcy of Western policy towards the so-called Islamic State and the war in Syria and Iraq. … The US, Britain, France and their allies have refused to admit that the fall of Assad would create a power vacuum that would inevitably be filled by Islamic fundamentalists from ISIS or al-Qa’ida clones...”

Thankfully, the Syrian government, with the aid of its ally Russia, is defeating the Islamist fascists. The British working class successfully opposed open war on Syria in 2012, but is still letting the state intervene in Syria’s internal affairs.