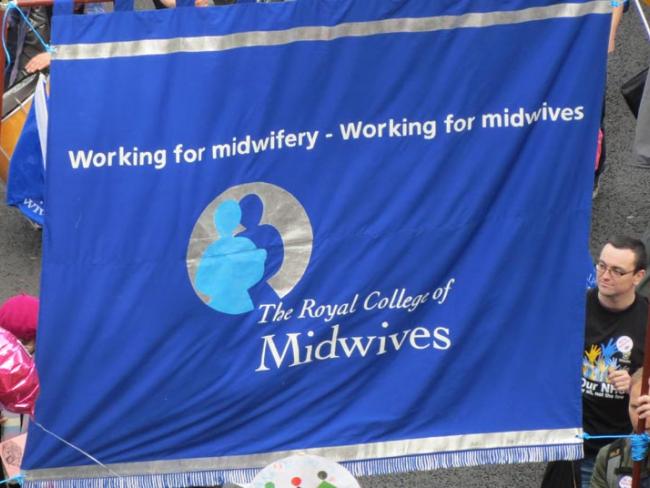 On Monday 13 October members of the Royal College of Midwives (RCM) will take strike action for the first time in its long history. The industrial action, over pay, will start with a four-hour stoppage between 7:00 am and 11:00 am. It follows the rejection by employers of the Independent NHS Pay Review Board recommendation of a 1 per cent pay rise for NHS staff.

Emergency cover will be given to all women in labour but routine antenatal clinics will be cancelled. The following day, midwives and maternity support workers will start guerrilla action with a ban on unpaid overtime.

This action follows a ballot – itself the first strike ballot in the RCM’s history – with an 82.2 per cent vote for strike action. An even higher 94.6 per cent voted to take part in action short of a strike. Turnout was 49.4 per cent.

Further action will start on Tuesday 14 October to highlight the shortage of midwives in England and to highlight how much the service relies on the goodwill of midwives doing unpaid overtime.

Cathy Warwick, RCM chief executive, said: “This is a resounding yes from our members. It could not send a clearer signal about the level of discontent on this issue to those denying them a very modest 1 per cent pay increase.

“Our members have suffered three years of pay restraint and face the prospect that their pay in 2016 will only be 1 per cent higher than it was in 2010.”

The RCM has stressed that members will only work paid overtime. It has asked midwives to keep a timesheet of all paid overtime to highlight the extent of the current shortage.

This action short of strike is interesting in that the employers cannot claim “partial performance” as they have done in other disputes such as those involving university staff. It does not affect the care given to women but asks the employers to pay the midwives for the time they work over their contracted hours.

The RCM has been in existence under its current name since 1947. Its history goes back to the Matron’s Aid or Trained Midwives Registration Society of 1881, which changed its name to the Midwives Institute in 1901. It became a trade union and joined the TUC in 1976.

Throughout this long history the direct link between the status of midwives and the safety of mothers and babies has been a constant theme. It is an outrage that a new chapter on these intertwined themes will need to be opened in 2014. But now that it has come to this, the whole country should make their support of midwives, mothers and babies loud and clear.