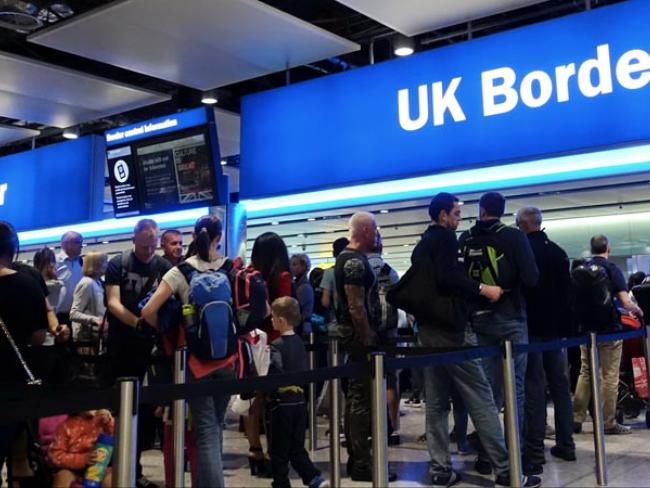 The Office of National Statistics has just published the figure for net migration into the UK for the year up to March 2020. It is now 313,000 – up by 40 per cent in one year, and back to the top figure seen in 2015, the year before the EU referendum. Roughly speaking, non-EU migration has replaced EU migration over the period.

We now have the prospect of rising unemployment with the end of the furlough scheme, and of course a serious ongoing shortage of affordable housing. So how are the new arrivals going to find jobs and housing? The government has simply lost control.

The National Institute for Economic and Social Research has estimated that unemployment will rise to 10 per cent of the workforce by the end of the year, and that levels will remain high until at least 2024. According to Shelter, Britain is short of about 1.2 million housing units, and the plan to build 300,000 per year will scarcely cover the new arrivals, let alone the 1.2 million households already living here and needing a home.

Most people arriving over the past year have come through legal channels, so the government is simply presiding over that. But with over 400 illegal arrivals daily, now rising each day, it doesn’t take a statistician to see that these alone could rise to 146,000 in a year.

Meanwhile MPs have been told how people smugglers are recruiting their customers using social media, despite appeals by the National Crime Agency to the social media platforms to take down their promotions and block the encryption used to foil police interception of their boats.

Who’s counting? Not the government
Free movement? Come on in, says government
The ‘left’: fear and loathing of workers
Call to double medical school places
NHS recruitment: self-sufficiency is the answer