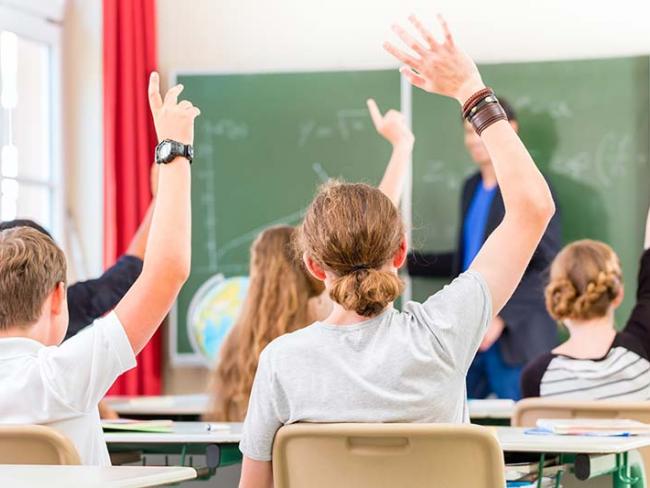 Despite glaring evidence of failure, the government has defied common sense and just announced an increase in its programme of school-based teacher training – known as School Direct – to 17,000 for 2015-16. The massive switch in funding away from universities towards school trainers has raised concerns about whether schools will be able to recruit sufficient numbers of well-qualified teachers, while university courses close as they become unviable.

In the latest of a string of changes to the training system, education secretary Michael Gove introduced School Direct in September 2012 to continue the trend away from academic study towards “training on the job”.  This politically motivated shift has been causing serious problems, with evidence accumulating of teacher shortage in some areas.

School Direct has turned out to be an unreliable recruiter, failing to fill its allocated target each year. By September 2013, it had filled only half of its allocated 10,000 target for 2013-14. In spite of this, the scheme was increased to 15,000 places for 2014-5. Too late, it then turned to the universities to dig it out of the hole it created: this July, faced with a 33 per cent shortfall in student teacher numbers, the government suddenly asked universities to bail it out with last-minute bids for more places to start in September.

Gove’s system has been particularly poor at recruiting students to learn to teach shortage subjects such as science, technology, engineering, maths and modern languages, despite the eye-watering bursaries of up to £25,000 on offer. Schools already lack well-qualified teachers in these subjects, so students prefer the specialist university departments – if they still exist.

‘University teacher training departments rated outstanding are to lose 20 per cent of their primary places in 2015.’

Yet to make room for its unrealistic plans to expand School Direct, the government has cut university places again. Michael Gove said when the scheme was launched that it would “weed out poor teacher training providers”. Yet some university teacher training departments rated outstanding, such as those at Cambridge and Manchester, are to lose 20 per cent of their primary places in 2015. Durham (also outstanding) has had its history places cut from 22 to just six.

Three universities – Bath, Anglia Ruskin and the Open University – have already shut their departments because of the difficulty in maintaining specialist staff when places are dwindling and uncertain.

Traditionally, universities have recruited student teachers to the “gold standard” postgraduate certificate in education (PGCE), and arranged work placements in schools, providing a mix of academic study of education together with valuable supervised and supported experience in a range of schools.

Then, in 1998, came the Graduate Teacher Programme (now scrapped), which licensed certain schools to train graduates as teachers under the supervision of a university. School Direct is different. Under the scheme, schools recruit graduate student teachers directly and train them, paying them as unqualified teachers with the likelihood of a job at the end.

The trend towards such school-based training is looked on with disbelief by countries that have gone the opposite way, responding to evidence that high quality teaching cannot simply be learned on the job. High-performing education systems elsewhere put particular emphasis in the element of research in teacher training (BERA-RSA inquiry final report, Research and the Teaching Profession, May 2014).

And inspection evidence in this country shows that the quality of school-based training is patchy to say the least – less than 20 per cent is rated outstanding, against nearly 50per cent of university-based training. This probably explains why PGCE courses tend to be hugely oversubscribed, while School Direct struggles to recruit.

• Government statistics in October showed that 2,000 new teachers are not teaching six months after qualification. Over 1,000 decided immediately not to teach. Astonishingly, 328 who failed the course are now working in schools, 44 per cent as unqualified teachers – academies, free schools and private schools do not have to employ qualified teachers.