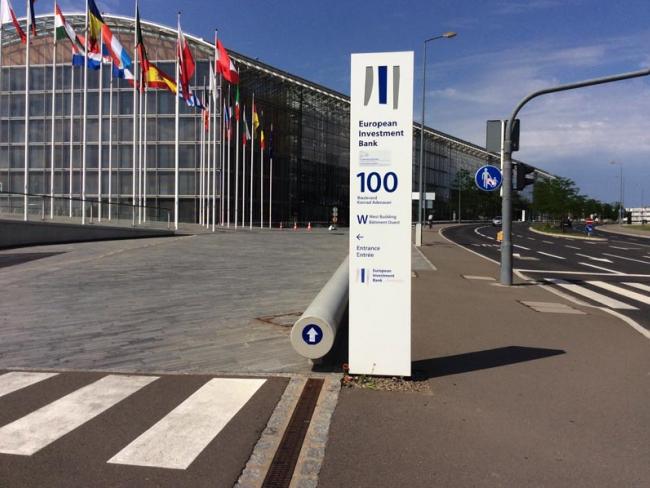 The EU elite have now taken to styling Luxembourg City the “Capital of Europe”. They have built themselves the modern district of Kirchberg to help them feel comfortable in their capital. No one lives there, no one needs it, but the EU has never let that get in the way of spending in the “age of austerity” and the Greek crisis.

High on a plateau of the same name, Kirchberg is a modern folly. It has schools, an Olympic-grade pool, theatres, flats, 5-star hotels and Michelin-starred restaurants. To get around there’s a four-lane highway and bike lanes. A tramway link is planned. All that's missing is a resident population – and businesses to fill the empty shops.

This grand development is isolated from the rest of the world. Visit Kirchberg at the weekend and you’d soon discover that people are at a premium. You might see armed guards outside a beano for young Eurocrats, a score or so of visitors to the glistening new museums, a few people on bikes and maybe a wedding party at a hotel. That's it!

The greatest folly is the European Parliament complex. The parliament sits in both Strasbourg and Brussels, yet its secretariat is housed in Luxembourg, including space for plenary sessions last held there over 40 years ago. There’s a massive rebuilding programme expanding the Luxembourg facility to 3 million sq ft at an estimated cost of €850 million. The EU claims that this will produce efficiency savings of €363 million over 20 years. The basis for that calculation is unclear.

On the other hand, the EP ignores a report it received from the EU Court of Auditors last year. That showed it could make savings of €114 million a year by moving the parliamentary seat from Strasbourg to Brussels. And it could save another €1.4 million by relocating all employees from Luxembourg to Brussels.

The real savings for the people of Europe would be to do away with the whole corrupt edifice of the EU and its institutions. ■