No end to foreign attacks on Yemen 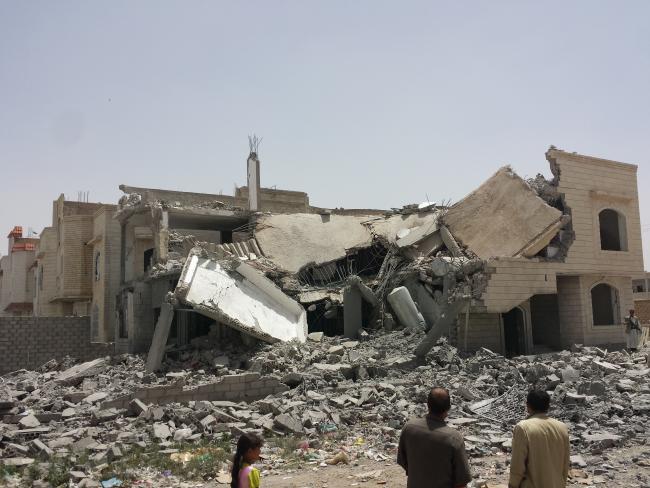 Since March 2015, Yemen has been under attack from a coalition headed by Saudi Arabia, including the UAE and other Arab countries and backed by the US and UK governments. Many Yemenis have been killed or injured.

Saudi-led airstrikes have killed at least 18,000 Yemeni civilians since 2015, according to a United Nations report issued on 9 September. There have been on average ten air strikes every day since the Saudi bombing campaign began a total of 23,000.

The US-based Armed Conflict Location and Event Data Project (ACLED), a non-profit conflict research organisation, estimated in October 2019 that the war has claimed more than 144,620 lives in Yemen since 2015.

UN children’s agency Unicef said in August that in Yemen “one child dies every 10 minutes from preventable causes, including malnutrition and vaccine-preventable diseases.”

Yemen’s Foreign Minister Hisham Sharaf Abdullah criticised the USA and Britain for supporting Saudi Arabia in its aggression. As CIA analyst Bruce Riedel has said, “if the United States and the United Kingdom, tonight, told King Salman [of Saudi Arabia] ‘this war has to end’, it would end tomorrow. The Royal Saudi Air Force cannot operate without American and British support.” And that’s been true right from the outset of this intervention.

James Kariuki, Deputy Permanent Representative of the UK Mission to the UN, said to the security council meeting, “We know there is no military solution”. That has not stopped Britain and the US from continuing their military support to the Saudi coalition.

In March 2019 the US congress opposed continued US involvement. President Trump vetoed that. President Biden suspended arms sales to Saudi Arabia, but not to the UAE, and has stalled on answering questions from Congress about ongoing US involvement in Yemen.

Shhh! Don’t mention Britain’s role in the bombing of Yemen...
US admits to ground troops in Yemen
Britain's role in the Saudi attack on Yemen