No limits on access to British fishing grounds, says EU 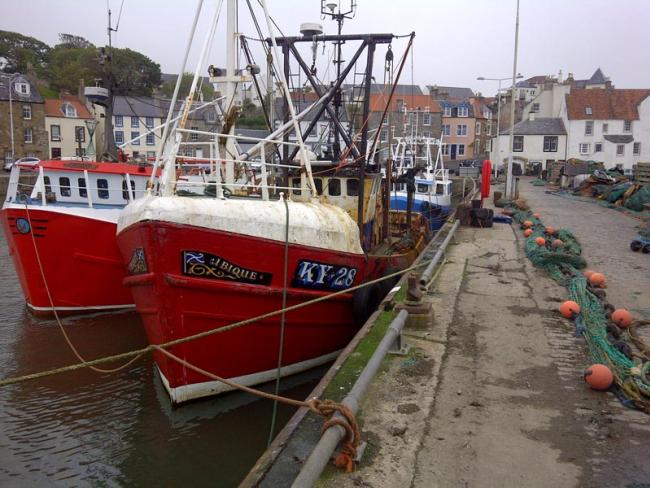 Fishing boats in harbour at Pittenweem, near Fife. Photo Workers.

France has demanded a 25-year agreement on fishing shares with Britain after the Transition period from 2021. Together with the European Commission’s current insistence that EU boats continue to have untrammelled access to British waters, the idea makes no sense for Britain.

The Common Fisheries Policy (CFP) allocates catches based on historical data from the seventies and eighties that no longer reflect the amount or species distribution of fish in UK waters anyway. It allows EU Fishermen to take nearly five times more fish from our waters than their British counterparts.

This was underpinned by the London Convention, which we have now left, and the CFP which, according to the government, will no longer apply next year. The Fisheries Bill, soon to become law, will require foreign boats to have licences to fish in our waters that have to be negotiated annually including reference to specific and up-to-date fishing stocks data and associated conservation policies. Our own fishermen will be able to catch far more fish.

The Department for Environment and Rural Affairs is in the process of strengthening its fishing patrol force. Two extra ships have been hired to bolster the Royal Navy Fishery Protection Squadron, already comprised of four River-class offshore patrol vessels and a helicopter. More than twenty other potential patrol boats are now on standby.

The government is considering a Norway-style agreement which would end the EU allocation system and lead to a sustainable conservation model based on current fishing habitats. Norway and the UK are considering bilateral talks in the first instance. Or the annual EU-Norway negotiations on the above basis could become tripartite. Currently, though, the EU is showing no appetite for any change.

Campaigning organisation Fishing for Leave has welcomed the government’s positive statements, while emphasising the need to hold it firmly to its word.