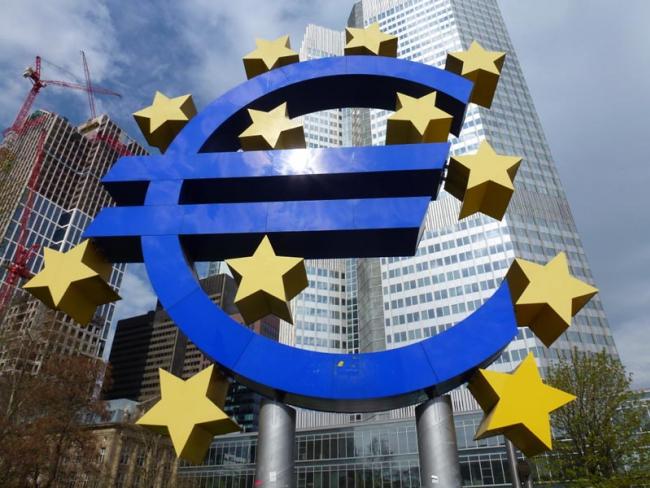 The EU: mired in debt, riven by division and dissent, doomed to decline…

Nowhere were the worldwide economic concerns in December 2018 more evident than in the EU. The EU’s financial weakness during 2007-2010 and 2013-2014 reappeared following the “shock” announcement by the European Central Bank (ECB) that growth would be lower than expected – and inflation higher.

Banks across the eurozone found they had alarmingly high financing costs, including Germany’s Deutsche Bank. The Italian bank Uni Credit was in the same boat. It was forced to pay almost 8 per cent a year in return for a loan of €3.5 billion to keep it afloat. And Spain’s Santander Bank announced that it was altering its debt repayment schedule to avoid repaying on time the debt owed on one of its bonds.

Analysts from Union Bank of Switzerland have since forecast that €450 billion of banking debt instruments need to be issued in the next twelve months. This has forced the   to make a new offer of cheap loans to those banks (that is, printing money).

Data revealed last December show that the EU’s financial fractures since 2007 have not even started to mend. In March it emerged that the German banks Deutsche Bank and Commerzbank are in talks to merge. This is born out of extreme financial weakness. In short, the ECB and the EU banks are between a rock and a hard place.

The Italian economy is in a desperate place, with its leaders forced to break the Maastricht Treaty by escalating the budget deficit above the 3 per cent limit agreed by the EU.

The deficit is set to reach 3.7 per cent by 2022 – and that’s on the rather charitable assumption that there’s no slowdown in the global economy during that period. But the EU is so terrified trouble that it let the Italian budget go through even though it broke its own norms.

If Italy becomes unable to service its debt (by repaying its bondholders) it will lead to a full-blown crisis – not least because the Italian economy is ten times the size of Greece’s.

On top of that, the EU is now in an even weaker position to take any emergency action, as any bailout of Italy would require approval by the German Bundestag.

The eurozone is on the slide. Growth in the euro countries slowed from 2.3 per cent in 2017 to 1.8 per cent in 2018, with much of the decline coming from poor figures from Germany, the “engine” of the eurozone economy.

Things are so bad that on 10 April the ECB warned that when the next set of figures comes out, they are likely to show that the eurozone economy declined still further over the new year.

The European Commission (right) is forecasting growth of just 1.3 per cent this year, though some analysts say 0.9 per cent is more likely. Meanwhile, the International Monetary Fund reckons that growth in the UK will be 1.5 per cent. So much for the Brexit armageddon!

Eurostat reported that industrial production outside the eurozone had, in contrast, risen, by 0.3 per cent. So much for the magic of the euro.

The EU’s attempts to force Switzerland into accepting its demands for a new treaty continue to meet resistance.

One huge sticking point is the Swiss procedure for accepting “posted” workers from EU companies.

Switzerland has accepted the principle of free movement, but is unwilling to give up its current arrangement whereby companies must give 5 days’ notice so that the Swiss can check that local terms and conditions are not being undermined.

To the EU these five days – in fact any notice at all – are unacceptable. Swiss employers don’t care, but the Swiss trade union federation does, and voted unanimously at its annual conference in autumn 2018 to keep the status quo.

The Swiss stood firm, and the EU shifted its deadline to the end of June. But that deadline, too, will almost certainly have to be moved because Switzerland is likely to have to hold a referendum on whether to accept the EU deal.

The EU is also finding that central Europe has become a thorn in its side. Last year the European Parliament voted to trigger sanctions against Hungary and Poland for departing from “European values”. The process leading to sanctions has been taken up by the European Commission – but all that will do is show up the impotence of the Commission.

In principle, the sanctions could lead to funds being withheld, and even lose Hungary (in particular) its vote in the European Council.

But that won’t happen, because it would require a unanimous vote, and the two countries have promised to veto any move to sanction the other. The empire is indeed facing a rebel alliance.

• Related article: What are we waiting for? Just leave!