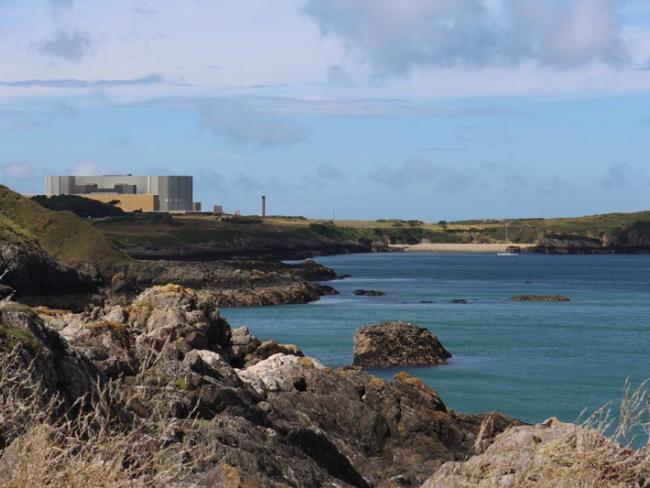 Hitachi is abandoning development of the Wylfa Newydd nuclear power station. The £16 billion project would have supplied about 6 per cent of Britain’s electricity.

Britain’s independent nuclear energy policy is now in disarray. The Japanese conglomerate’s plan for another station at Oldbury in Gloucestershire is likely to be withdrawn. And two months earlier, Toshiba ditched its project at Moorside in Cumbria and scrapped its UK nuclear division after failing to find a buyer.

The loss of around 850 highly skilled engineering jobs at Wylfa, coupled with up to 9,000 involved in construction, is a blow to the economy of North Wales. Similar losses will be repeated at the other sites. But the damage goes far wider.

Successive governments have been unenthusiastic about nuclear power, but recognised its place in a balanced energy mix. Supply from renewable sources is intermittent, and the alternatives apart from nuclear create carbon emissions.

The government’s 2013 nuclear strategy included building up to 12 nuclear reactors by 2030, providing about 30 per cent of the expected demand. Now only three sites remain. Hinkley Point is under construction, with questions about its technology and economics. Bradwell in Essex and Sizewell in Suffolk are planned, but their completion is uncertain.

Britain’s weak-kneed government is left desperately scrambling around to explore unsatisfactory alternatives. It will have to burn more fossil fuels, increase the pace of its renewable energy investment or rely more heavily on Chinese investment.

This cannot go on. There has to be a strategic shift as we leave the EU and its aversion to governmental, state-led intervention. Britain must quickly develop a national nuclear body again and invest for the future.

We must build on the construction, technical and engineering skills still available and establish the expertise to build our own new nuclear plants. Then we will not be hostage to foreign companies charging the earth or failing to come up with the goods.

Business secretary Greg Clark bewailed the failure to secure a deal with Hitachi, despite a “generous and significant” package of support. That included a guaranteed price of £75 per megawatt hour for 35 years against a current market price of £50.

This government support seems to have been particularly generous to consultants and advisors too. Accountants PWC were paid £4.5 million as financial advisors. But it also advises Horizon, the Hitachi subsidiary that has now pulled out.

As well as PWC, engineers Arup and lawyers Linklaters are acting for both government and nuclear plant developers. Meg Hillier MP, chair of the Public Accounts Committee said last year before the problems emerged: “Given how little we have to show for it in progressing delivery, there are questions that have to be asked about the advice to government.”