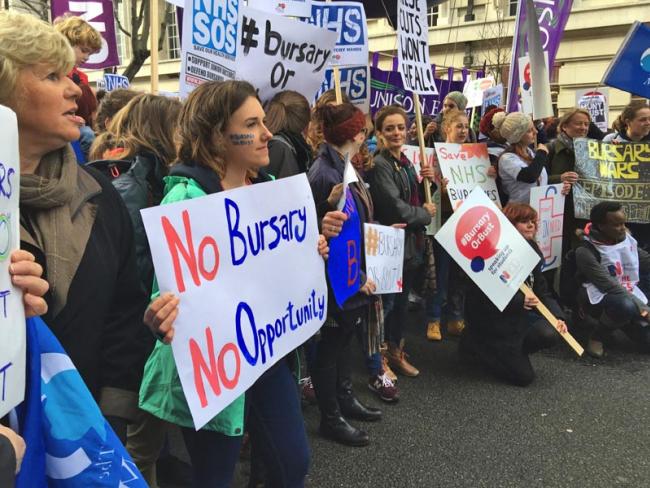 Another day and another newspaper headline along the lines of “Brexit Causes NHS Staff Crisis”.  There is certainly a nurse staff crisis in the NHS but it is not Brexit-induced – and that’s the word of one of the staffing agencies which are making a tidy fortune from the crisis.

On 17 June Stephen Burke, CEO of HCL Workforce Solutions, one of the major agencies supplying the NHS, wrote to The Times in response to the announcement that the number of EU nurses joining the UK nursing register  to work in the UK has fallen by 96 per cent since June 2016.

He explained that “HCL has registered [on its own database] more European Nurses in the year since the referendum than the  year before” . He went on to explain that it was the standardisation of English Language tests in January 2016 for EU and non-EU nationals which has led to the decline.

With 40,000 nursing posts vacant in England, it’s time to refocus on the real causes of the staff crisis. As recently as 2011 student nurse posts were cut as there were supposedly an “oversupply”. That is why there has been a shortfall of new nurses joining the register since 2014, and why the government has been complacent that we could rely on an overseas supply.

But blaming the government ignores the main cause of this shortage: the nursing profession’s own reluctance to fight for their pay and conditions which predates the nearly decade-old pay cap.

‘Individual survival tactics are now part of the collective disaster.’

In many instances, instead of tackling the employer, nurses have chosen to manage their financial and emotional stress by not working in full-time posts and instead have joined agencies to get a higher shift rate to get by – at the expense of no holiday pay or a pension in the longer term. These individual unsustainable “survival” tactics are all now part of the collective disaster which is the national vacancy rate.

Now both Unison and the Royal College of Nursing are campaigning around pay with slogans of “Pay up now!” and “Scrap the cap”. There have been regional events on the topic of pay and the RCN is planning a national demonstration on 6 September, when Parliament returns.

These are welcome signs but the scale of involvement of the membership must be far greater. Somehow the sense in the profession that “someone (else) has got to sort this out” has to be shaken off.

This self-neglect of the needs of nurses has been accompanied by what is being described as the biggest act of “self-harm” by a government  – the decision to impose tuition fees on all nursing and midwifery and allied health professional students from September 2017. The immediate consequence has been a 20 per cent reduction in applications for nursing  for this September – at a time when numbers should be increased.

The profession left existing student nurses, who lack industrial muscle, to oppose this move. The nursing regulator was advised of the possible adverse consequences and chose to do nothing presumably in the vain hope of plugging gaps with overseas staff?

What can be done now? Finally, there is some opposition from the university sector – initially vice-chancellors were optimistic of more students (and therefore more income). Now reality has hit.

On 1 August David Green, vice-chancellor of Worcester University, said, “Far from providing an extra 10,000 nurses by 2020, the current policy mix seems almost designed to create a serious crisis.” This is pretty much what his own staff and students had been saying since this proposal went to consultation. And to date he is the only vice-chancellor to speak up.

In Manchester, the new Mayor Andy Burnham has proposed to fund tuition fees for nurses who train in the city and agree to work in the NHS there for five years. We need a solution for this September’s students who are  already caught in the net. If the Manchester proposal were made nationally in the next few weeks current vacancies on nursing programmes stand a chance of being filled during the clearing process. But any serious workforce planning needs the decision to impose tuition fees to be reversed – and sooner rather than later.