Skip to main content
Home » News/Views » The promise of hydrogen

The promise of hydrogen 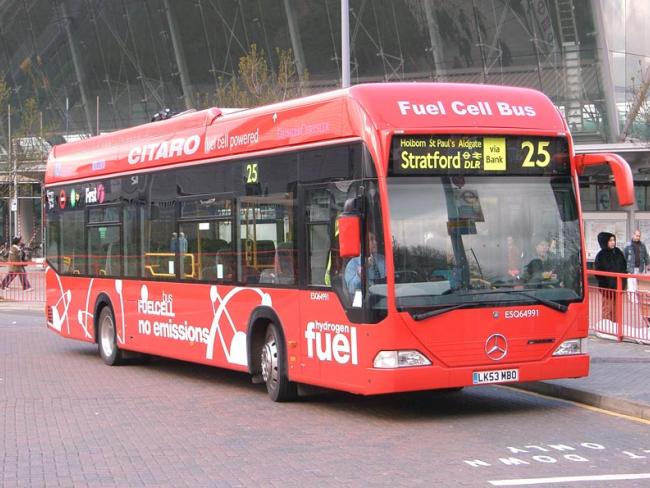 A hydrogen fuel cell bus at Stratford, east London – 16 years ago. Where is it now?

Hydrogen has a huge potential to deliver clean energy. That’s why our scientific community is pursuing an alternative vision, investigating hydrogen as a potential power source.

Hydrogen can generate energy in one of two ways. So-called “blue” hydrogen is made from natural gas; it is “clean” but not entirely carbon free. More interesting is “‘green” hydrogen as an alternative to batteries for some applications and without the limitations of that technology. It is made by using surplus energy generated by solar and offshore wind to convert water or seawater into a fuel that can be safely stored and transported.

PEM variants are already in operation on the Humber to make hydrogen from sea water, using electricity from the Hornsea wind farms operated by Ørsted, the Danish state owned company.

There are other developments. The industry has a vision for liquefied hydrogen to displace diesel in buses and lorries during the coming decade.

Research is underway aimed at converting hydrogen into a synthetic fuel to power ships and aircraft. And a pilot project is about to launched in Leeds using hydrogen in central heating boiler systems. It is also considered to have the potential to displace coal and gas in the steel, glass, cement, chemicals and fertiliser production industries.

Like natural gas, hydrogen is expensive to store. But geologists consider that the use of abandoned salt caverns peppered along the East coast of England is possible. They are easily accessible and capable of conversion into hydrogen storage facilities at relatively modest cost.

The early indications are that Britain has the potential to become a global leader in clean hydrogen technologies and a net exporter within a relatively short time.

Freed from the anti-innovation, anti-progress clutches of the EU, Britain has the opportunity to invest in itself and its future. We showed what can be achieved during lockdown. People put their heads together to produce what was needed. There is a willingness to share and co-operate, thwarted only by bureaucratic interference.

Tomorrow’s innovation is next year’s relic. What will stand us in good stead is a culture of change, of never resting on our laurels. Centres of research twinned with manufacturing hubs is a model for a bright future.

Britain will need a technologically adroit, highly skilled workforce to make this a reality. Schools, institutions of education and employers also have a part to play in the future of energy.

Not so much a shortage of fuel, more a shortage of honest facts
Refinery workers vote for action on pay and pensions
Still no plan for energy
Nuclear – our best guarantee of energy security
Small reactor revolution [print version]