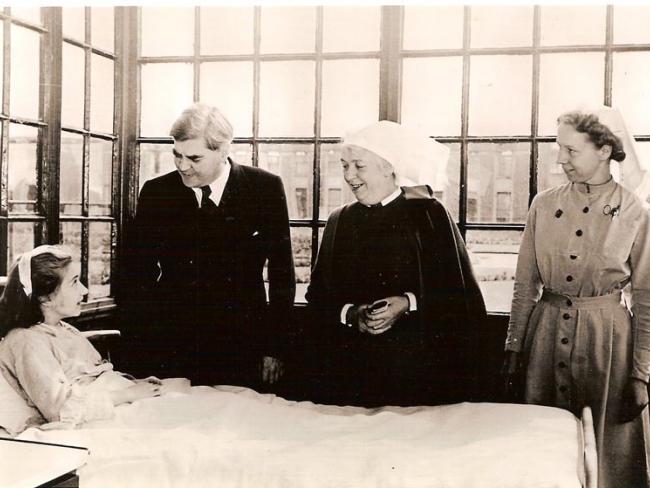 Park Hospital, Davyhulme, near Manchester, on 5 July 1948, the first day of the NHS. Good publicity for health minister Aneurin Bevan (second from left), but the true foundations of the NHS lie in a generation of questioning health workers.

The British working class has a good history of “doing the 24-hour job” and asking the questions at the same time – during the Second World War, for example. Some members of that generation are still alive to tell the tale.

Although the origins of the NHS are often attributed to a named politician, the true foundations of the NHS lie in a generation of questioning health workers who provided the emergency hospitals scheme during World War 2. These were workers who had experienced the pre-NHS system with all its difficulties, and who found it wanting when war broke out and there were many civilian and military casualties.

During the war these health care staff experienced the advantages of centralised planning to bring about improvement and they vowed it must never go back to the old system. Even while the war was raging the discussion was raging too, evidenced by the book Health for All, which was published during the war in 1942.

The book’s third chapter includes this interesting observation: “Until war became imminent it was only with the greatest difficulty that anyone could be persuaded to regard the chaotic and anachronistic structure of medical practice and hospital services as of any real importance to the nation. Weaknesses were admitted but were generally excused as being part of our traditional British method, and anyone who suggested serious changes was considered either to be personally disgruntled or politically a revolutionary.”

Something similar is happening now.