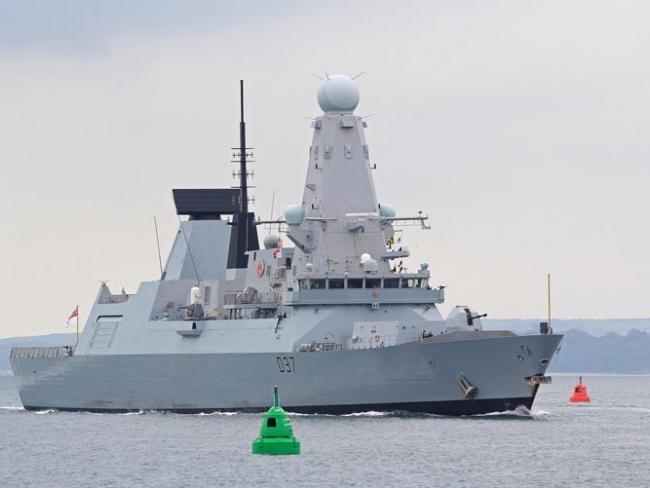 After all the sabre rattling and tub thumping over the Russians exercising their right to sail international waters, the Royal Navy’s spin department is looking a little seasick.

One of the glorified gunboats, HMS Duncan, deployed to pursue the Russian aircraft carrier, broke down while playing war games with the navies of Portugal, Spain and Germany and had to be towed home like a derelict barge. Sad when its design is hailed as revolutionary and the pride of the Navy.

When the Russian aircraft carrier and support vessels were passing, the Navy spin was that they were so unseaworthy that most of the fleet consisted of tugs and repair ships. But the Russian fleet got to the Mediterranean; HMS Duncan didn’t make the Bay of Biscay.

When is the government going to admit the Empire has gone and turn the Royal Navy into a useful agency for fisheries protection and the prevention of people smuggling? With the smallest number of ships under its auspices – 3 assault ships, 13 frigates, 6 destroyers, a third of what it had 20 years ago – the time to give up pretence is overdue.

Royal Navy ships are leased back to the Royal Navy. This was a complicated deal to keep various private shipbuilders in business dating back to Thatcher’s time. They could be rented out to navies of the world – India, Australia, New Zealand, Middle Eastern states – if required. Hence the pressure from the shipbuilders to get navy contracts is really about exports, and not sinking Russian fleets or defending Britain’s shores.

• More sabre rattling occurred with the deployment of 150 British troops to Poland, as near as they can possibly get to Russia’s border. Provocative and stupid, this is boy scout politicking. The government is parading a fabricated history of close working between Britain and Poland, in so doing rewriting the period prior to the Second World War when British intrigues in Poland were all about encouraging it to attack the Soviet Union. Only in recent years when Poland joined the EU and provided cheap labour have British employers smiled on Poland.

Don't let them bargain away defence!
No sovereignty without defence
Every empire needs an army – especially the EU
The EU empire's surge towards a European army
Who voted to hand over the army to the EU?