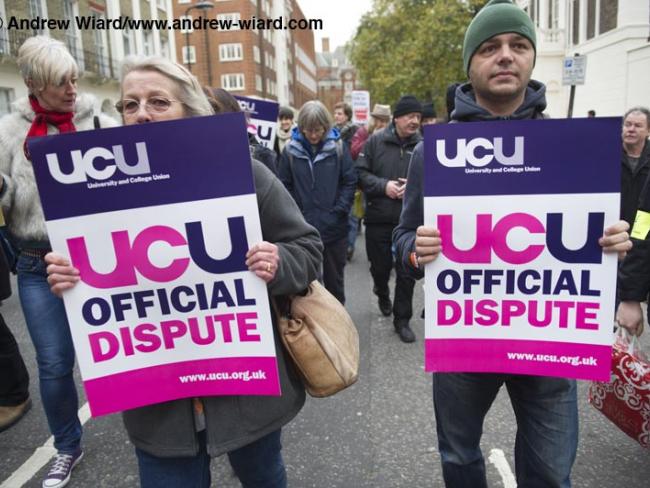 Academic staff in higher education are in dispute with university employers over their pay, which has fallen 14.5 per cent in real terms since 2009. This is the most challenging time of year for action in the sector as in most subjects the formal teaching year has ended. Thus the question was – what tactics to adopt after the well supported two-day strike in May?

Their union, the UCU, has signalled it is in this dispute for the long haul. Plans are in place to start a marking ban in the autumn to coincide with marking of dissertations on Masters programmes which are submitted at the end of the summer period. In the meantime all branches are striking for one day in June or July, each choosing a date that makes maximum impact locally. Meanwhile what began as a small “additional tactic” of academics resigning as external examiners has continued to build – again the impact of this will be felt at the start of the autumn term. Many external examinerships expire at the end of an academic year, and it is now vital to ensure that no one applies to fill those vacancies.

Union members at many universities such as Warwick and Liverpool have already taken action that has hit student Open Days, while other institutions have coincided their strike day with graduation events. At Middlesex University in London the local strike day coincides with the University Teaching and Learning conference, so staff are holding a “Teach Out” on the picket line with speakers explaining the government’s attack on Higher Education and the student union speaking about the NUS campaign against the White Paper.

• For more on this dispute, see cpbml.org.uk/ucu_action_spreads

Keep repayment threshold for student loans, says UCU
A community's fight against buy-to-let profiteers
Training professionals during the pandemic
A sustainable future for higher education
Universities - Mortgaged to the hilt