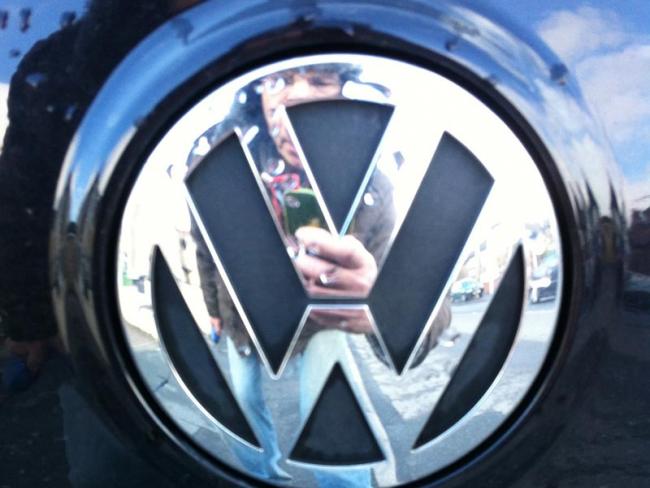 The Volkswagen diesel emissions crisis is the worst ever to hit the motor industry. But with almost all the attention focused on the German car manufacturer, what has Britain been doing? The answer is nothing. In an abdication of regulation and sovereignty, the British government has been standing by while hundreds of thousands of tonnes of air pollution have been added in this country, killing thousands of British citizens.

Britain is signed up to a testing regime approved by the EU that is deliberately lax, even without software to cheat the tests. And the EU’s lax regulatory regime allows carmakers to shop around the EU for the most compliant regulator. Once any authorised tester anywhere in the EU has assessed a make of car for emissions, that’s it: all 28 countries in the EU have to accept it.

“The manufacturer gets to choose where the testing is done.’

As the Department for Transport’s Vehicle Certification Agency acknowledges, “The testing is carried out either by independent test organisations, or by the vehicle manufacturers or importers themselves, usually at their own test facilities.” The manufacturer gets to choose where the testing is done. All too often, the regulator has been privatised and a private company does the work, increasing yet more the risk of the tester succumbing to manufacturer pressure.

Even so, it’s typical of this and recent governments that it appears to have made no attempt to verify the numbers. It was left to the US’s Environmental Protection Agency to repeat the Volkswagen tests and show that they were faked by software.

Faced with the evidence from the US, Volkswagen admitted in September that it had used software to cheat on emissions tests. Its “defeat device” turned on emission controls when a car was being tested and switched them off when it was on the road. Their cars were emitting 40 times the amount of mono-nitrogen oxides (Nox – nitric oxide and nitrogen dioxide) allowed under the US Clean Air Act. The 11 million Volkswagen diesel cars may have added a million tonnes of air pollution globally every year.

In 2007 the EU passed a law to outlaw these defeat devices and shift testing on to roads, but it failed to enforce this law. The European Commission is supposed to check that its laws are enforced but it did not, saying that it was up to EU member states. The British and French governments would not say whether they had ever carried out any inspections for these devices. Germany, Spain, Slovakia and the Czech Republic all said they had not done so.

It’s not just Volkswagen. Every major car manufacturer is selling diesel cars that fail to meet EU air pollution standards on the road in Europe. Diesel cars from Renault, Nissan, Hyundai, Citroën, Fiat, Volvo, Jeep, Mercedes-Benz, Honda, Mazda and Mitsubishi have all passed the EU’s laboratory-based test, known somewhat ridiculously as the New European Driving Cycle, NEDC, even though it was last updated in January 1997, when John Major was prime minister.

“The NEDC was never intended to represent real-world driving.”

But all engines emit far more pollution on the road than was revealed in the NEDC because the car-makers designed them to perform better in the laboratory than on the road. As a spokesperson for Mitsubishi said, “The NEDC was never intended to represent real-world driving.”

For example, the EU’s tests allow cars to be stationary for 24 per cent of the test period and to decelerate for another 16 per cent. Testers tape over cracks around doors and grills, over-inflate tyres, use special super-lubricants, minimise the weight of the vehicle, and test at altitude, at unrealistically high temperatures and on super-slick test-tracks. The rules even allow carmakers to arbitrarily knock 4 per cent off the results at the end of the test.

The British, French and German governments have all lobbied the European Commission to keep in these tests loopholes that increase real world carbon dioxide emissions by 14 per cent above those claimed. They tried to carry over the loopholes from the NEDC to the World Light Vehicles Test Procedure (WLTP), which is due to replace it in 2017.

Diesel cars are far more polluting than petrol-driven ones, yet for 20 years the EU and successive British governments have given people incentives to buy them, in a wrongheaded attempt to tackle climate change, because they emit less carbon dioxide. As a result, they have grown from just 7.4 per cent of Britain’s car fleet in 2004 to a third now – accounting for half of new registrations. Three-quarters of the ten million diesel cars sold worldwide each year were bought in Europe.

Volkswagen has claimed that there were “no fatalities involved”, but the excess pollution emitted by their cars has surely killed many people. NOx is estimated to kill some 23,500 people in Britain alone every year. Vehicle emissions are responsible for 12 per cent of Europe’s carbon emissions. The EU has enabled this huge excess pollution and then has the brass to take legal action against Britain and five other member states for exceeding EU pollution limits.

This is a public health scandal, an environmental scandal and it is a perfect image of capitalism. Volkswagen’s Michael Horn told a congressional hearing in Washington that it was wrong for companies to put profits before people. But calling on capitalism to put people before profit is like calling on gravity to push water uphill.

It also gives the lie to the EU’s claim to be “social Europe”. It clearly backs private profit over public welfare.