Skip to main content
Home » News/Views » What's to be done about social care?

What's to be done about social care? 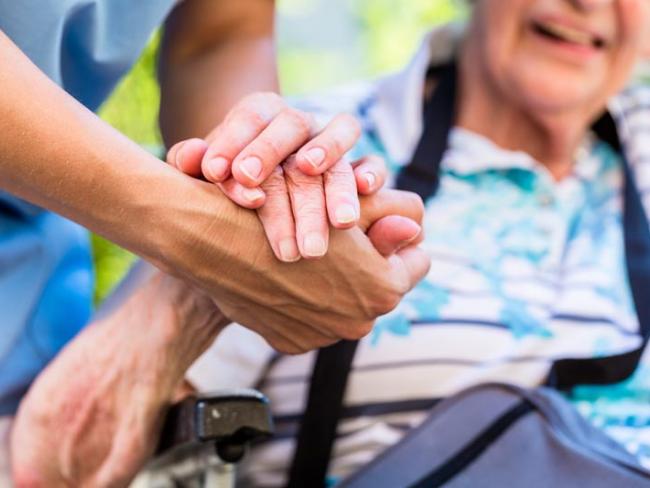 Leaving changes to social care in the hands of politicians has resulted in stalemate and backward steps. Photo Kzenon/shutterstock.com.

Health care dominates the discussion on the Health and Care Bill, understandably so in the face of a pandemic. But social care has almost always been an afterthought…

There’s a widespread recognition that the provision of social care in Britain and the way it is funded need to change. And almost as widespread is the disagreement about what to do. The government’s current proposals, announced last autumn after years of delay, are a step forward, but inadequate on their own.

The government published a White Paper in December setting out the social care reform programme. There was criticism on the detail about the way that a cap on social care costs would operate and doubts from trade unions and other bodies such as health policy think tank the King’s Fund about the overall strategy and whether it could be delivered.

Health care dominates the discussion on the Health and Care Bill, understandably so in the face of a pandemic, but it’s nearly always been the case that social care is an afterthought.

There’s recognition that the changes to health care commissioning in the bill are positive, putting collaboration in place of competition, and reversing the worst aspects of the disastrous 2012 Health and Social Care Act. And the funding that should be available for social care has the potential to make a difference. The question is how it will be spent.

Above all, the need is to make sure that decisions about social care are not delayed again. Plans must be realistic and implemented – to do that the makeup and skills of social care workers cannot be ignored. The sector employs around 1.5 million people: vacancy levels are high and rising.

The White Paper proposes to spend £500 million over three years on “transforming and developing the workforce”, but lacks detail on what impact that will have, relying on “partners” in the sector to deliver it. The risk is that without more direct input – and crucially, better pay – social care won’t move away from a fragmented, poorly regarded area of employment.

During the passage of the Bill the King’s Fund noted, in relation to health carer professionals, that two years after the 2019 election “…there is still no plan to address workforce shortages, and there is no certainty about the budgets for staff education and training. The health and care workforce crisis continues to be a blind spot for the government.”

It’s not as if problems in social care are new, created by the pandemic. They have been evident for at least 20 years – made worse in that time by a failure to act and by government policies that have fragmented care, aggravated by increased devolution to Scotland and Wales.

Leaving changes to social care in the hands of politicians has resulted in stalemate and backward steps. Those working in the sector have tried to defend conditions, notoriously poor in a largely non-unionised and fragmented workforce. And they’ve reacted to inequities and madness like the “15 minute home care slots”.

But unless they, and British workers generally, take a greater responsibility for the wider picture there’s a risk that the cycle of handwringing and delay will continue.

Adult social care supports people who need help to live in a dignified, civilised way. This includes helping young adults with learning disabilities to live independently and if possible, to go out to work.

The common image of social care is help to those who are elderly and infirm with non-medical needs. People over 65 make up about two-thirds of those needing support, but cost of care is roughly equally split between those of working age and the elderly.

There are also about 144,000 people paying for their own care in care homes (“self-funding”) and many more who pay for care in their own home or are supported by relatives. A key question is whether the new funding proposals make things any better.

Unfulfilled demand is increasing, again a long term trend. The NHS data shows that of the 1.9 million requests for support of all kinds, between a quarter and a third ended up with no support at all.

Social care, or more precisely the lack of adequate care, has a direct impact on health services. Hospitals cannot discharge patients who are medically fit unless there is adequate care. And the longer those people stay in hospital, the less likely they are to recover fully – leading to further health and social care needs later on.

Chris Hopson, the head of NHS Providers, put the number of people in hospital but fit to leave at around 10,000, or 10 per cent of the beds in England. That’s more than the number in hospital with coronavirus, under 8,000 at the time he was speaking in early December.

The social care crisis is attributed to the growing number of older people in the population, as well as increases in the number of people with chronic conditions like dementia and the number of younger people needing support to live independently.

But that’s not the whole story. Over 10 years ago Andrew Dilnot led a commission on how to reform the funding of social care. That was seen as necessary to open up improvements in care provision.

Dilnot called for the potentially unlimited costs to be capped, with any further costs met by the state, estimated at £1.7 billion based on a cap of £35,000 – a large sum, but not unrealistic given the benefits. Yet despite broad agreement and funding proposals included in the 2014 Care Act, the key elements have not been implemented.

Like earlier Labour governments, coalition and Conservative governments found it easier to delay than to act. Before the 2017 election Theresa May’s government decided to include social care funding in the Conservative manifesto, but it was new, underdeveloped policy apparently cobbled together. Mocked as the “dementia tax”, it ignored what had gone before and was widely attributed for their poor performance in the election.

Arguably that was one time when a prospective government should have focused on another issue – implementing the vote to leave the EU in the referendum in 2016.

But since then further delay has been punctuated by more policy reviews, a few promises and grand announcements – notably from Boris Johnson that his government would “fix social care”.

Over this long period social care provision did not stand still; it has become worse. In particular the role of local authorities has been undermined and the resources available to them have been cut.

Now 90 per cent of residential care is outsourced from local authorities, reversing the proportion in the 1980s. That’s in part due to budget cuts but was also the policy of successive governments, starting with the Labour policies on personal payments for care at home (which they did manage to implement).

The limits (in England) above which local authorities will not pay for residential care have been frozen since before Dilnot reported. Local authorities also have discretion to apply limits for care at home (much of which is also outsourced) – many councils are increasingly restrictive on what they will pay for.

Large companies that entered the care home market in the 1990s now account for about 30 per cent of homes. Often backed by private equity, their aggressive approach to profit extraction and tax planning has attracted criticism from unions – and was exposed in a BBC Panorama programme on 6 December.

Public money must not be wasted – either to boost the profits of offshore corporations or to pay high rates to employment agencies for covering permanent staff shortages.

It’s time to grasp the opportunity. A mantra of “terrible Tories” and waiting for another government to act won’t meet our care needs.

Social care – still at risk
Double funding for hospice care, says new report
We need a discussion, not a postmortem
Child social care in the red
Social care: the case for making it a priority