When government did support technology 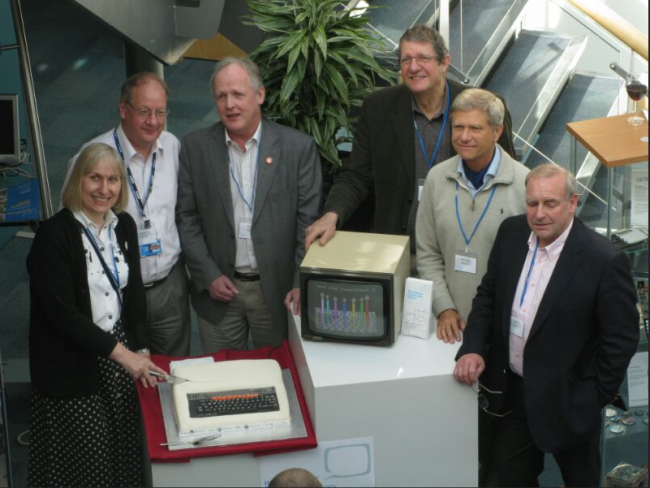 The creators of the BBC Micro getting together in 2012 for a 30th anniversary celebration in 2012. Computer scientist Sophie Wilson cuts the cake. Herman Hauser is second from the right. Photo Trevor Johnson (CC BY-SA 2.0).

ARM Holdings has its origins in the BBC Micro computer, produced in the 1980s after the government was persuaded to license a British company to produce a computer for schools to go along with BBC programmes on microelectronics.

Three companies were licensed, but the most successful was Acorn Electronics, led by Cambridge entrepreneur Herman Hauser. Austrian-born, Hauser first came to Cambridge as a teenager at a language school, and returned to take a PhD in physics at the university’s Cavendish Laboratory.

Acorn Electronics set up production in Cambridge, where the software for the BBC computer, BBC Basic, was also written. ARM was later set up jointly by Acorn and Apple.

Hauser’s unique contribution to microprocessor development was in the power consumption of his chips, based on RISC (reduced instruction set computer) architecture. He proudly boasts that he has never designed a chip that needed a cooling fan.

BBC computers may have been big enough to include a fan had it been needed, but the same cannot be said for mobile phones. So when smartphones emerged, ARM chips were the natural choice. Estimates suggest that 95 per cent of all the smartphones made in the world contain at least one ARM chip.

Acorn Electronics did not last, but the technology behind it did, in the shape of ARM Holdings. It’s a legacy that must be preserved at all costs.