Why the euro was bound to fail 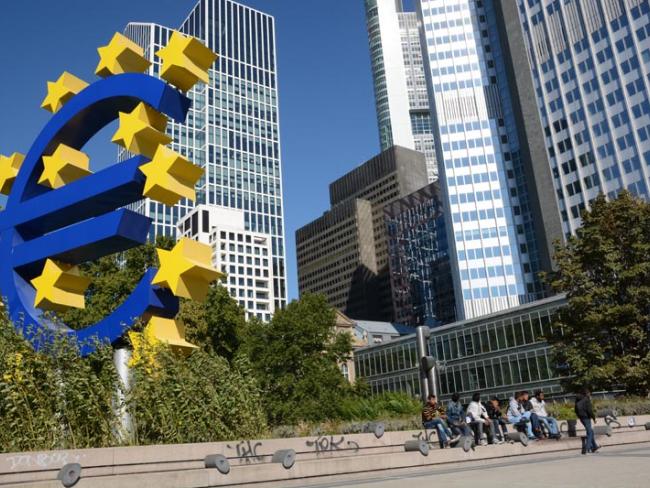 Economic journalists Larry Elliott and Dan Atkinson explain why the EU is failing. Their central claim is that the single currency was not a progressive project and never could be. As Adair Turner, former director-general of the CBI observed, “EMU … seemed justified as an impeccably free-market project, driving forward completion of the single market and supporting...the free flow of capital.”

The authors show how austerity policies are a direct consequence of the euro, reinforced by EU treaties and pacts. This has pushed down investment, productivity and living standards, and forced up unemployment, debt levels and inequality. The eurozone economy was no bigger in 2015 than in 2008.

Britain’s jobless rate is 5.1 per cent, the USA’s is 5.5 per cent, and Japan’s is 3.3 per cent. Eurozone unemployment averaged 11 per cent, double the rate of those EU countries that kept their own currency. The authors explain the cause: unlike Britain, USA or Japan, the eurozone adopted a multi-national single currency with a single interest rate.

The authors compare how Ireland and Iceland, similar in many ways, coped with the 2008 crisis. But the huge difference was Ireland’s membership of the eurozone; Iceland was not even a member of the European Union. As a result, Iceland had a free hand in letting its banks go bust, inflating its currency, effecting a steep devaluation of the exchange rate and imposing capital controls.

Bail out banks, or else

Ireland, by contrast, felt obliged to guarantee its banks’ assets and apply austerity measures. The Dublin government said meekly the banks should accept at least some of the losses resulting from their wild speculation. The European Central Bank response was blunt: it would cut off support unless Irish taxpayers footed the bill for the banks – that initially amounted to 64 billion euros or one-third of the Republic’s GDP. Ireland now has 11.1 per cent unemployed, Iceland 4.9 per cent.

“A kinder, gentler Europe was never going to happen.”

The authors observe, “For many on the left, Greece in 2015 was the moment they finally realized that this Keynesian vision of a kinder, gentler Europe was never going to happen. ... The interests of bankers have been given a higher priority than those of workers. Greece, Ireland, Portugal, Cyprus and Spain have been the laboratory mice in a continent-wide neoliberal experiment that ...has failed.”

Some indeed demand even more powers for the EU. For example, the bank UBS wants a new treaty decreeing “more sovereignty sharing through a central treasury and fiscal ministry, debt mutualisation, provisions for government default among members, more authority for the European Parliament and increased power for the high representative for foreign affairs.” By voting to leave the EU, the British people have shown the peoples of Europe the only way forward out of this trap.

Elliott and Atkinson sum up, “The euro has proved to be exactly the job-destroying, recession-creating, undemocratic monster the doubters always warned it would be. … [It is] supercharged monetarism – Thatcherism with knobs on”.