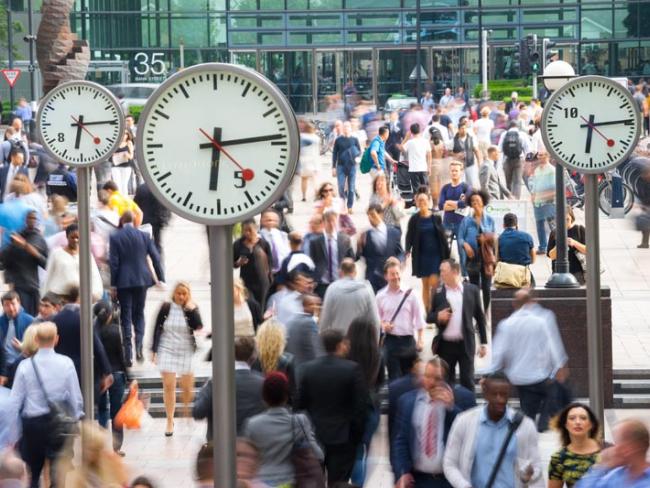 The fight for lower hours didn’t begin with the EU. It certainly hasn’t ended with the Working Time Directive – the number of hours we are working is climbing steadily…

A TUC initiative, Work Your Proper Hours Day came and went on 26 February this year without attracting much attention either from the media or from constituent unions and their members.

The day, designed to draw attention to the increase in working hours for British workers, may not have been a priority for Congress House. It has other fish to fry as it colludes with Cameron and Osborne in the Remain campaign.

The TUC estimated that if all the unpaid overtime worked by the average employee were put together at the start of the year, it would be mid-February before they started to be paid. Work Your Proper Hours Day was devised to mark this.

The very idea of having one day a year when you work your contracted hours shows the scale of the problem. The fact is that in almost every workplace around the country we have lost control of the hours that we work. We will pay dearly for this through stress-related illness and premature death.

In hourly-paid occupations, the overtime is effectively compulsory, but is at least paid. In other work – including most monthly paid jobs – unpaid overtime is the new normal (see Box).

British workers put in unpaid overtime hours worth £31.5 billion in 2015, though our class once led the world in the fight to limit the working day. Now we work long hours, take shorter and shorter lunch breaks and enjoy few public holidays. Sunday working, driven through against fierce opposition, particularly from USDAW, the shop workers’ union, has become the norm for many, not just shop workers.

No hope from the EU

Let us dispose quickly of the notion that workers can hope for anything from the EU on working hours. The Working Time Directive is sometimes cited, incorrectly, as having some bearing on the junior doctors’ contract. In fact, the BMA and their junior doctor members negotiated a far better agreement on working hours, which the new contract would dispose of. British workers fought to put limits on the day long before the EU, EEC or Common Market.

Left to its own devices, capitalism would have us take the absolute minimum of time to prepare ourselves for the next day’s work – time to eat a meal and sleep. It was against this that trade unions made the limit on the working day central to our early struggles.

‘Researchers predict a world in which there are a few full-time workers working increasingly long hours, and a reserve army of casuals.’

As Marx observed, a 10-hour working day had been normal in the 18th century , but in the years of the wars against revolutionary France, aided by the Combination Acts and fierce repression of trade unions, capitalists increased the length of the working day to 10, 12, 14, even 18 hours. Marx wrote that even as hard-nosed an apologist for capitalism as Thomas Malthus feared that workers would become extinct if this continued. The legislative limits set on the working day were the product of a protracted civil war between workers and capitalists.

Fifty years ago, pundits held forth about leisure societies. In the 1930s the bourgeois economist J.M. Keynes predicted that his grandchildren would work three-hour days. He would be puzzled to find British workers, who led the fight for the eight-hour day, increasing their hours.

A growing number of us, now 3.4 million – and that’s just the official tally – work over 48 hours a week, a figure that has been rising by 15 per cent year on year since 2010. We have zero hours contracts and internships. A growing number of workers, made redundant, find themselves driven into self-employment. Some may earn much the same as they did before, but with all the overhead costs met from their own pocket, not that of the employer they work for.

A study by LSE economists of what they call extreme working hours shows a trend of gradual deregulation along with an increasing ratio of long working weeks.

They predict a world in which there are a few full-time workers working increasingly long hours, and a reserve army of casuals, on short to zero hours and few if any benefits. In truth, in large parts of the economy, we are already there.

Many see nothing wrong with working every hour they wake, connected to the workplace by electronic devices. Toadies vie with one another to reply to the boss’s emails at more and more antisocial hours, and this becomes the norm. Who would have thought workers would gladly spend their own money on devices the employer could use to invade their spare time?

Neither is there any respite at the end of a worker’s working life. Increases in state pension age have wrecked the plans of many, not least women. If there were to be a single age for men and women at which they could start to draw the state pension, the logical solution would have been to make it 60 for everyone. Instead, successive governments conspired to hike it. So women born from March 1950 onwards, who had expected to be able to draw their pension at the age of 60 find the age pushed upwards. Men and women born after 1953 will now not draw the state pension until the age of 66; those born after March 1960 not until the age of 67; and those born in 1978 or later only when they reach 68.

A study by the Royal London pensions firm found that a worker aged 22 in 2016 would have to work until 77 to enjoy the same standard of living as his parents did when they retired. In some parts of Britain, that age could be even higher at 81.