Workers pay the price of the European Union 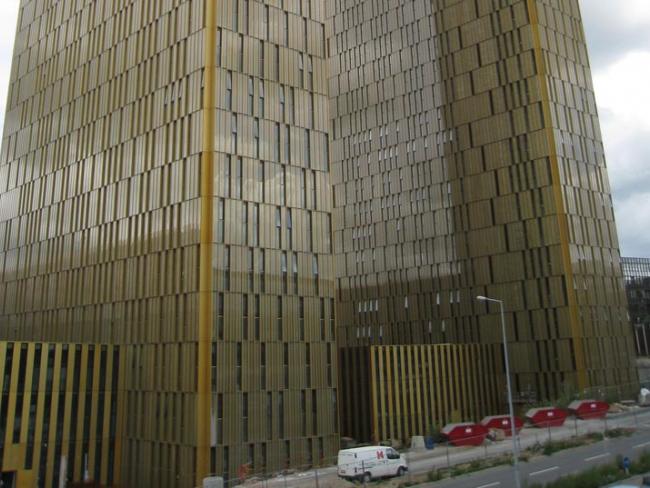 It’s become a mantra, endlessly repeated by Remainer unions: “Workers must not pay the price of Brexit.” What price would that be? And how about acknowledging the price of staying in the EU?

On 6 July 2017 Michel Barnier, the EU Brexit negotiator, addressed the EU’s Economic and Social Committee. His words were duly noted and passed on to unions in Britain by the TUC delegate to the committee under a title saying that Barnier “spells out the truth” about Brexit.

Barnier’s address, wrote Unite’s Martin Mayer with doe-eyed devotion, was “clinical in its analysis” and “impressive in its clarity”. And he dubbed as “fatuous” Theresa May’s statement that “Brexit means Brexit”. The TUC’s love affair with the EU was still going strong, despite the referendum.

At the meeting Judy McKnight, ex-TUC General Council, ex-General Secretary of the prison officers’ union, and described as “Leader of UK Workers Group members” although she is and was actually retired, repeated the worn old refrain that “workers must not pay the price of Brexit”.

The Fire Brigades Union, for example, which in June suspended executive member Paul Embery for two years for speaking out in favour of Brexit (see Stop shutting down debate), parrots every Project Fear statement put out by the Treasury. The union attacks the World Trade Organization for being “neoliberal” – but of course fails to say that the EU and the US were trying to negotiate the TTIP treaty because the WTO isn’t neoliberal enough.

Nowhere do these euro-enthusiasts talk about the fact that the EU constitution sets all the key principles of neoliberalism in stone, effectively unchangeable – the free movement of goods, services, capital and “persons” (this includes companies). That’s something that the bankers and transnational capitalists haven’t managed to get into a single national constitution outside the EU, not even the US. In particular, they see the European Court of Justice as the guardian of workers’ rights. Yet it is anything but that.

Successive ECJ judgements have made it perfectly clear that the rights to free movement – of goods, labour, services and capital – come first. The right to strike in pursuance of what it calls social policy (jobs, pay, conditions, pensions) cannot, according to the Viking judgement*, “automatically override” these fundamental rights.

More fundamentally, said ECJ Advocate General Poiares Maduro on 23 May 2007, “the possibility for a company to relocate to a Member State where its operating costs will be lower is pivotal to the pursuit of effective intra Community trade”. There’s the EU, in a nutshell: it’s a fundamental right for a company to move from country to country in search of lower and lower labour costs.

The EU’s fundamental rights are all about the market. It’s a far cry from “Life, liberty and the pursuit of happiness” or “Liberty, equality, fraternity”. In effect, the EU acts as a superstate whose constitution embodies the freedom of capital and capitalists in a way unheard of in any other.

The first price that workers pay is that they must allow outsourcing and privatisation of national industries and services.

The second is that they cannot strike to stop work being outsourced to a cheaper country. The ECJ made the reasons for that very clear: “Without the rules on freedom of movement and competition it would be impossible to achieve the Community’s fundamental aim of having a functioning common market.”

And of course there is the cost of the free movement of labour. It’s beyond doubt that it has hit unskilled workers in Britain particularly hard. It has lowered pay rates, and according even to the official Migration Advisory Committee, damaged the job prospects of lower skilled natives when the labour market is slack.

It’s not just the unskilled. Without free movement how could the government have erected the massive tuition fees barrier to the training of nurses, midwives and other health professionals while understaffing runs through hospitals like a plague? And the laws of supply and demand are clearly operating in other areas too, such as academic pay.

The TUC not only backs this free movement but, astonishingly, thinks that Britain’s migration policy should be handled on our behalf by Brussels. “It is … more effective for migration flows to be managed through EU legislation rather than member states creating patch-work laws to deal with the issue,” it told a government inquiry into EU powers in 2013.

The odd thing about the TUC’s blather on “workers’ rights” is that you might expect trade unions, of all bodies, to know that it is first and foremost through the existence and activity of unions that workers can establish and defend any rights that they have.

There is nothing – not a single sentence – in the draconian Trade Union Act 2016 that runs counter to EU law. Nor in the even worse bits that David Cameron’s government was forced to drop as the bill made its way through parliament.

Items that would not have bothered the EU included the proposed requirement for pickets to give their names to the police – an idea that Conservative MP David Davis objected to violently. “What is this? This isn’t Franco’s Britain,” he said, referring to the 40-year fascist dictatorship in Spain.

Yet the EU is supposed to guarantee “workers’ rights”!

And when collective action fails or is absent, the only recourse is often to an employment tribunal. Yet when the government introduced huge fees for employment tribunals in 2013, and Unison brought a legal challenge, it was primarily to English law based on Magna Carta and enshrined in 1297 that the Supreme Court turned in 2017 to rule the fees unlawful.

Back in 2015, Unite published a particularly biased leaflet called What has Europe ever done for us? (incorrectly equating Europe, a geographical fact, with the EU, a political construction). Among its outrageous claims was the oft-repeated notion that the EU “is also responsible for 3.5 million jobs in the UK.” The implication is that we would lose these jobs with Brexit. This is utter nonsense, though a number of politicians have said the same thing, and keep on saying it.

Claims that three million or more jobs depend on Britain being in the EU appeared following the publication of a report by Dr Martin Weale in 2000 for the National Institute for Economic and Social Research.

But the report did not say that these jobs would be lost if we left the EU. Far from it. It suggested that withdrawal may actually be beneficial. It was the fault of politicians like Nick Clegg, John Prescott and Stephen Byers that the findings of this academic report were twisted.

Weale was furious at this distortion, describing it as “pure Goebbels” (a reference to Hitler’s Minister of Propaganda) and saying, “in many years of academic research I cannot recall such a wilful distortion of the facts”.

What, then, does the EU offer workers in the way of rights? Its defenders talk admiringly about working hours legislation – but what’s to admire?

So any government could cut statutory holidays by a full eight days without contravening any EU law. Not that you would hear this from the TUC, which continues to push out stories talking about, for example, 7 million people’s holiday pay being at risk.

“There is no guarantee that [the government after Brexit] would keep paid holiday entitlements at their current level, or at all,” claimed the TUC in a typical act of gratuitous scaremongering, turning a blind eye to the lower holiday pay rights in most of the EU.

British maternity leave is another area where TUC alarmists have been trying to sow suspicion. Yet British law mandates up to 52 weeks of maternity leave, with Statutory Maternity Pay for up to 39 weeks. EU law? Pay and leave of up to 14 weeks.

And then there is health and safety. The TUC acknowledges that the government says it will transfer all existing health and safety protections from EU law to British law. But it adds, “there are no guarantees for what happens afterwards” – as if permanent future guarantees were possible.

“It should be written into the [Brexit] deal that the UK and EU will meet the same standards, for both existing rights and future improvements,” said Frances O’Grady, TUC general secretary.

This really is fatuous. It would leave Britain unable to improve its health and safety legislation unless the EU agreed to do the same, necessitating a negotiation with 27 member states. It would give Brussels sovereignty over workplace legislation in Britain, which is no kind of Brexit at all.

Back in 1988 the TUC waved the white flag and assumed that the only improvements in legislative protection for workers would come from Brussels. It’s still waving that flag, even though the EU itself acknowledges on europa.eu that “Responsibility for employment and social policy lies primarily with national governments.”

The truth is that our rights as workers have always existed only so far as workers have been prepared to fight for them and defend them. As long as we tolerate the employing class and the capitalist system, any rights we have will always be “at risk”.

But for now the urgent risk is that we fail to finish the job of the 2016 referendum. Nothing is so imminently threatening to the wellbeing of workers in Britain than allowing the independence process to be derailed.

• See Why trade unionists should vote to leave , which also contains a link to the ECJ’s Viking judgement.

• This article is an updated version of one published in Workers magazine in September 2017. Given the continuing confusion and reaction in trade unions, we thought it worth revisiting.

Agriculture: the great opportunity
The Making of a Nation - new leaflet from the CPBML
Labour: a corpse in need of burial, not resuscitation
Welsh seafarers call for jobs, training and a future
The weakness at the heart of the EU