Brexit must mean the return of industry 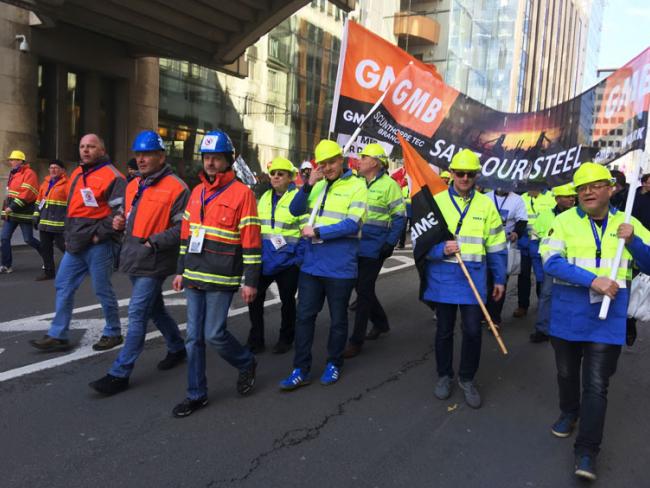 The government launched consultation over its industrial strategy on Monday 23 January. Just how far thinking has moved was shown by the first line of the secretary of state Greg Clark’s introduction: “Leaving the European Union allows – and requires – us to make long-term decisions about our economic future.” And about time too.

The strategy, announced in a speech by prime minister Theresa May, coincided with the launch of a report from the All Party Parliamentary Group on Steel and Metal Related Industries written by the cross-party group and Leeds University Business School. The steel report showed the extent of the challenges and – with Brexit – opportunities facing the industry.

Responding to the cross-party report, the Unite trade union said, “It was with bitter disappointment and a sense of betrayal that steelworkers learned of the decision to import steel for HS2. We cannot have a repeat of British steel being overlooked for major defence and infrastructure projects, or the dumping of cheap Chinese steel which left the industry teetering over a precipice. Not only is it a real blow to workers fighting for their jobs, but it’s not very strategic industrially.”

But Unite also took the opportunity to repeat its jaded message about having to stay in the single market – something clearly ruled out by the referendum vote, and indeed by the government, because staying in the single market means staying under the control of Brussels.

HS2 will be a real test of the industrial strategy. The projected £56 billion to be invested in the High Speed 2 (HS2) rail line should not just be about increasing speed and capacity on the transport network but also about binding the country together economically and becoming an integral part of developing the industrial strategy for Britain.

HS2 must guarantee that the civil engineering firms involved as well as the companies designing, building and maintaining the high speed trains (capable of travelling at 225 mph) are British, using and developing the skills of British workers.

The opportunity must not be squandered. Our class needs to bring these demands to the fore now. Exert pressure. Turn up the heat.